My version of Joni Mitchell’s Blue on TIDAL, redbook version, is split into two in my Roon library: tracks 1-4 in one album, tracks 5-10 in another album. I cannot tell why as every piece of metadata seems to indicate that it is the same album!

So I deleted the CD version off of my favorites in TIDAL, and accordingly it disappeared in Roon. Then I added the TIDAL redbook album again in TIDAL (where it shows as one album) and this is what it looks like in Roon: 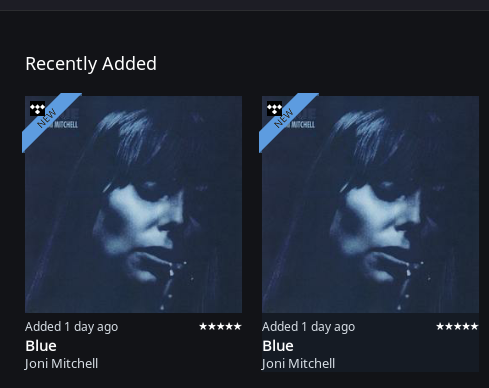 First “album” has the first 4 tracks: 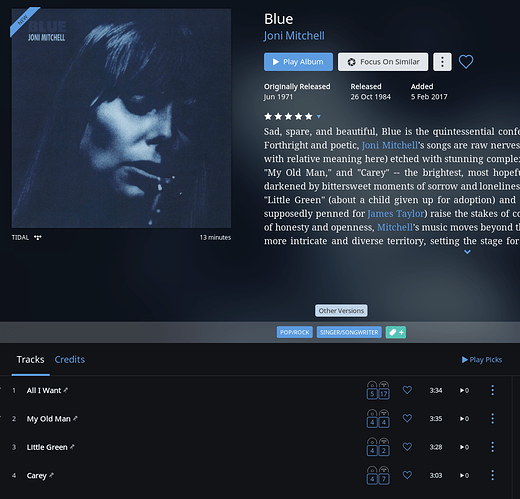 Second “album” has the following 6 tracks: 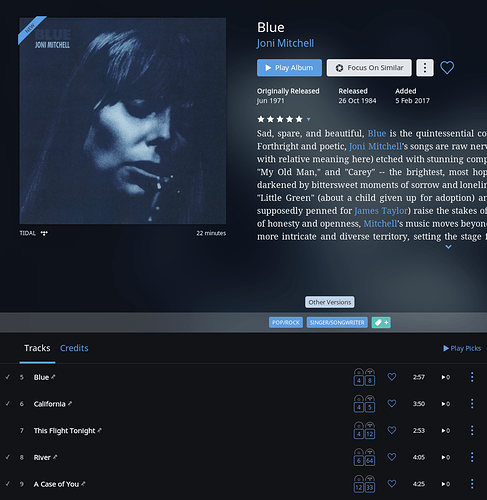 What metadata can I edit to collapse them into one album?

Go to Album Browser in Roon

Both Albums should now appear ‘highlighted’

The TIDAL MQA version shows up as one album, it is only the redbook that shows up this odd way.