Lacking detailed naming of songs in Deluxe or Expanded editions

I’ve noticed that a lot of the Deluxe or Expanded Editions do not have the expanded song detail that the metadata has for the most part in brackets, ie (live), (alternate take), (b-side), (demo)…etc. Without this information it just treats all songs as the same version naming which IMO should not happen.

Can you provide a few examples of this? I’ve seen it too, but let me know what you’re seeing and I’ll see if we can do better.

Thanks Mike, Here are 2 screen caps of the Deluxe Version of Nirvana “Bleach” one is using the Metadata in the file which is from Musicbrainz and one from how roon identifies it. With the missing info, if you were to just play radio mode you have no idea which version you are playing or that roon is suggesting… I have many, many albums with this missing song titled treatment, the majority of deluxe editions are like this along with CD’s that have both the mono and stereo versions. A perfect example of this is The Kinks Deluxe Edition of “Village Green Preservation Society” which CD1 is stereo, CD2 is mono, CD3 is rarities but roon has no indication for any song but MusicBrainz identifies (mono) and different things for the songs on the rarities CD. 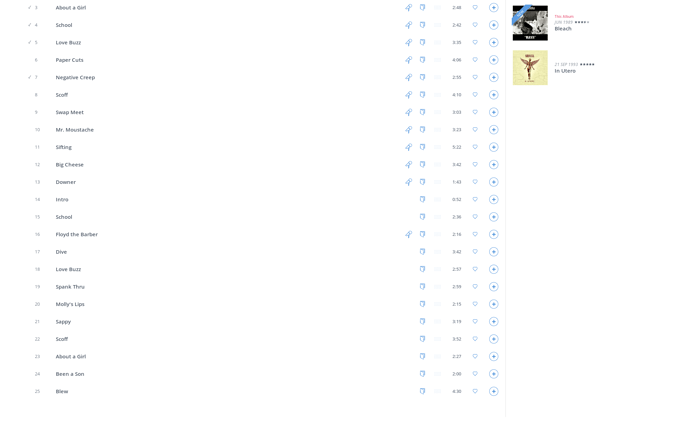 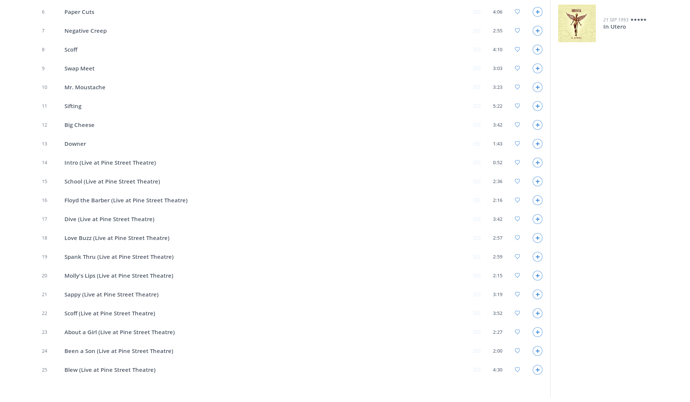 Mike, Just a thought… would make sense if roon could still identify the albums but as a option if you wish you could revert to using the metadata in the file for the track name only and keep all other info from what roon sets?

That’s definitely one strategy we’re considering, and one that I like a lot.

Working on it, guys – thanks for the feedback.

Or if it’s possible to link the song metadata information to the MusicBrainz database instead of linking to AllMusic’s?

Everything links to our database, not directly to AllMusic or MusicBrainz.

Oh, okay…for some reason I thought it linked to AllMusic.

They are one of our main data providers, but it’s not a direct 1:1 link.

We spent some time on this today, and I think we’ll be able to do a lot better here. Just working out the specifics.

It would also be good if the user can modify album name and artist name after it’s been identified by roon. For example the roon data has the artist Ramones come is for all albums as “The Ramones” which is just wrong and also I have a couple albums by the band Pavers and one album comes in as Pavers and one as “The Pavers”. Another things with album identifying I’ve noticed is if your album is not the one it identifies, so when you manually scroll through and pick your copy it does not change the album name. For example I have the Jethro Tull - 20 Years of Jethro Tull box set but the one it picks is “20 Years of Jethro Tull: Highlights” (which is as single CD), so I scroll through the options and pick the correct version, it correctly changes all data except it keeps the wrong album name… I have had to do this multiple albums and all with the same result, changes data but always keeps default album title of the wrong edition.