Last.fm scrobbling on Roon is driving me crazy

Is there anything that can be done to improve scrobbling on Roon?

Ideally, I’d like to be able to scrobble the Primary Artist only.

This is just one example. It’s particularly bad with Jazz albums on the ACT label. It’s a lottery when scrobbling Lars Danielsson or Wolfgang Haffner (for example). Classical stuff is terrible for this too.

Sometimes last.fm correct the errors at their end but quite a few slip through.

It wouldn’t be realistic or desirable to amend the metadata for every track and it affects Tidal tracks too. However, scrobbling direct from the Tidal desktop is fine, with very few of these issues.

Is this something that can be addressed in future releases. Please…

I wholeheartedly agree! It would be much better for Roon to scrobble to the main artist, omitting all those who are featured. Instead I’m now forced to be extra vigilant and manually correct these incorrect scrobbles every time. Can we have any official comment on this issue? Cheers, m

Thanks for the reply. I thought I was in a minority of one.

It would be good if there was an official response to this, rather than just ignoring the thread.

It’s one feature of Roon that is worse than in any other competing product I have previously used.

Unsure what to do here…

There is no notion of “main” track artist in Roon, it’s always a list of N artists with no implicit or explicit priority.

), especially when Last.fm data quality is concerned.
Scrobbling all primary artists instead of album artists only adds mess to the growing mess that Last.fm data is, but that is not your concern.
However, Roon current strict behaviour adds incoherence to the data of users who scrobbles for a long time or simply a lot before using Roon.

I’m only scrobbling for a year now (with dedicated plugin in foobar2000, and now with Roon in trial) but I’ve paid a lot of attention to the data scrobbled to have decent results.
Since the plugin I used allow customization of the data scrobbled for artist, album and title, I created a simple rule for artist value :

In my view, a premium product like Roon should allow at least allow to choose the source for artist data scrobble, either track artist(s) or album artist.
The exception management I described (or a more advanced one) would be an even better solution, maybe later.

Let me know what you (other users or the Roon team) think of my suggestions.

Wouldn’t be better to continue this discussion in the Feature Request section ?

@eclectic @PL4444 I did some research based on a few examples, including yours:

This is the data we have for that track:

So you can see why we are scrobbling the London Symphony Orchestra – the metadata claims they are a Primary Artists here.

There are also cases where the Primary Artist seems a bit more relevant, like these: 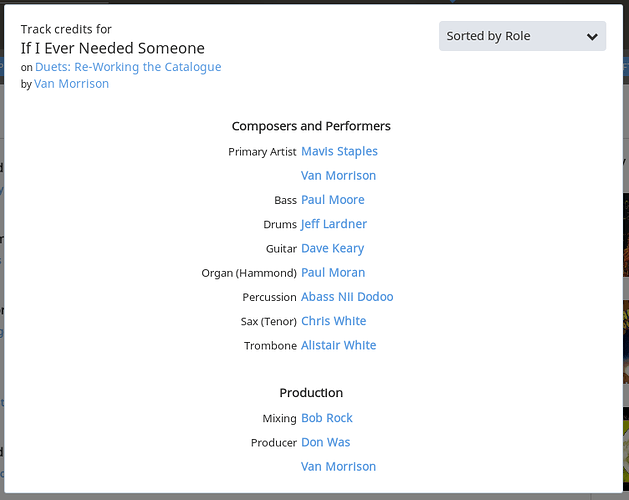 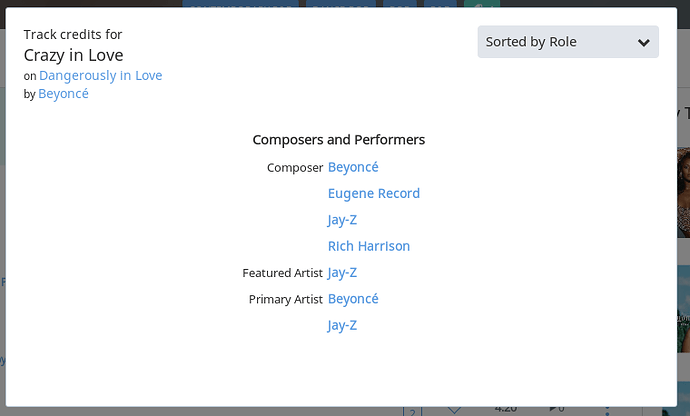 In these cases, Mavis Staples and Jay-Z (respectively) are primary artists, and its seems you would want to scrobble them too…

However, looking at what’s actually on Last.FM, it seems like no one actually does the “right” thing – these three tracks are generally scrobbled as Neil Young, Van Morrison, and Beyonce, respectively.

We are going to make a change here – unsure if it will make the next release, but in the future we will use album level information, as opposed to the more detailed track level data that Roon retrieves. Based on what I’m seeing on Last.FM, I think that should improve things, but let us know how it’s going guys. Thanks!

Thank you @danny and @mike for the replies.

Can’t you just scrobble the “by” information in the the top left of each of your attachments? That would solve it for those example tracks.

Thanks for looking at this issue.

Can’t you just scrobble the “by” information in the the top left of each of your attachments? That would solve it for those example tracks.

Yup, that’s actually the album information, so that’s exactly what we’ll be sending.

I’m using the new 1.4 version for a few days now.
New scrobbling is better but I noticed one problem (up to now) on a track :

Here’s the credits for the song : 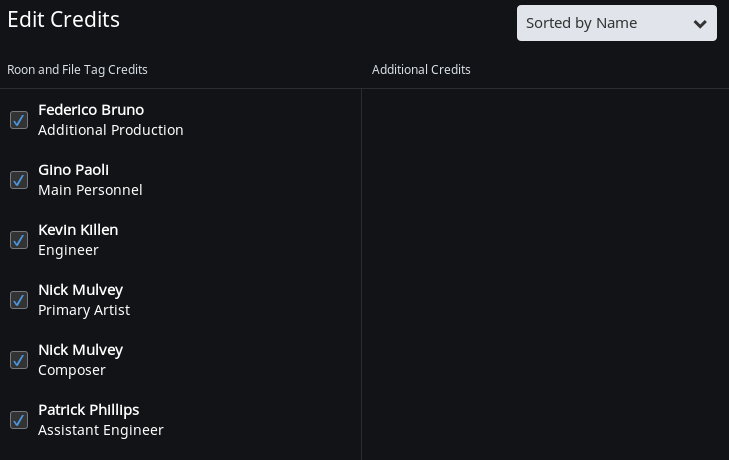 Is it a bug or can you be more explicit on how it will work now ?

Another one that is wrong : 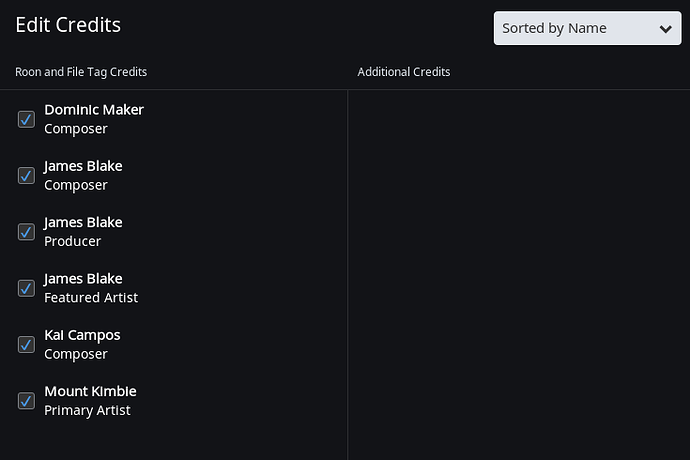 This time it’s the Featured artist (Instead of Main personnel) on the track that is associated with the Primary artist.