Looking for recommendations and or advice on LED lighting. Certainly a lot of info out there but nowhere to ask questions per se.

I haven’t thought about this a ton, so I’m just sort of looking for gen info, things not to do etc…

I’m looking to get some indirect lighting behind my broadband absorbers, traps and even my diffusion clouds. Or maybe just run the outline of my ceiling (cove), dunno. Power is obviously an challenge (e.g. getting power to all the strips at various locations that don’t have outlets close). Room is in my sig but it’s 25x14. I’m only wanting the strips and not stand mounted lights.

I don’t want to spend a ton or more importantly spend it on junk or the wrong application.

Any thoughts, tips are welcome

Check out Amazon, they’ve a vast selection and many have very positive reviews. There are many different control apps so if you already use an app to control lighting this should influence your decision.

80% of the lights in our house are Philips Hue. They do a couple of different light strips that might suit your application. The lights are very reliable and the app is a joy. 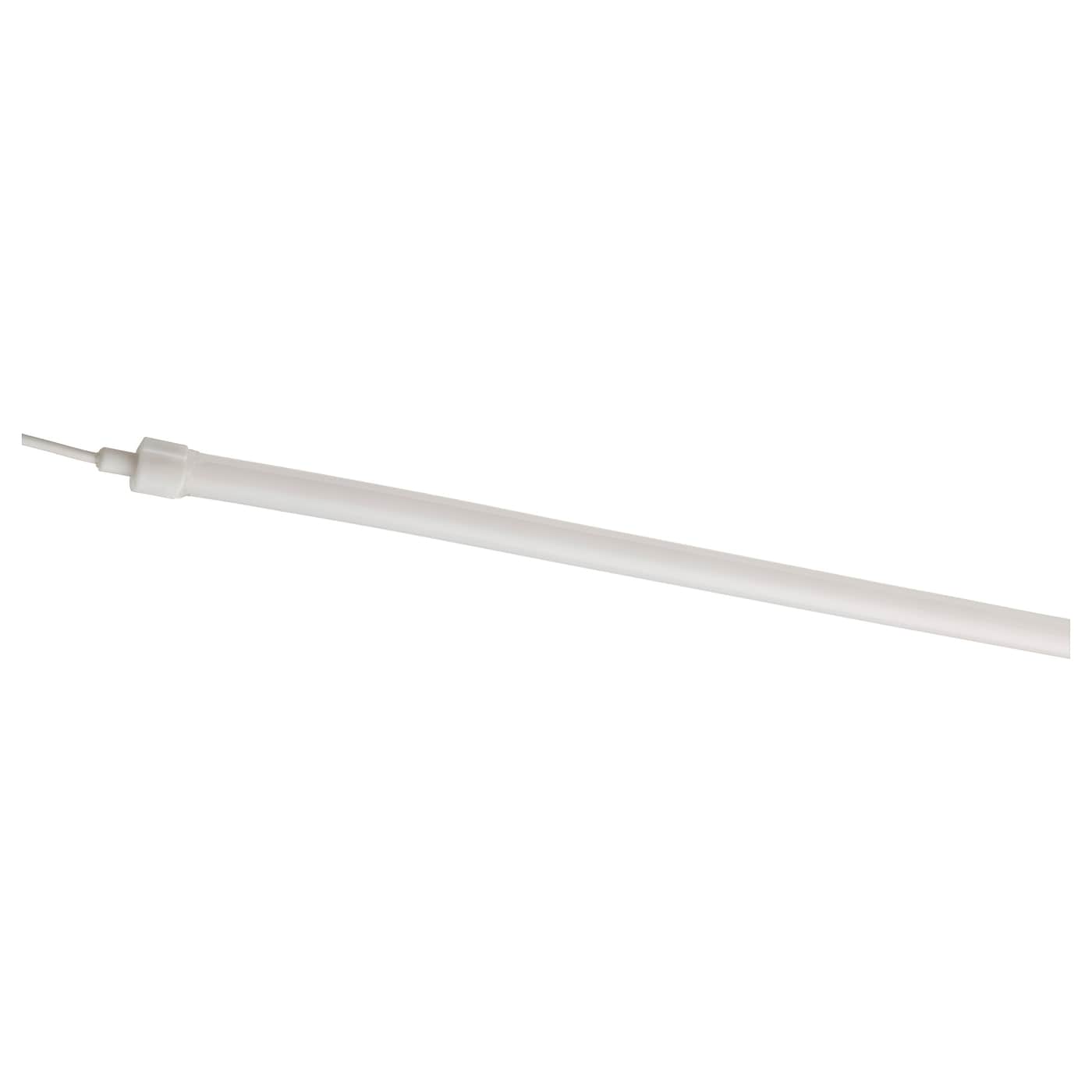 MYRVARV LED light strip, flexible, dimmable, 6'7" Be creative with your lighting. This LED strip can be used in so many ways – in drawers, behind the TV, by your favorite work of art or under your bed. The only limit is your imagination. 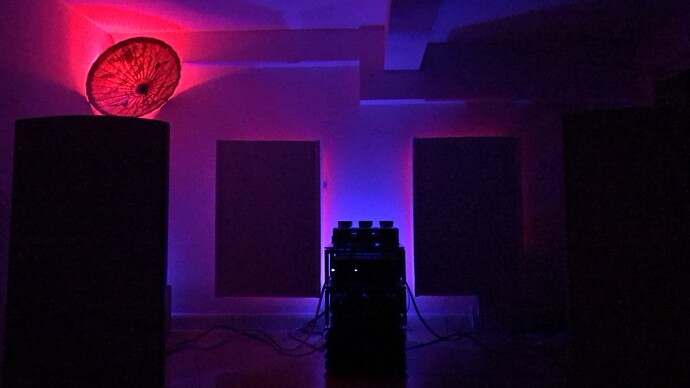 I use a mixture of Hue and Govee

The Govee LED strips are pretty good and you can link to Alexa
‘Alexa, Diffuser on’ and so on
They’re much cheaper than Hue too

I had some where a few of the LEDs lost a colour - Govee immediately sent a replacement, so their support seems ok too

Occasionally, I’ve had them forget the WiFi requiring a reset, but they’re also Bluetooth so still controllable in the meantime

They’re often on special offer too, and the discounts can be significant eg 30-40%
Regards
Andy

I don’t want to spend a ton

So avoid Phillips Hue, I’ve no doubt they are good quality but thay are, IMHO, overpriced.
I have been using Govee & Lepro LEDs for 18 months and have had no problems and they were around a quarter of the price of the Hue (& no hub required).

I don’t want to spend a ton or more importantly spend it on junk or the wrong application.

Or really have a look at the IKEA TRADFRI stuff. Links into Apple Home, Google and Alexa if you add the $15ish hub. Everything very modestly priced. Works reliably though not too fancy.

I recently bought some Govee lights and have mixed feelings. Overall they are priced right and look good. The app is snappy and well featured. I have a funky install using their immersion kit with the camera pointed at album art to provide lighting coordinated with the artwork. It works OK. I also have lights that have mics so the app lets you set “music” for lighting effects.

However… You cannot “sync” multiple lights which is a royal PITA. Whenever I want to change something, and I’ve 3 different Govee lights now, if I want them synced to the same thing (color, profile, etc) then I have to go into each one on the app and do it. Most of the music settings are annoying. Alexa support is garbage. These don’t show-up as lights so using them in a routine or grouping them to other devices, or themselves, is impossible.

I prefer Hue. For this particular use case, where I have the Govee, I’m happy to save some money but I’m the only one using them so the frustration does not extend beyond myself. If you’re just looking for a set and forget light strip even Govee may be on the costlier side. But if you want some additional functionality then Govee is a good value… until you’ve used Hue and then you’ll want Hue.

I’ve grouped my Sofa, kitchen tv and cupboard Govee together and can set them all - plus they’re automated to switch on/off together (on My Devices page, Group is middle top)

I put in a feature request for a sunset trigger, but it’s not been released yet

I have an Alexa command ‘cooking’ that switches on 9x Hue dining lights, 5x Hive* kitchen lights plus a Govee strip

I agree though that Hue is far better - but then the price difference is significant, and I read they just put the prices up again!

*Hive are the worst of both worlds IMO; expensive and very slow/temperamental

Hue if you have the money and want compatibility with everything else to control it. Govee is a good value middle ground but their product range is confusing with different lights having different interface types, so controlling centrally or from other apps could be an issue. Best value has to be the IKEA lighting.

As with anything, requirements are the most important thing. What exactly do you want to do and how do you want to control it? Once you start, will you want to expand it to other rooms or even outside the house into the garden?

… if you do slide down the Hue slope, look out for the Lidl smart home bulbs (when they’re available)

They’re directly compatible with Hue and the colour gamut is very good. I’ve had mine over a year with no issues

The only thing you cannot do is set the power-on default, meaning they come on at 100% following a power cut (as opposed to Hue, where for example you can set the power-on state to nightlight - and the house isn’t suddenly lit up like an oil rig!)

Thanks all for the feedback, appreciated. Looks like Govee is a place to start looking. I do use SmartThings (hub) throughout the house to control sensors and for many lamps and spot lights I mainly use smart outlets (connected to ST).

But for my OP, what @Andrew_Stoneman shows is what I’m mainly after. So the use of strips that are able to be trimmed would be important (I think). That being said, I don’t think “bulbs” would be applicable as I want to outline (behind) the panels.

I guess running power to all of these indiv locations has me a bit stumped, especially the ceiling where I have broadband clouds and larger skyline diffuser framed in. I guess I just have to get creative in running the low voltage wire to each location.

Themes or “flashing” lights aren’t important and would set/choose a certain color and leave it. I’d then use additional smart outlets to power them on/off via smartthings

I bought a set of these connections and leads - I used the corner ones to line the back of my diffusers. There are cutting points marked every 10cm or so on the strips, leaving a set of exposed connections you slide into the white plastic clip.

They’re a bit fiddly. I found leaving a few mm of the waxed backing paper (that covers the self adhesive backing) means the end doesn’t stick and is slightly more rigid for pushing into the connector pins. Make sure you note the +ve on the strip and the arrow on the connectors. Getting it wrong doesn’t seem to matter, they just don’t light up at all, or you get limited colours if they’re not seated correctly

There are loads of ‘sets’ available and choosing the most applicable can be headache inducing!

I used some old Ethernet cable to extend the wire connectors (with solder and heat shrink), apparently if you go too far, the later LEDs lose brightness, but I’ve not encountered the issue

One Govee controller/wall wart seems to be able to power 2x 5m strips - I can’t see any difference if you buy a 5m or 10m - bar there’s a Y connector on the 10m version box, suggesting 5m each way is the brightness limit

not sure if that makes sense!

Thanks everyone for all the feedback. Getting people’s experience and or gotcha’s, what to look out for, tips etc…goes a long way