I have a 1st generation Apple TV (the silver one with a HDD) just sitting here collecting dust. After creating my first RPi endpoint, I’ve started to wonder, “Could an Apple TV 1 be made into a RAAT-capable Roon Bridge box?”

The 1st Gen Apple TV is not very powerful, but it does have some intriguing audio output options: SPDIF optical, HDMI, and a not-terrible analog section.

Has anyone else tried this?

There are at least two Linux-based media centers that can be installed on the Apple TV 1:

There are even instructions for installing a Debian jessie via OSMC: 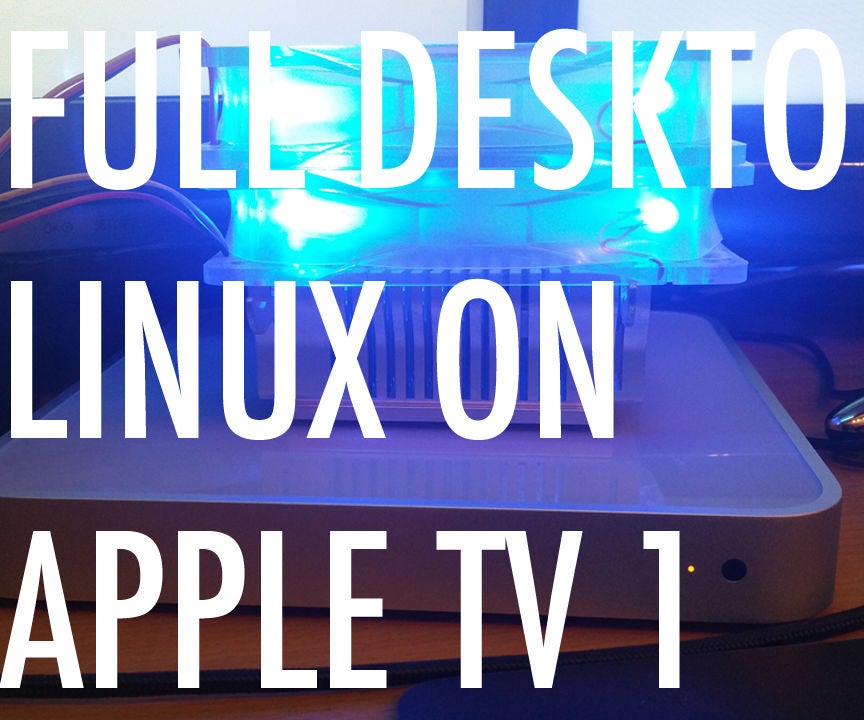 You have an old Apple Tv 1G, collecting dust? Why not turning it in to a cheap full featured PC by installing a Desktop Linux (Debian jessie) on it!

Once Debian is installed, couldn’t you also install Roon Bridge? Would it know how to talk to the audio outputs? Is there a better distribution (DietPi?) that could be used?

Thanks for any advice or speculation anyone can provide!

Do you know what architecture it is? At present Roon Bridge is only built for ARMv7, ARMv8 and x64.

Well it’s not going to run as a core

But should maybe cope as a bridge

that’s 32 bit, I suspect Roon Bridge for Wintel only ships in 64 bit.

Ah, that would be a problem. I never would have thought about that. Thanks for saving me the trouble of doing the install! I guess I’ll drop this ATV1 at the recycler and throw a few bucks at a Pi Zero. Thanks again!

RPi really is easy as pie. Just make sure your power supply has enough oomph to power the DAC Hat you opt for. The Pi 3B would be my go to SBC

Personally I like the iqaudio kit best Pi-Digi-amp+ and the Pi-DAC pro, but the Allo is another option I’ve used too.

Diet-Pi would get my vote for a base os

I must agree with all you say.

Have you been able to compare the PiDAC+ and the Pro?

I haven’t as I only have the 2 mentioned. For Allo I have the piano 2.1 and Kali.

What I will do soon is get the DAC pro running using the balanced outputs, and also with the amp hat on top.

I have a Pi 3 with IQaudIO DAC+. I’m having so much fun with it, I started thinking about other potential projects. I was intrigued by the thought of adding another RAAT endpoint for $0. (I also have two Chromecast Audio pucks, so I’m trying to hold off spending money on endpoints until we see how Roon support for those works out.)

Other linux-based distro is Volumio on AppleTV 1st gen; see this link

Starting from this project, I am working on Roon Bridge and Roon Server porting for AppleTV 1st gen.