Would it be possible to have a feature to ‘lock’ a playlist, from re-ordering, deletion or addition.

I sometimes use Playlists to recreate the Setlist from a Concert, so that needs to be a fixed order list of songs and I wish to ‘lock’ it, so the order can’t be changed, or songs deleted by mistake.

Another request for this.

I use Roon for classical works. Just scrolling on my iPhone can re-order the a playlist - resulting in a concert or opera that’s now in the wrong order.

Yes, I have just spent time compiling the Guardian’s “Bowie’s Greatest 50 Songs” as a Playlist, which obviously needs to be maintained in order.
I am also Left-handed, so when I go to scroll up and down a playlist it is very easy to reorder the tracks, using the ‘#’ column.

@mike Could their please be a toggle on a playlist to ‘lock’ its content & order.

Under the 3 dots perhaps 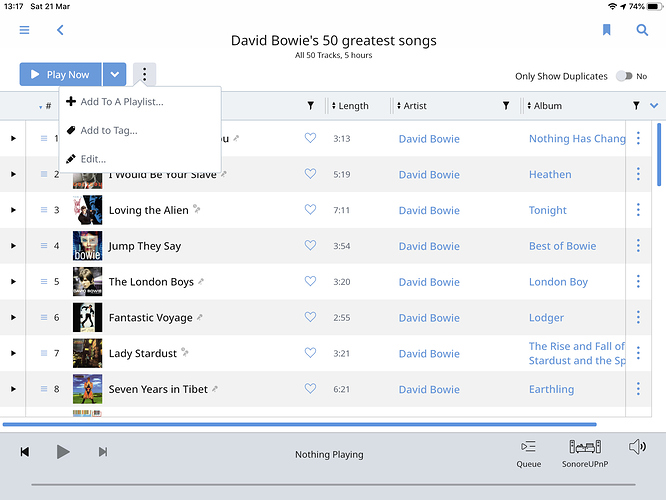 You can export your playlist in Excel files to preserved them.
If you have deleted something, you can reimport them easily.

@danny if you need a use case, it is simply I am left-handed, and when using Roon to access a pre-created Playlist, the layout of the screen and its UX/UI it is very easy to reorder a playlist.
Could you put a feature in, a toggle to ‘lock’ the Playlist.
Not looking for User account hierarchy, and cascading permissions from parent to child users
Just so when I have a Playlist that captures a set list, I can’t reorder it by mistake, due to left hand usage.

Think I have a work-around for this issue - originally submitted well over 2-years ago
I am presently restoring all of my Playlists lost during the 1.8 B880 failed product update, where my B831 & all available backups were rendered inoperable & completely useless.
So I am adding m3u based playlists directly into my Music Library folder, created from the Excel records I was able to take in the 10 mins of a B831 restore before Roon shutdown. These are effectively coded versions of the Playlist needing absolute directory paths & file types. They are a little harder to create, as not GUI driven, however, once imported these Playlists are fixed and their order can’t be changed - result against my reported issue.
I am testing/debugging the creation of the Playlist using foobar2000, as Roon doesn’t provide any feedback during the importation on the directory structure or file type. However once done, the Playlists will be backed up as part of my own Backup strategy for my Music Library and not part of Roon’s Core Database backup process (the one that proved to be ineffective in ensuring database integrity for the last 5-years), so a double win.
Some examples, plus the alternate view against the image posted to provide the user-case of the issue where a Roon managed Playlist is easily reordered, particularly by a left-handed user. 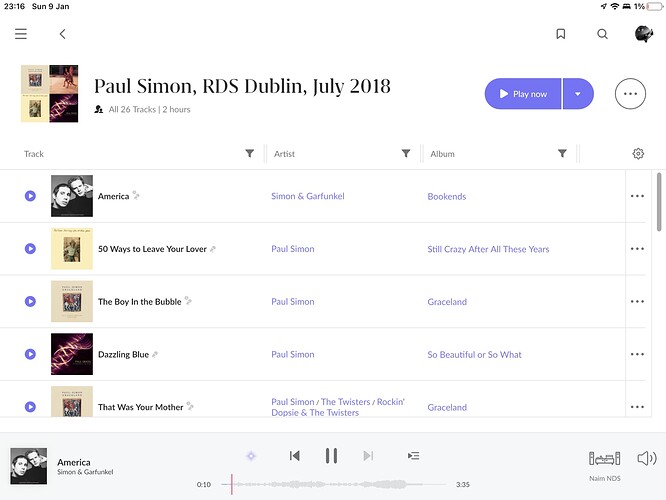 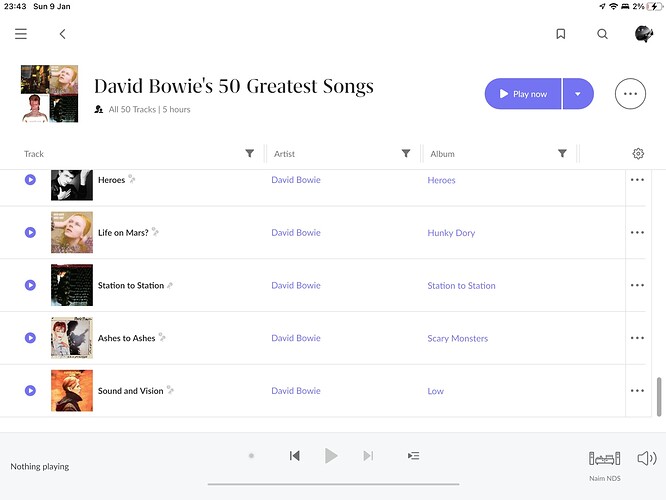