I did some searching on the Elac speakers and there are actually quite a few articles on it which also give a $399 price point. If they are showing it at cedia it must be pretty real. I would assume you can do stereo with two of them. It looks like Roon integration is being mentioned in more and more products which is great.

Which Elac speakers are you talking about?

The Elac wireless with built-in Roon mentioned earlier in this thread. They aren’t out yet. A lot of people are seeing them as a possible lower cost counterpoint to the Kef’s.

Which Elac speakers are you talking about? 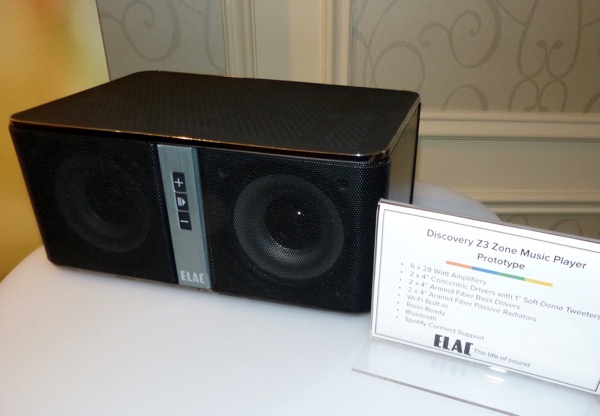 Ahh. Hadn’t noticed this. Any more details about them?

Yeah, these are pretty exciting. I think it’s worth keeping expectations in check - it’s doubtful these are going to compete sonically w/ the Kefs… the speaker config/size/power suggests a nice lifestyle product (a wireless version of the UB5 would have but it’s now off the table unfortunately). They may end up being a superlative muti-room product and a good wireless stereo option on the cheap for smaller spaces.

a very interesting speaker but are you sure about that price point? Here in the UK they are showing for £625 (GBP) each! This puts them on par with the bluesound units if the price is correct at the usual £=$ exchange rate.

Yeah I was disappointed it’s an all in one although maybe you can link two of them,… I’m big into stereo separation and prefer two devices.

I don’t know what the final price point will be but so far Elac is saying $399 U.S.

Unfortunately, the price at launch time was $499. I’d love to get one of these but a $500 price point is a bit hard to justify for a lifestyle speaker. I’m hoping to see a price drop because, for me, a $399 price point makes a world of difference when comparing it to the rest of the lifestyle speakers out there, including HomePod.

Time to edit the thread title IMHO. There is nothing ‘low cost’ about the Z3, however good it may be. When Apple can do it cheaper you know something is not quite right…

Since this forum is about music, the song that I think of when I read your post @Anthony_B is Joni Mitchell’s, Both Sides Now. Yes when compared to the Apple HomePod, the ELAC seems expensive. Yet it is one of the most affordable ways to get a room ready piece of equipment that you can pull out of its box, plug it in, and start using with roon.

With that in mind I bought one and am going to listen to it for the next week or so to break it in and report back with my observations.

So after a week of listening to the ELAC Z3 I’m returning it. Not worth the $500. The sound was disappointing to me. The WiFi is not great. The price is too high. As a comparison, I played my JBL Flip 3 going back and forth between the two. I liked the sound of the Flip better and that was under $100 Yes, it is not roon ready, but using blue tooth just means I have to leave my phone or iPad in the same area. That compromise I can live with more than crappy sound.

The Roon compatibility with Chromecast Audio now opens this field to any active speaker with external aux or optical input.

…unless you want RAAT for synchronised playback to other RAAT-enabled devices.

Agreed, but with a lot of these speakers, you can end up paying for interfaces you don’t need or want. AUX input is reasonably common, not that I have looked around too much but it is a basic as you can get. Even BOSE speakers have it!

Yes, definitely lowers the threshold for entry, just wanted to be clear to others about what is and isn’t possible with Chromecast.

Interestingly I have just received a Chromecast Audio to work with my bedroom system. After one day of testing my initail impression is the audio quality is every so slightly less than an Apple TV doing the same thing, and a fair amount inferior to plugging my iPad directly into the receiver using a 3.5mm jack. While I need to give it more time to break in, if things remain about the same, I would use the Chromecast for when I want to free up my iPad, but for more critical listening, directly connecting the iPad, at least initially, is better.