Question is, if I only run roon server on that device, nothing else, would I hear the fan ? Would it even start ?

Currently my roon server runs on a late 2013 iMac, CPU load < 5 % !
I also have a M1 MacBookPro for everything a Laptop is supposed to do…
And for this M1 I never heard the fan…

I have a M1 mini and use it for daily work. I never noticed the fan even on high load. Might be different in a really quiet environment though.

i’ve never heard the fan on mine, and at one point it was running roon and recording 4 ip security cameras.

I have Mac Mini M1 and use it with Hqplayer and Roon client. It is very silent.
Your real advantage for using Roon with the M1 will be when Roon upgrades their code to natively run on the ARM M1 architecture. Now it works well but consumes more resources which are still fine knowing the amazing speed of the M1 chip.

I helped one of my friends to install and operate an 8 zone Roon system where the core is a Mac Mini, he has roughly 50k tracks, lot of them in high-res and DSD. Endpoints are Naim Uniti streamers, 8 of them. Works like a dream. It is not a basic Mac Mini, as it has 4 TB internal SSD storage, and 16 GB RAM with a 10 Gbit Ethernet port and is connected to a 10 Gbit port of a large Enterprise-grade switcher.

No problem at all.

I recently moved my Roon Core to a Mac mini M1, use it just a Roon server (and to run Pianoteq). I too mostly use Qobuz, and my library is a fair bit bigger than yours. Never heard the fan. Roon is a tiny load. Don’t use any DSP and only have one active zone. Only issue is that Roon’s memory usage creeps up, and goes into yellow, but not noticed any effect on performance. Worst case I might need to reboot it all every month or so. I believe this is a known problem and the Roon team are working on a native version anyway, so nothing to fret about. I am very pleased with my M1.

Thanks to all of you,
that’s what I wanted to hear

and what I expected to hear…

Agree with all the comments above. Never experienced any noise issues with the fan. Only issue I experience is also with the memory usage creep which in my case requires a weekly reboot. I frequently have my system going from 6:00am through to 10:00pm so probably accounts for the more frequent reboots. I do wish Roon would get along with producing a native version for Mac M1 CPU’s but I suspect it’s not a priority development at this stage.

One word of caution I found BigSur much more stable for Roon than Monterey. YMMV. 16G ram is a must for a med to large local library.

I’ll second the above: quiet as a mouse but memory usage can be an issue. I’m currently rebooting my core about three times a week - when it gets to using around 6GB of RAM. If you’re not going to be running anything else, this won’t be an issue, but as it’s my main work machine I often have a lot of other stuff on the go at the same time.

Oh, and I have heard the fan, but only when I push the CPU to close to 100%. You won’t get anywhere close just running Roon.

My environment is not perfectly quiet, but I don’t think I’ve ever heard the fan on my M1 Mac mini, even when chugging through decent sized db queries (not related to roon).

I can hear mine if put my ear to the case…normally not an issue.

Overall I am pretty happy but I think maybe ROCK is still a better option for a dedicated Roon Core. again 16GB for med to large libraries is a must. i7 in a fanless chassis ideally.

“…but I think maybe ROCK is still a better option for a dedicated Roon Core.”

I have the very same late 2013 Mac mini and I use it as a dedicated Roon core server with two endpoints. I WANT a new Mac Mini with that M1 chip but with the i7 proc and 16 GB RAM in the 2013 Mac I can’t justify spending even as little as $900. What I have now is a rocket and runs like a champ, so I guess I’ll wait until it fails. It could just last me the rest of my life! I don’t use it for anything else.

Because the hardware is more flexible and it just runs roon as an appliance.

I do not have noise issues, but the M1 Mini 16gb that I have does restart itself about once a week. When this happens I have to log in to the Mini to get Roon up and running again. Certainly not the end of the world, but a moderate annoyance.

I initially decided not to get a Nucleus or one of the machines from small green computer…but as I only use the Mac for Roon that is probably the route I would go given another chance.

Setup auto login for your user name and use the Roon Server - which can be set to restart at startup. problem solved. You can restore a latest roon backup when you install Roon Server - then deautrhorise the Old Core 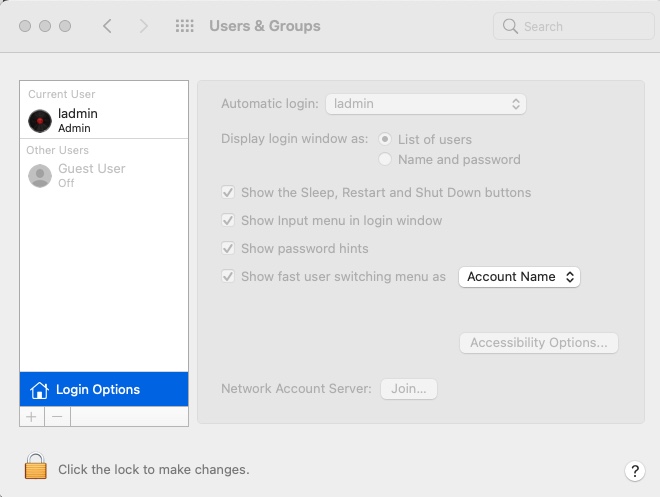 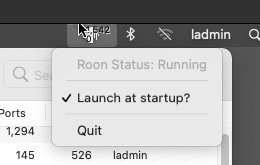 not sure why the mac is restarting tho…

I would question why you would specifically choose a max for the sole duty of roon?

Roon server on Mac mini M1 appears to have a memory leak issue. For me it required restarting the Mac mini at least once a week. My recent workaround for that is to schedule an early morning shutdown/startup (check Mac OS Energy settings) which has fixed the issue for me. A bandaid solution…yes….but until Roon develop a native app for Mac M1’s it’s a hassle free solution

Maybe I’m stupid, but I still do not know when or why to choose
ROON Core or ROON Server ?
Or are both the same ?