In the current Mac Mini lineup, what is the minimum spec for running Roon Core with DSP?

View the technical specifications for Mac mini, see what comes in the box, explore configuration options, and read a list of recommended accessories.

Not to turn you away from a purchase - but I’d recommend waiting.

In the current lineup, an i5 or i7 with heavy DSP. However as intimated above the Mini is overdue for an update and the new gen 8 chips are the first meaningful step forward since the gen 4 chips so I would suggest that is where they are going. However, if your intention is to just leave it running as a server I would also suggest looking at a NUC running ROCK. Not as sexy but reliable and probably a little cheaper new.

Thanks guys. I’m debating between a NUC+ROCK and a MacMini. If the price ends up around the same, I’d rather have a Mac than a NUC. However, I need a solution soon, so it sounds like I need to go the NUC route.

I use the current model of the Mini as a music server, sending both HDMI and USB to my pre/pro. I bought it with a SS drive.

It works fine. Maybe there will be a new model, maybe not.

Where else can you get mac performance and 5.1 playback for this price?

Plus its going to be rather dependant on how big your library becomes and how much DSP you need…even a latest Mac mini will run out of puff when big DSP demands are made.

Do you use any of the DSP features of Roon?

I have a 2014 i5 MM and while it runs OK for Roon Server I don’t recall getting anything above DSD128 stable. I can’t test it now as a friend is borrowing it for his Roon setup but I also didn’t use any other DSP options like convolution etc.

Personally I run either NUC7i7BNH or a custom built windows 10 64bit i7-7700 fanless setup with no issues for either setup.

I just ordered an i7 NUC. Thanks.

I run a 2012 Mac mini 2.5ghz i5 as my desktop computer with Roon. It’s a bit laggy sometimes, though I have only noticed that since version 1.5

I went with an i7 NUC. With a 64 GB SDD and 8 GB RAM, it came to $660 including tax and shipping. The least expensive Mac Mini I could find that has the power to run Roon DSP, is closer to $1000. So it ended up being an easy choice for a dedicated music server.

Just in case anyone was thinking about getting a Mac Mini, rumour is an (overdue) update is coming this fall: 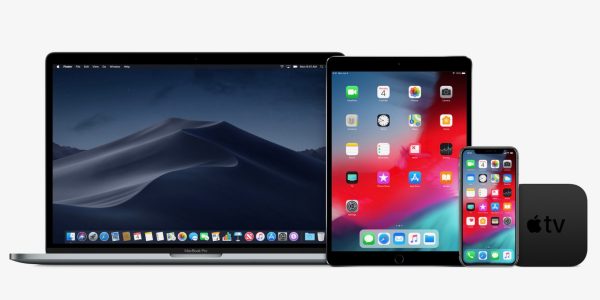 Ming-Chi Kuo of TF International Securities has published a new research note for investors that includes new details about what to expect with Apple’s fall hardware lineup. Adding to his pre…

Not to turn you away from a purchase - but I’d recommend waiting.

Apple Brings Mac Mini Back From The Dead

Apple’s little desktop PC is no longer just a punchline. Today the company took the wraps off a revamped Mac Mini, replacing its underpowered parts with new, 8th generation Intel quad- and 6-core processors options, up to 64GB of memory, up to a 2TB...

Mac mini gets the update of a lifetime, with faster processors, upgradable memory, all-flash storage, Thunderbolt 3, HDMI 2.0 and 10Gb Ethernet.

Would be very interested to hear whether the base model with the quad-core i3 will be able to run Roon Server serving up DSD512 files. I thought about building a fanless NUC but if the new Mac Mini’s can handle the task it might turn out to be the cheaper, cleaner and more accessible option.

But it is not true that the Mac Mini is cheaper option I think my AsRock DeskMini with i5 7600 cost almost half and deliver the same performance.
You just have to admit that you are getting a Mac Mini because you likes Macs which is OK, But it is never going to be the cheaper option. Not even close!

But it is not true that the Mac Mini is cheaper option I think my AsRock DeskMini with i5 7600 cost almost half and deliver the same performance.

No it’s going to be cheaper. As I said I was thinking of building a FANLESS NUC - meaning getting a Gen 8 Intel NUC motherboard with the i7 CPU which is the only flavour with 4 physical cores offered in the NUC boards, source the RAM/storage, and then getting a custom fanless enclosure from makers like Akasa where the enclosure acts as a giant heatsink, so the end product will be like the Roon Nucleus, except of course I would have to put it together. I’ve speced the part lists before, the Mac Mini will turn out cheaper and I don’t have to put in the work to do it plus I get warranty, and no ugly external power brick.

The Mac Mini is, of course, not fanless. I used to have a 2011 model and it could get pretty loud. Louder than my NUC.

I don’t think you can go wrong with one of the new Mac Minis, but the NUC I built following instructions in the FAQ was a lot less expensive:

But the new Mini is not fanless – there’s a big old blower in there to cool it – so this is kind of apples to oranges. A lot of what you’d pay for a fanless NUC is about the fanless part.