Thanks guys. What’s the consensus on (1) Rock, with its limited hardware support (NUCs only) but dedicated Roon OS versus (2) a general linux build that would support more hardware and run Roon server?

Which is more likely to have the stability to run Roon full tilt?

I think the main advantage of Rock is that with no effort you know you have Roon’s optimised setup.

I run ROCK in a VM on top of Proxmox and am happy. It’s limited hardware support but that really just means don’t present anything to the kernel that isn’t embedded standard.

Which is more likely to have the stability to run Roon full tilt?

Rock is too limiting.

Except for a few minor glitches on the Roon->Linn connection, no problems in the last several years. But I make sure everything is up to date, and I pay attention to network setup and quality.

Have you asked Scotty ? 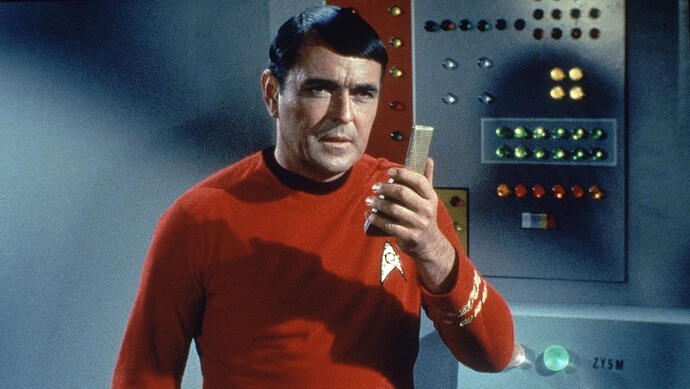 Don’t really have any issues, Run a full Unifi managed network with 5 switches, 4 access points. Rock on a mock not a fancy machine runs all my 9 zones no issues. Most are Wi-Fi with only 2 hard wired. I don’t group as it’s just not requires. The only issues I get are with the remote app being killed or just locking up when it’s been put in the background on iPhone.

It will constantly de-authorize the Roon extensions; album and artist images don’t update;

To me, it seems that most of your problems relate to
a) using a community contributed extension that
b) is not maintained any more and
c) updating won’t change the situation, since it’s still b)

So I run ROCK on a Celeron NUC, was originally using it an an endpoint when my core on Win 10 crashed.

Found it that it ran pretty well, so it has become my core. The only thing that doesn’t work is WiFi, so I have it hardwired in.

I can run two streams at once, can group endpoints, even do DSP, volume leveling and have a Chromecast display running without any issues.

I also found that the issue I was having where the core couldn’t be found by remotes went away.

Arc also runs without an issue.

The only other thing that changed is I was using WiFi with Windows 10, now I’m connected by Ethernet to my Google WiFi router.

I definitely would! We have a similar engineering style. I believe he said “the energizer’s bypassed like a Christmas tree but she’ll hold” and that’s about where I’d put my audio system…

To me, it seems that most of your problems relate to
a) using a community contributed extension that
b) is not maintained any more and
c) updating won’t change the situation, since it’s still b)

I am sure that is part of it. However, there were stability problems even before I started using the web controller, which is a relatively recent addition for me. There seems to be some strain simply from the web/chrome display and use of additional remotes.

I’m also not sure why Roon seem to deliberately not put up many of the artist images on the web display. That seems intentional as it is quite repeatable by artist, but not sure why.

Thank you to everyone who’s contributed here. Just a reminder to review the original post so that you can see the whole question. I’m not asking for descriptions of all stable Roon implementations - only for those where the user is pushing Roon hard with multiple displays, multiple remotes, multiple extensions, etc.

Audio/DSP/multiple endpoints in a grouped zone doesn’t seem to be what bring Roon to its knees. Strangely enough it seems to be the remotes and displays. Looking for ways to increase this capacity.

Linux is one good idea that I am considering. Of course, totally new learning curve for me (other than I’ve built a number of UNRAID servers).

I am siding with those who think the problem could be windows. If your hardware can run in legacy boot mode why not give ROCK a try?

FWIW I used to run the same setup on a Mac mini - and would see occasional network disconnects. CPU etc was never an issue.

ROCK has been problem free - so that would support your theory. Certainly worth a try.

The biggest problem with ROCK, in your environment, is you cannot “see” what it’s doing. You can’t even get CPU utilization. You can’t login.

ROCK can run on a lot of things. *See tinkering threads but it’s just not supported on a lot of things. If you’re concerned about performance and need to troubleshoot performance issues then run Roon Server on Linux. If you get to a point you feel the system is stable and don’t need to watch it then you can move to ROCK and probably on the same hardware you were running Server.

Run Clear Linux, it’s minimal and light weight. Rock will not work for you unless your music is stored on another machine or you’re happy to repopulate your drives.

Also from memory your lib is huge and you like to play with tags- not so simple on Rock. I’m running a huge lib on Clear Linux with a pc of lower spec than yours and even when streaming to multiple endpoints simultaneously it remains highly responsive. It remains on 24/7/365. Clear Linux is Intel’s own distribution, designed to be fast.

I don’t think you can go wrong either way… I have also run a Roon server on Ubuntu and it was solid as a rock.

I’m looking at Clear Linux as a possibility. I’d ordered parts to build another Windows PC to run displays, but I think I’ll try the Linux build first and if that is more stable, I’ll either convert the current Roon core to Linus or just use that other computer.

It’s interesting that most folks don’t push Roon that hard. I’d think there would be a few more kindred spirits out there, but then again, when people walk into my room, they are typically like WT*?