Been watching a documentary about the largest vinyl pressing plant in the world, in Czech, but they also have one in France, Memphis, Tenn, and In Canada, all owned by the one company.

I find the making of vinyl fascinating and still do not understand it, let along the stuff I use now, though I have a deck and lots of new vinyl.

What has really taken me by surprise is that the clients send a digital file to them for mastering and the making of the records.

Not one person has mentioned analogue so far.

I am also not surprised at the cost of vinyl as they do not seem to be making thousands tho I think he said they made 30million records last year, probably over all the plants.

HTF they can transfer a digital file to a copper plate and then to use it to make 1000’s of vinyl records which then sound fantastic, hopefully, on our decks.

I thought of starting a new topic but thought vinyl might not be a fit topic for Roon.

If so, then I guess a mod will delete this post.

thought vinyl might not be a fit topic for Roon.

I’ve never understood the logic of making vinyl from a digital master, other than the profit motive of providing the same content in whatever format a consumer wants. It seems to me that unless the recording, mastering, and production chain is all analog, the analog sound that vinyl fans want will be lost. Might as well just get a CD or digital download.

This is what I was thinking but didn’t feel confident enough to say so due to limited knowledge.

… if the master is identical…

It seems to me that unless the recording, mastering, and production chain is all analog, the analog sound that vinyl fans want will be lost.

I feel the same and tend to agree, but we would have to take into account that the mastering for analogue would be quite different. But even so, the chain is not fully analogue and some digital processing magic would have to take place to make the digital to analogue conversion acceptable for vinyl reproduction.

You will only get true analog vinyl from old records and specialist companies. I know Rega do pure analog recordings in house, direct to tape and then cut to vinyl with no digital intervention.

This is a recent one 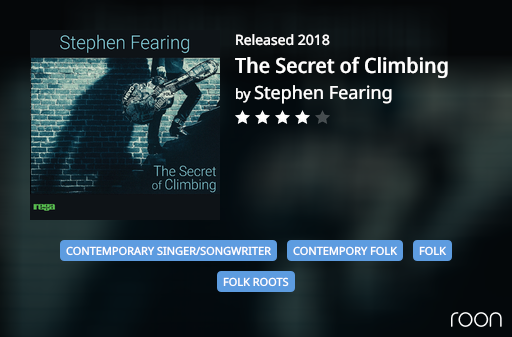 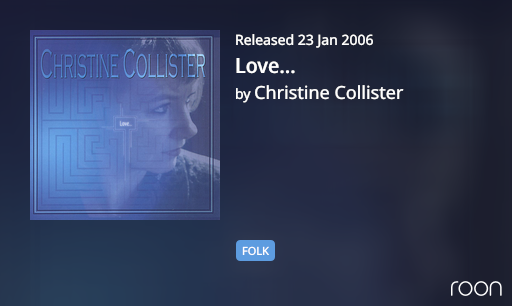 … so you can have all the sonic disadvantages of vinyl without having to turn the disc over yourself!

Yep, that’s it. That was the best sound they could have in their experience for a digital download. Rega have no real interest in digital at heart. Roy is an analog man through and through

Interesting choice though. I’d expect a ‘better’ technical result digitising from the tape, but maybe Rega are making a sales pitch for their record players!

I spoke to Roy about it a couple of times and he said their man in Canada got the best result (The one they preferred) off the actually disc. He has access to expensive ADCs for use and my mate Gary uses them when he dIgitises vinyl for me on occasion. But that’s what they decided upon. The Stephen Fearing album is done with single takes as far as I know. The gig prior to the recordings was great.

There are vinyl junkies aplenty here in the roon membership.

I have 8 turntables…4 at least working, the others in various states of refurbishment. I love to play my old Lps from time to time, and even the mrs has her moments of wanting to hear stuff she bought too.

A good pressing is of course nicer to experience, but the odd pop and crackle doesn’t bother me too much on older copies.

SweetVinyl SC-1 or -2 will get rid of those pops and clicks but not the surface noise of an LP. I have an SC-2 which I use for ripping my LPs, as well, and it does a great job.

If I’m playing vinyl it’s analogue all the way. I can rip my vinyl too with several ADC options but that takes the fun out of it.

I watched another program about vinyl and digital and the science says there is no difference and that the love of vinyl is more nostalgia as sound is not different. I now know who Nyquist was.

However, as someone said to me on here, that upsampling is a waste of time as there is nothing actually being done, scientifically speaking, yet I hear the difference, as does my husband who listened to various forms of upsampling in total ignorance of what was being played. He preferred DSD every time, as do I. Weird.

I bought a deck because I like vinyl, but the reason I bought such an expensive one is because John has hundreds that he cannot get on cd. The records sound amazing to him but he is listening thru the same same elements minus Roon, HQP and DAC.

I listen to vinyl occasionally despite having many new ones. I don’t play as often as I’d like because of my disability. I can’t do it all remotely!

I admit that for me, I love the look of the album, the ritual of it, the art work, the liner notes, if there are any. I detest the Rice Krispy effect and even more so on new pressings. So it isn’t the sound. If the record is clean and silent except for the music, I can’t tell the difference between it and digital but I haven’t listened for a while being too busy getting Roon and HQP right for me and ripping new CDs or re-ripping those that need it. Having been really listening because I have the ability to change the sounds I hear, I might now hear a difference, despite the science.

and the science says there is no difference

Could you point us to the programme?

The difference is like a continuous line or a line drawn with lots of dots. Whether you can hear that difference is another question.

I think you’ll find it’s more complicated than that…

It took a while but: The Truth About Vinyl-Vinyl vs Digital, by Real Engineering, on YT. Study by H. Nyquist in 1928 and confirmed by Claude Shannon in 1949. The programme goes into more detail maintaining all the way thru that there is no functional difference.

People are going to swear they do hear a difference, just the same as John and I do with regard to upsampling when I am told there cannot be any difference.

This doesn’t mean the science is wrong. A bumble bee, according to science, cannot fly. We all know they can and do. (I am assuming recent studies have not changed and science now does know how the bumble bee breaks the law of physical or whatever it comes under.)

Personally, I find these programs interesting, especially watching how vinyl records are made. I still find it ‘magic’ and it baffles me despite having a reasonable grasp of the process which makes it all work.

I still am baffled by aeroplanes, especially watching a Jumbo take off. I always know it’s just going to fall back down. I flew all over the world until I was 17. When I flew for my road trip in 97, having not flown for many years, and having experienced not long before my world blow up, I found my excitement turn to terror instantly the plane got over a certain speed on the runway and physically the feeling of take off, which I had always loved, caused terrible feelings in my body and it took all my strength not to panic and demand they let me off! I have not flown since BUT have a good excuse. I have a made to measure wheelchair. Whilst the airline must take me, getting a vehicle I can drive once landed…so we(I) drive. Oslo, Stockholm, Barcelona, Budapest, Vienna, Munich, Frankfurt. Turin(never ever again in Italy!). Sorry. Rambling again.