Match all / match any

After the new 783 release, where some display problems have been solved, i can finally have a look at the 1.8 roon.

basically, the one new feature is the addition of AND / OR logic in the focus.
but… it does not work. 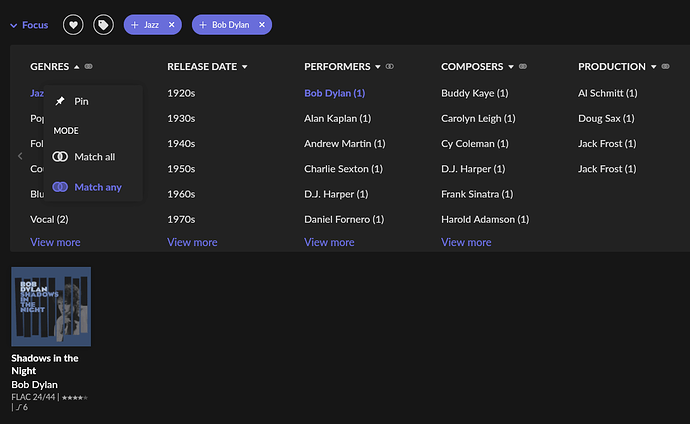 what i get here is that the selection all/any works just inside one filter, so between genres, or performers.
for example, jazz AND rap 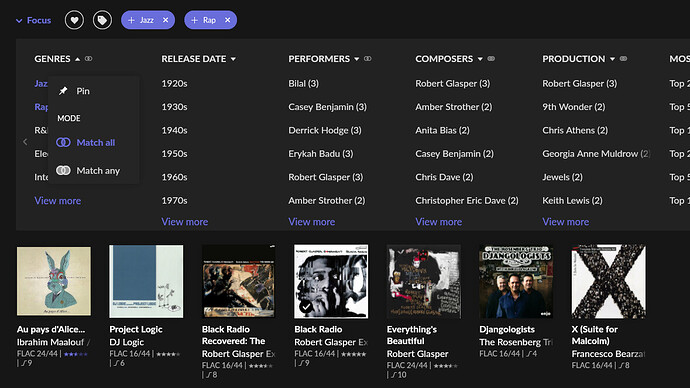 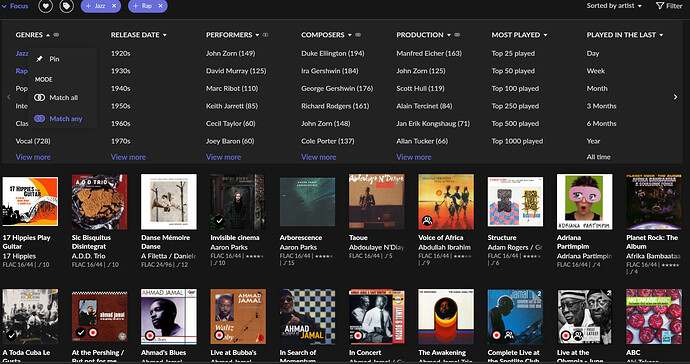 another example, with performers, zorn AND diamanda galas 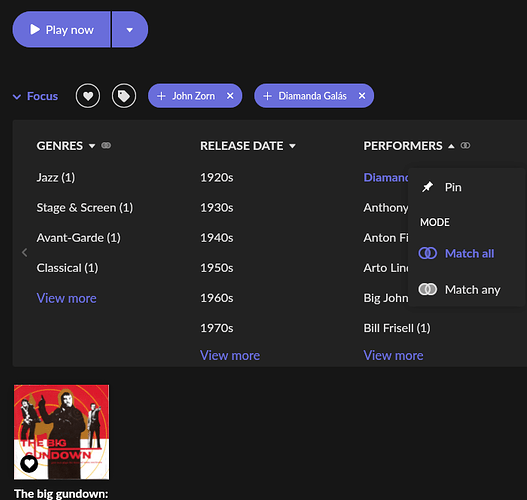 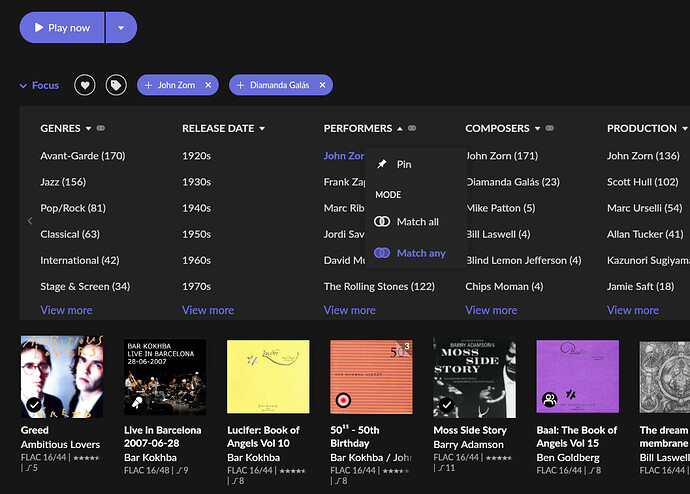 but implementing the AND/OR logic only inside one category, in my opinion, is not very… logical.

for example, it would make really sense to search (focus) for all albums where dylan is a performer OR composer OR producer. wouldn’t it?
or i could look for albums that are between the top 1000 played OR played in the last month.

i’ve read of some inconsistencies in the AND/OR logic when using tags, but i still have to inspect them…

It does seem that way, doesn’t it? Perhaps the overall complexity has overwhelmed the staff. It might be time for a complete cohesion/coupling review of the architecture.

I have the same problem. ‘Match all / Match any’’ worked in 2020 and now does not work once a second tag is thrown into the mix. No difference between the two modes’ results - defaults to “Match any”, it would appear. Not clear as to why previous (rather core) functionality is lost with upgrades.