For the last few years, some McIntosh products have had their DA1.

It has been advertised as being replaceable with a future update/upgrade.

The new pre-amp released has the DA2.

I contacted (perhaps the wrong person) at McIntosh to inquire as to when the DA2 would be available to current DA1 owners. The reply was that there were no plans to do so.

I was hopeful that someone has more/different information. Thank you in advance.

The DA1 module is permanently installed. You can not replace that. The DA2 module is a module that can be changed. Only DA2 modules can be exchanged for DAx modules in the future.

McIntosh said the DA2 Digital Audio Module will be available as a future upgrade for products incorporating the DA1, which includes the MA9000, MA8900, MA7200 and MA5300 integrated amplifiers, MAC7200 receiver, and C49 preamplifier.
Read more at https://www.soundandvision.com/content/new-mcintosh-preamp-boasts-advanced-digital-module#Ci2TBxP9wc2X6H3r.99

This statement does not match my perception. Regardless of what is written there (wrongly): How to replace something, which is firmly installed on a board?

But you can of course believe what you want. Good luck with the upgrade of a D1.

I am trying to find out the Dac that is used in this upgrade. There is no info. I assume it is an ESS chip.

I find McIntosh customer outreach to be very good. When I first purchased my amplifier and asked a question about digital files, one of the higher-ups wrote a very long letter outlining the goals of the amplifier. He mentioned that the DA1 (a plug in module held in by two screws on the back) would be upgraded. He did not, of course, give a timeframe, and, at present, they have not disclosed when that will occur. Visually, from the outside, the DA1 and DA2 look very similar except for the HDMI for ARC on the newer module. I would imagine that if you wrote to Chuck Hinton or Jordan Smith, they can answer your questions. Perhaps, if they do so, you can reply back here. Hope that helps.

Units with the DA1 installed can now be upgraded to the DA2.

We are pleased to announce the new DA2 Digital Audio Module Upgrade Kit is now available.

The DA2 Digital Audio Module is our newest and most advanced module for processing digital audio. It comes standard in the C53 and C2700 Preamplifiers, allowing both of those units to take advantage of some of the latest innovations in digital audio technology. McIntosh home audio products equipped with the DA1 can now be upgraded to the newer DA2.

The models that can be upgraded to the DA2 are: MA9000, MA8900, MA7200 and MA5300 Integrated Amplifiers; MAC7200 Receiver; and C49 Preamplifier. (Note: These models will continue to come with the DA1 installed. Upgrading to the DA2 is an optional dealer installed upgrade that must be installed by an Authorized McIntosh Dealer or Authorized McIntosh Service Agency.)

I’m interested in the HDMI ARC. I’m curious about the specs as well. It’s priced as a $1,000 upgrade and only available at a dealer or service center. You cannot self install. It’s been speculated that it uses an ESS Sabre 9038 Pro chip, but I haven’t seen anything concrete to verify. Lastly, will it be a noticeable improvement sonically?

I use an outboard DAC by Denafrips, but DA2 having ARC would make it valuable to many.

The Terminator is pricey, but the DA1 is nowhere in that league. I no longer use the DA1 for any DAC task, Would you like my MCT500 SACD deck?

Hi Doc, are you using your balanced output to the MA9000? Just curious, as I recently acquired a MA 8900.

Here are my connections:
a. The NUC is on the (wired) network. That’s it.
b. The Auralic Aries G2 (streamer) outputs via USB to the (Terminator) DAC
c. The Denafrips Terminator DAC outputs via BAL cables to the McIntosh MA9000

d. The McIntosh MCT-500 CD Transport is used only for SACDs and outputs via McIntosh proprietary cable to the MA9000 DA-1 Module.

e. The Jay’s Audio CD Transport (to arrive today) will output via i2S to the Denafrips DAC

Let me know if that was unclear or you have other questions.

McIntosh requires that you take your integrated amp to a dealer for the DA2 swap. From the looks of the unit, it is a very simple exchange. 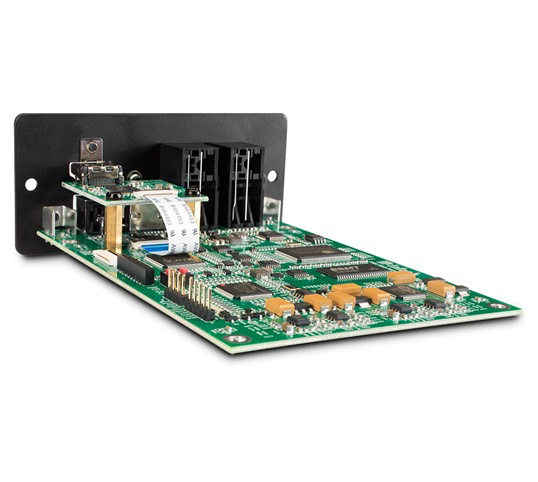 Anyone know what DAC chipset McIntosh uses in the MA8900? I have searched far and wide and found nothing to answer that. Maybe someone has popped the ca...

I did emailed Mcintosh asking for those details while ago, this was the response: