I’d like to do this as well. For example I’ve got Esbjörn Svensson Trio (E.ST.) 4 times in my artists overview. 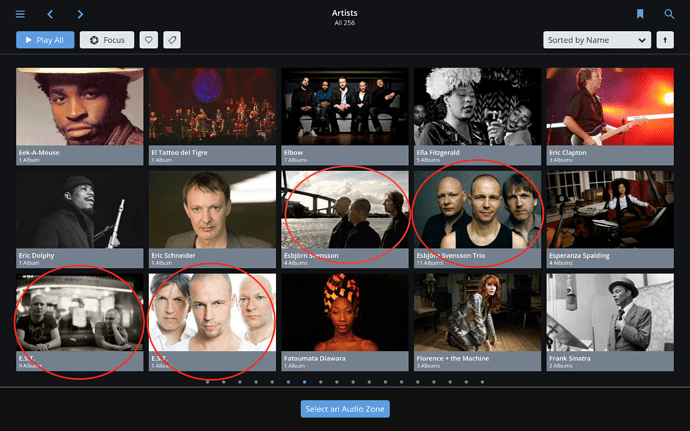 Yes, me too I think this could be a great feature. It could be useful also to group artists that works under different aliases; example: Carl Craig who uses aliases like Innerzone Orchestra, 69, Psyche, Tres Demented… It would be very nice to see his stuff all together.

I still have an Artist (Not Mainstrem) that despite my checking things Roon sees as two Artists. Abi Moore. So I have three albums over two Artists when the reality is only one Artist.
The ability to Merge Artist in a similar way to that which we merge albums would be helpful.
Probably not as simple to achieve as I think.

I definitely need this… Carl Craig is a perfect example. Many techno artists use different monikers.

+1 from me. This is definitely an issue with a substantial amount of music in my library.

Doesn’t this already exist? It seems so obvious, given that the artists go by different stage names throughout their careers.

It does, it was added in the past two years.