This is a stupid question and I’m clearly missing something basic. I apologize in advance. When I merge two files – for example two discs of a two disc set – I can always still see the two discs that I merged and also, distinct from each of them, the now properly merged disc. Is there a way to clean it up so I only see the merged disc? So for example I merged this Johnny Smith set into its proper 8 disc form, but each of the two pre-merged disc, and the pre-merged 6 disc are still there.

You need to select all the albums and the Edit > Group Alternate Versions. 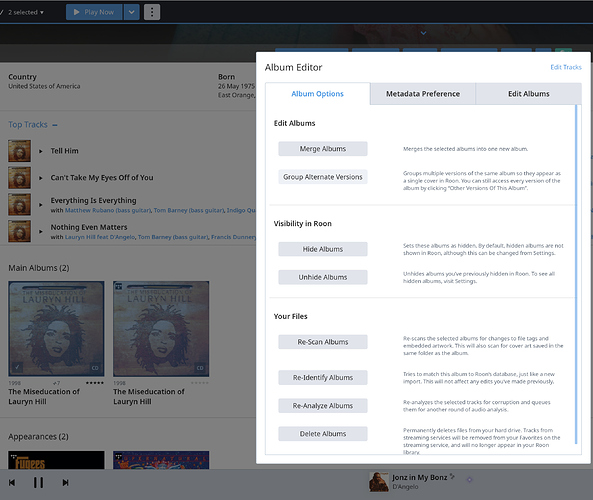