@support This one seems to be missing: Buckingham Nicks, ‘Big Pink’ re-issue. Thanks in advance It’s a bootleg, not an official release.

Needle drop or from tape?

Whilst it’s not an official re-release that particular one is pretty good and I suspect a leak from the master tapes. Definitely not a needledrop.

Okay, but the “Bootleg” icon doesn’t show, and there is no Artist biography page either. For such a noteable album, Roons match needs a little work.

This is what it should show:

If it’s unidentified force a match. The album itself is legit, the release isn’t. No matter, just force a match and you’ll get the metadata.

Yes, I’ve played with forcing a match, and the data doesn’t appear. I think it needs massaging on Roons part. But thanks for your suggestions

I see that now in my own collection.

@support, for some reason the data feed doesn’t pull through for identified albums.

It looks like we have a couple versions of this album in our metadata. We have an 8 track version from Rovi (as seen in the links above) that has some information that the 10 track version from MusicBrainz does not. How many tracks is your version of the album?

Can you share a screenshot of this album as well as the current metadata you’re using in the identification wizard?

Dylan,
thanks for your reply… I have the 21 track version linked in the first post above. A screen shot probably isn’t very useful, but here it is: 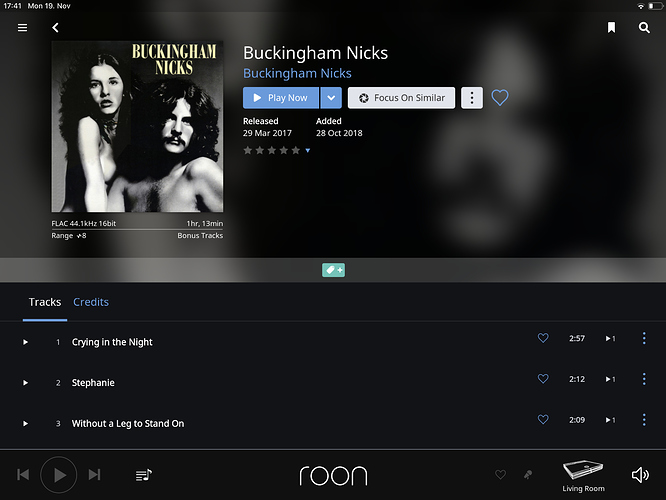 In this case it looks like we just don’t have the data for this particular version of the album. Apologies for the inconvenience here.

@dylan, I have multiple versions of this album, not one of them carries any review within Roon, albeit none are unidentified. Roon siimply isn’t pulling the review metadata through and that’s likely what’s happening in @mikeb’s case too.