Sam baker made a couple of albums.

Only two are available on roon. Spotify has them all. Why lead me to spotify?

When you say only two are available in roon, do you mean it’s only recognising two of your library albums? 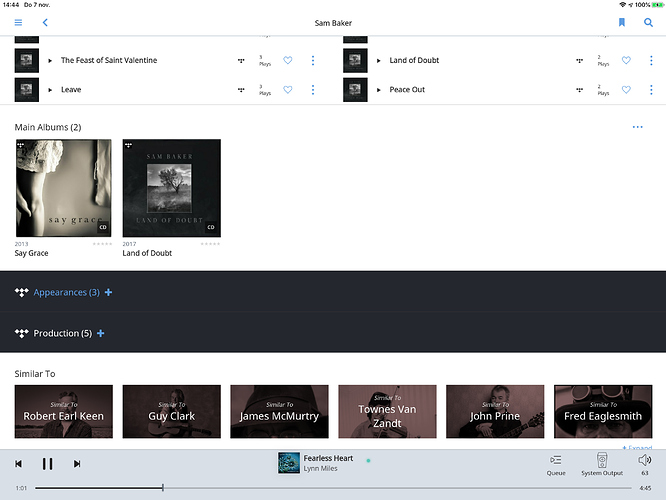 So you are talking about Tidal not roon. I suggest you contact Tidal and ask them.
I think it might also be your region there are 10 albums showing in the UK in Tidal.

Some of his other albums seems to have been split off under a different Sam Baker entry. See:

Try looking at the other ones, I found Pretty World Trilogy, Horses and Stars that way. However, in Roon there are two entries for the former that should be merged.

Tidal has those ten albums. It is not a reginnal issue. Could after January 01 2020.
It is still a roon issue.
But it looks indeed that roon has mixed them up, as tidal 10 does not refer to the same Sam Baker as well.
I belief this clears the issue.
Thx for your response.