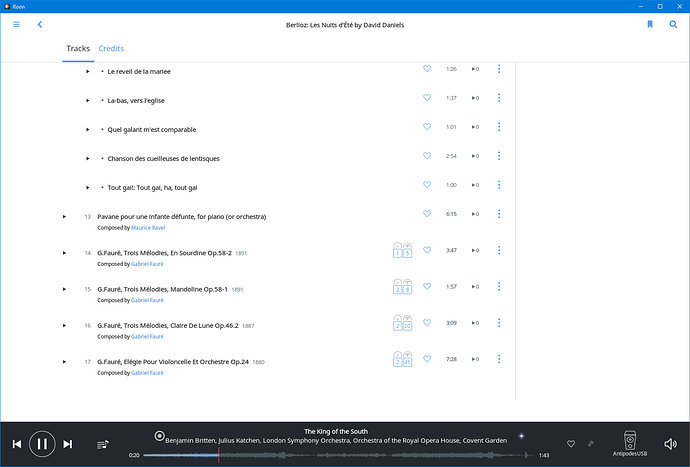 Hi James, is this album identified? The compositions look like they may have been munged from your file tag track titles. 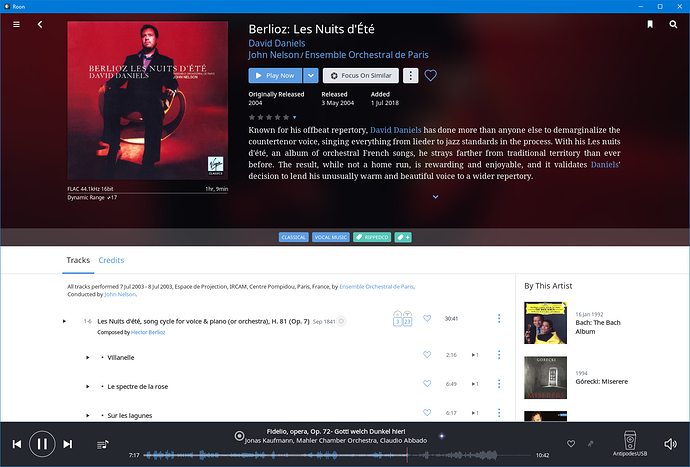 Okay, the composition titles do not match those in our metadata. Have you set Prefer File for Multi-Part Composition Grouping either for this album or globally?

A couple of the tracks have WORK and PART tags, so I probably set “Prefer File” locally.

That’s probably where the typo is… Or in another WORK tag for another album.

The file name shows the error (below). If I have said Prefer File for Multi-Part Composition Grouping locally, does that mean will, or might, use the file name in its display for a track?

As for where the file name originated, it was probably done by JRiver since I was using that when I did disk-ripping until recent months. But in a trial just now, I started dbPoweramp against the CD, and in dbPoweramp’s preliminary display, I see that the same, bad file name is being shown. So I infer that JRiver and dbPoweramp are getting information from the same source (which isn’t AllMusic, since that gives a correct spelling).

For future reference, under what conditions does Roon use file name in its display? The conditions appear to include “Unidentified” (as in “Concert of the Century” on a separate thread) and Prefer File. 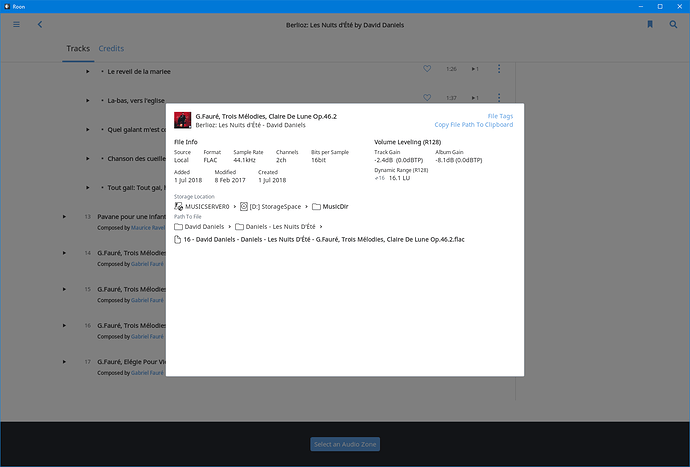