There are 2 Sonny Thompson. One is a R&B composer who is credited in my library (correct) in some blues albums:

the same Sonny Thompson is credited (wrong) in these albums by Michel Portal (last one by Prince):

in this case, he should be another Sonny T. (bass player):

finally, in my library there is a second Sonny T.:

with no additional infos. he could be the bass player. in any case, he is not credited in all the correct albums.

note that in allmusic there is quite a mess:

Find information about "" listen to "" on AllMusic

there are 2 sonny loyd thompson (or loyd sonny thompson) who are the same person (bass player) and 2 sonny thompson, none of them credited where they should (Prince, Portal, etc)

We looked into this and requested that our metadata provider review their Sonny Thompson credits and update them where necessary. We will let you know when we hear back from them.

I heard back from our provider today and this was their response:

Sonny T. and Sonny Thompson [Bass] are the same person.

Since he’s been billed both ways, we left the credits as-is and put a mutual “also performed as” relationship between them. We did some other cleaning of the 2 Sonny Thompsons as well.

@dylan
yes… i got that Sonny T. and Sonny Thomson [bass] are the same person.

the problem is with this other sonny thomson (composer) 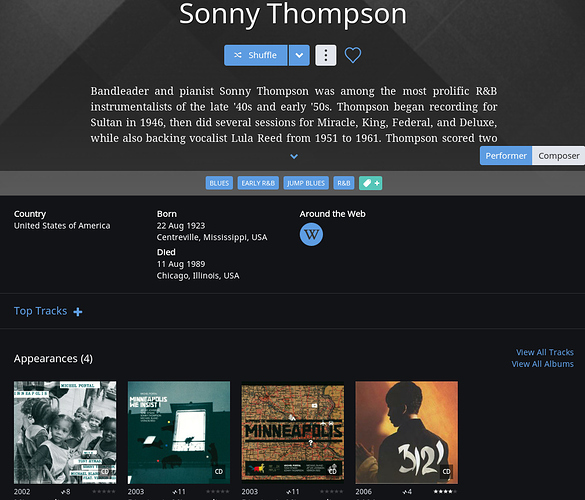 so, this S.T is mixed up with the bass player.
actually, if you look at the first CD credits in allmusic you get 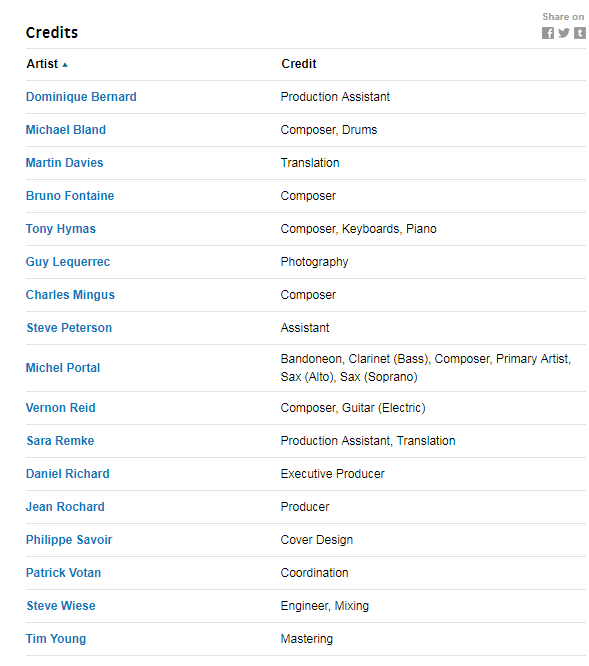 and sonny thomson … is missing (strange, he is a main artists of the album…).
so, in my roon library he is there because of the file TAGS. 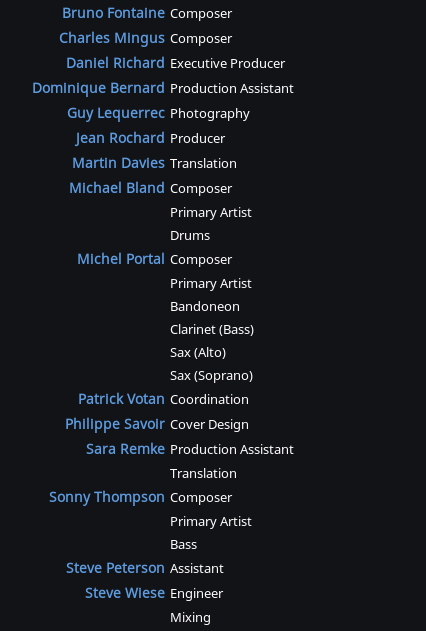 the problem is that roon associate my “sonny thosmpson” tag with the wrong S.T.

I met with the team and discussed this today.

This particular case is a bit tricky. We do not have a credit for the composer Sonny Thompson from any of our metadata providers, it’s just coming from your tags.

The tricky part here is that there are two people known in your database named Sonny Thompson, so it’s it’s a bit ambiguous. We generally try to make the best match based on the data available to us, which can sometimes come down to which credit is more prevalent.

There are a couple of options for resolving this type of issue.

One option is that you can make an edit in MusicBrainz to include this credit for the correct person. It won’t be instant, but once that data flows into Roon we’ll have the information available to us to apply the credit to the correct person.

Alternatively you can just make an edit in your database.

Let us know if you have any questions about this.

the R&B sonny thompson is credited as composer in dozens of albums.

if you look at the list, there are (among others) the stevie ray vaughan albums (correct).
but also the michel portal or prince albums (wrong).
for the last ones, he is credited there as bass player, so i guess it should be the other sonny thomson (bass player).

so, i think the error is definitively in allmusic metadata.
N

When we reached out to them they mentioned that they did do some cleanup here. Can you give this another week or so and if you’re still seeing incorrect credits on these albums please share screenshots of the albums. I’ll then reach out and ask that they review once more.

@dylan, on my side, nothing changed: 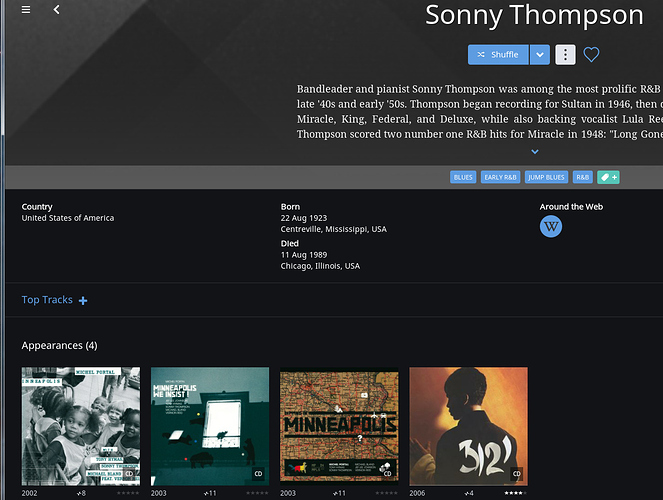 image.jpg1190×897 245 KB
wrong sonny thomson credited in some michel portal albums.
note that in allmusic sonny t. (the correct one and the wrong one) are both missing.
sonny t. is present in my file tags, and roon associate the tag to the wrong one…