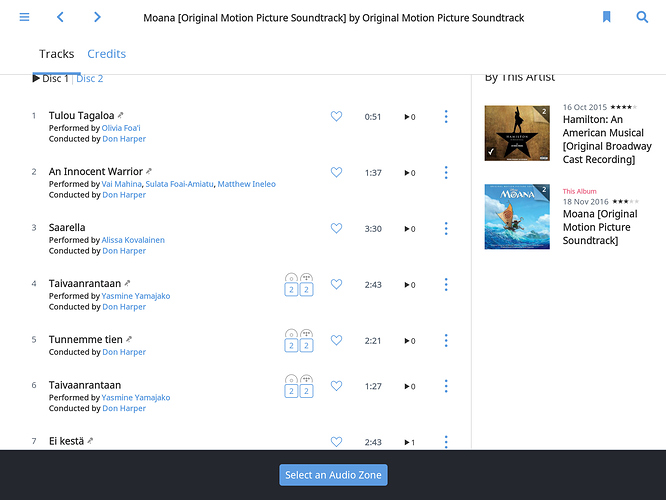 Somehow Roon sees it as a very Scandinavian album.

@Michael_Dahlstrom Hi Michael, we’ve taken a look at this and what’s happening is that some of our metadata providers consider the different language releases of the Moana soundtrack as part of the same “release group”. So they’re telling us that all the different language variants are essentially the same album. Then, because the track titles and times are similar or identical, we make a reasonable assumption that we can apply track credits from one release to another release.

There’s no easy fix here, but we’ll consider ways of avoiding this problem in the future.

That’s seems like a very doubtful explanation as to why tracks are listed in mixed languages, some English and some Scandinavian.
How come Tidal et al don’t have the same problem?

Thanks! I’ll just have it use the file properties then. Onesie-twosies are always going to happen with as much music as there is out there. Thank you for investigating!