Taking a DSD lowers the cost vs running all analogue and following the full analogue one step process.

MoFi were charging more because people believed it was analogue, not because it cost a vast amount more than say AP.

How much a company chooses to charge for its product is not solely determined by their total costs. A lot of that price is determined by what the market is willing to pay.

In in the MoFi case, they knew people were willing to pay more for “analogue”, that’s why they were more expensive.

The logic is this: the price charged prior to the to light being shone on the dubious practices was based upon economic scarcity caused by a finite amount of times a master tape can be used before degrading to an unacceptable quality. With DSD introduced, that scarcity no longer holds-up.

You both are forgetting that the scarcity is the number of 1 Steps made…not in how many times the master tape is used.“Thriller” is cheaper than “Van Halen” because they are making so many more copies…

Scarcity is caused by the number of times the master tape is played.

No. Scarcity has to do with how many discs MoFi produces. Yes, the limited number of times a company will let anyone play a master tape can factor into this scarcity…but it only one factor.

Production of the DSD requires less plays of the tape than using the master tape to create plates directly. Once the DSD exists, it will not degrade and can be used an infinite amount of times to create new plates.

The market inferred a resource shortage (fewer copies due to supposed limit on the plays of the master tapes to produce plates). MoFi allowed this narrow interpretation to pervade to foster the illusion of scarcity caused by a resource shortage. The artificial shortage created supported this continuance.

It’s a fairly straight line between all points and the reason why people are upset. There is now very little to stop MoFi going back to those DSD files and creating a reissue that will be pretty much the same as the original save for any variances or improvements in the physical output (manufacturing improvements or raw material variance). They no longer need to hide behind the original artificial scarcity. The value of the previous releases will inevitably drop (and personally, I hope the scalpers and speculators who bought multiple copies and denied other fans a product get their fingers burned accordingly).

I think this line of discussion is now becoming circular in nature, so I will stop there and let you put whatever spin on this you feel you must.

From 5 years ago, MoFi engineers chortling their way thru an interview. The bald face lie happens at about 1:15. Then of course there is a series of lies by omission when they talk about a 1 step and 3 step process. Seems they leave out a step. Also, there’s the sly placement of the poster that sort of implies master tapes are in the process without a mention of any digital step.

This shows that it isn’t only the marketing division that are liars. 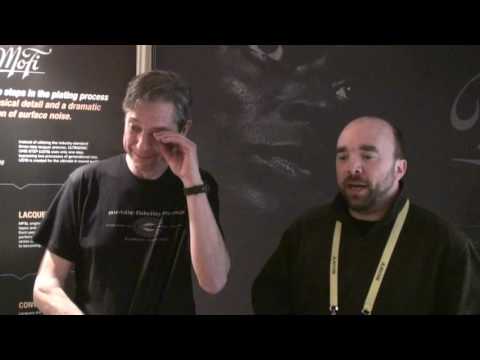 The latest interview with those same engineers and a third. Not so much fun now, is it boys? 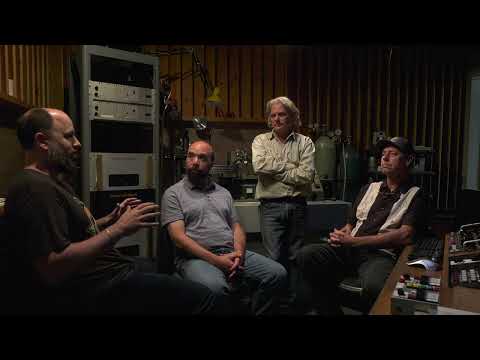 A disgrace and that’s saying something in an industry teeming with uber expensive cables and switches that do nothing. Really, it’s just more of the same. 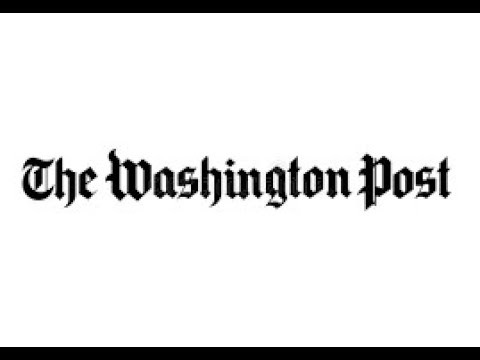 Interesting to hear MoFi have said they will not be lowering prices. 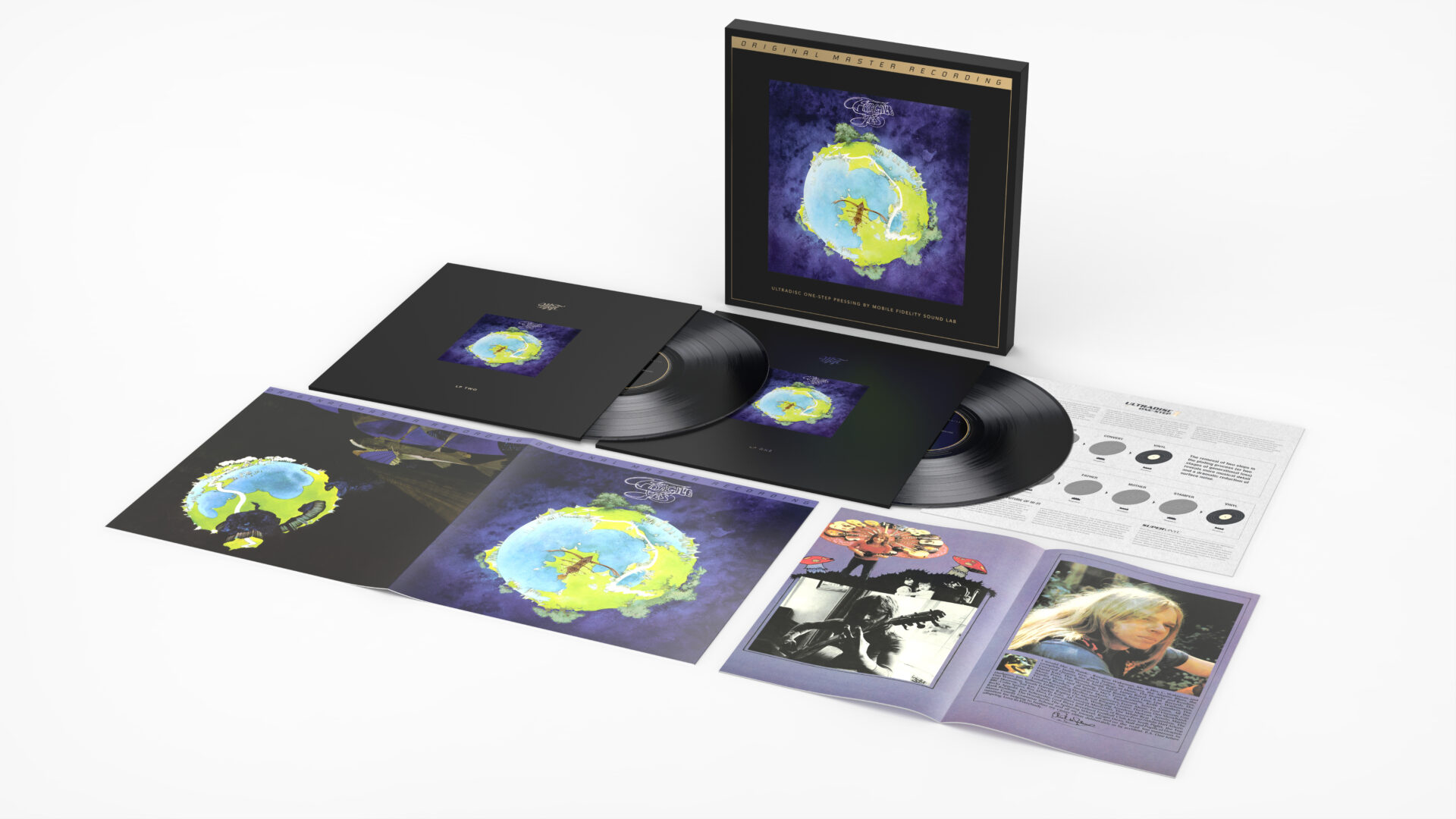 Quote from the interview:

“We experimented with making analog copies from the master. Various tape stocks (½**, 1**) and speeds (15ips, 30ips) were tried but rejected. There was no way to overcome the noise-floor disadvantages of copying from one analog tape to another. When we tried DSD, it was immediately clear this was a vastly superior method for maximizing information retrieval. Developed as an archival format, DSD is sonically transparent, with a very low noise floor. Combined with the painstaking transfer process described below, the capture is a virtual snapshot of the master, revealing detail and nuance at a level that conventional methods could not. Counterintuitively, this capture yields, in our evaluation, superior sonics compared to a cut that is direct from the analog tape to the lathe.”

In an ideal world, that would close the analog vs. digital debate once and for all.

But they would justify it like that now their pants are down?

Yes, because that’s when you tell the truth.

Yes when your back is against the wall and you are out of options.
It’s a trite story IMHO.

They also used DSD64 for a while. I guess that’s supposed to be really bad.

In an ideal world, that would close the analog vs. digital debate once and for all.

The issue is the considered deception seemingly in the service of higher prices.

For example, Analog Productions truly all analog release of Muddy Waters’ ‘Folk Singer’ is half the price of MoFi’s offering.

(Just to be clear, I love all technology. Some is definitely better than other, that’s all.)

If you read the quote, you’ll find terms like “sonically transparent” and “detail and nuance”. At least according to them, it was all about SQ.

(Just to be clear, I love all technology. Some is definitely better than other, that’s all.)

I will say this, the MoFi confession has whetted my interest in SACD.

Do I need another format? No. Why then? Because it’s there.

Who knows, after a few more confessions like this, maybe people will rediscover the CD and realize they don’t really need hi-res and that they want it just because it’s there.

maybe people will rediscover the CD and realize they don’t really need hi-res and that they want it just because it’s there.

That comment seems to be at odds with your posted quote from the interview.

When we tried DSD, it was immediately clear this was a vastly superior method for maximizing information retrieval.

Do you mean that MoFi could have just as well used a CD as a DSD?

What a sycophantic “interview”.

The question is why was the transfer to DSD not mentioned anywhere in MOFI literature or even admitted until the past month?

I suppose if asked it would be another case of citing the fifth.