What is the advantage of running it that way. Does it simply mean you can get it to work in any hardware or is there more to it?

Running multiple apps simultaneously & virtually. Auto restart containers that crash, something roon is good at. Separately storing and isolating each container’s configuration and data in a separate data location (RAID 10 ARRAY), while the container os runs on the nvme ssd. Easily updating and restoring a container automatically or recreating all the containers with a simple script that recreates all of my containers without having to reconfigure the configuration or media data folders. I run a Plex Media server, Couch potato, Sonarr, NZBGET, PlexPy, Minergate, et al. They all runs flawlessly in containers, most auto updates, the one that don’t I simply run a script that destroy and recreate containers with updated source images.

I never have to reconfigure apps. I mirror my RAID 10 blade server every week on a 2nd blade server with a 40TB RAID0 to ensure all 30TB of Media and all container configuration data folders are backed up for easy and fast recovery.

It’s a bit of a steep learning curve, way overkill, and not for the faint of heart.

After a wee bit of tinkering with disk image conversion and a USB keyboard, I present you the VOCK, running happily inside a VirtualBox: 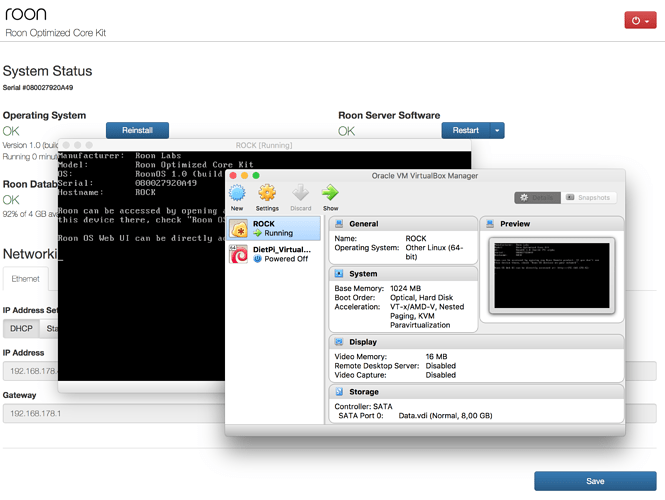 Auto restart containers that crash, something roon is good at.

It may be better debugging that properly – Roon is very much capable of running 100% crash free, certainly on Linux.

I have an Alienware Alpha which is a nice small NUC sized form factor. Well, plus an LED triangle slice out of one corner and an LED alien head on the front. The graphics are a bit behind the latest but it has an i3-4130T @ 2.9 GHz. It came with 4G which I upgraded to 8G. I also upgraded the 500G HD to a 240G SSD.

I tried ROCK on it and it installed perfectly.

@weldp Just curious, if the next release of ROCK failed to work on your HW will you accept that?

Curious to know, what would be the point of running Rock inside a VM?

Tinkering only – and keeping up to speed with ROCK developments without the need of running an extra NUC.

There’s no practical advantage of running ROCK in a VBox compared to running Roon proper.

I would accept that. I am not using recommended hardware. To me it is a bonus that it works on hardware I had laying around unused that I was thinking of repurposing.

I don’t expect the hardware I am using to fail to be compatible however because it is a modern i3 based system. That said, I would never expect Roon to have the resources to test all the various hardware choices people might make, including the Alienware Alpha. I would rather they spend their time working with endpoint vendors getting more endpoints compatible such as the KEF LS50W I have.

A post was split to a new topic: Question about KEF LS 50 W

Agreed, I too have a pair of Kef LS50w’s and look forward to Roon developments concerning them.

This MOCK stuff is fun:

I am trying to do the same. How did you manage to mount the .img in virtualbox? Thanks!

VBox cannot boot from the IMG. You will need to convert it to a Virtual Disk Image (VDI) first:

In your Virtual Machine, create a SATA controller, with the VM’s primary disk at Port 0 and the newly created VDI on port 1.

ROCK will now boot. To be able to enter any choices in the installer though, you will need to attach a USB keyboard (at least I had to, working from a laptop) and add it to Settings > Ports > USB: 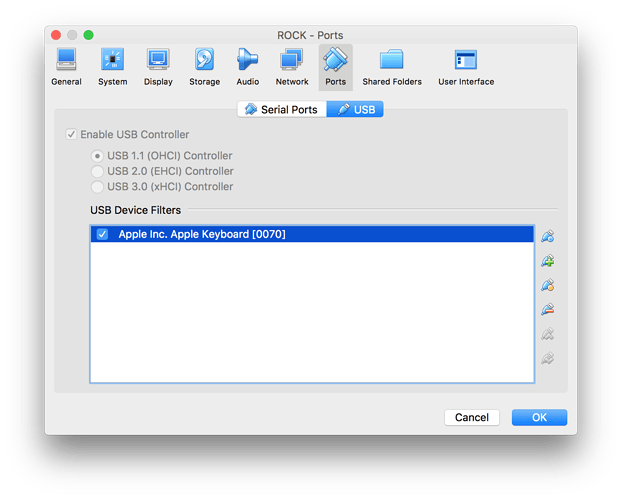 Once the installation is finished, you can remove the VDI attached to SATA1. If you’re feeling frisky, you can add a new VDI for your Virtual ROCK to have an internal drive: 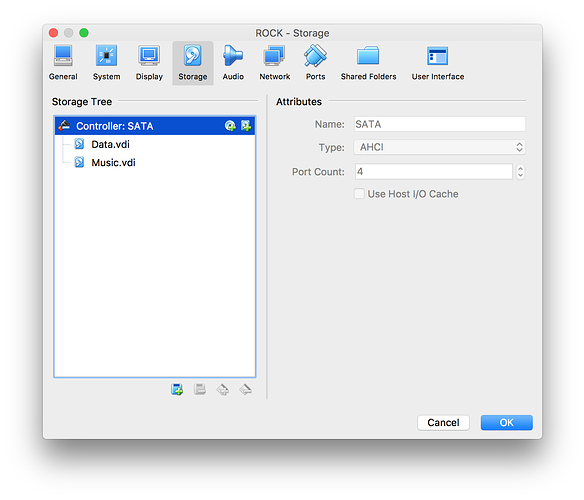 Got it working! Thanks!

For others that are trying this out:

You can also set the network adapter to Bridged instead, so ROCK will get an IP adresss in your regular range.

I have installed ROCK on a DE3815TYBE motherboard. I suppose strictly speaking it is a NUC but it is only a single core Atom processor. I have used a SATA DOM as the drive, 32 gig in size but it needn’t be anywhere near that big. It is only being used as an end point but because I haven’t signed on to it simply appears as a network attached device. It works well and sounds pretty good powered by a battery.

Ideally RoonBridge would be the better option but in this case the small and simple operating system makes it worthwhile.