Most played albums the last year

December is near and the traditional “best albums of the year” lists are appearing. I usually haven’t put enough listening time in to make a list of only 2019 albums. I listen to newish stuff and old. So I propose a different list: What 10 albums did you listen to the most in the past 365 days? I got my list from Last.fm but any method will do.

Who wants to play? 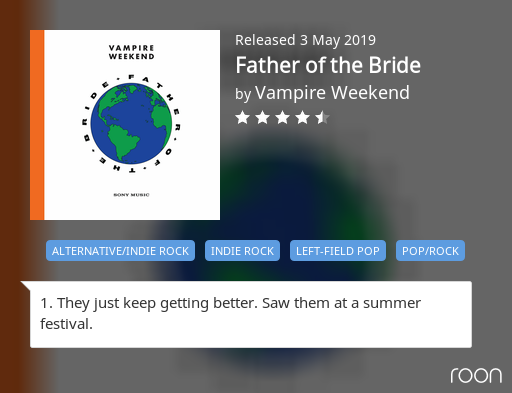 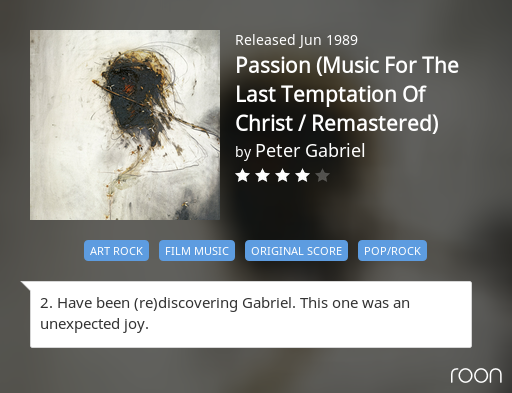 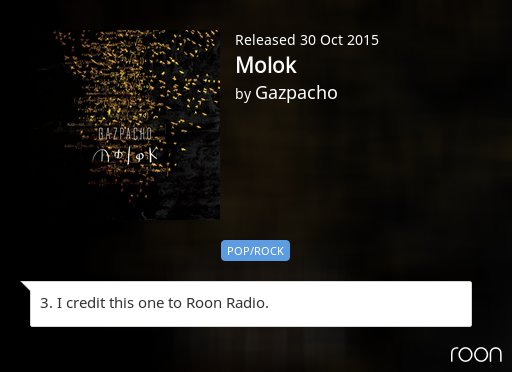 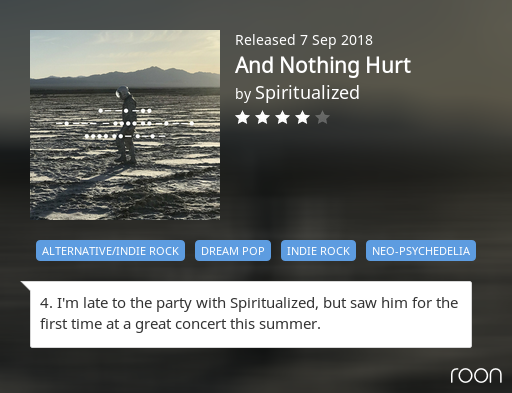 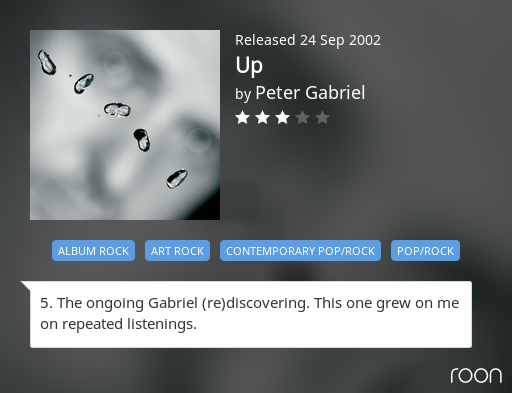 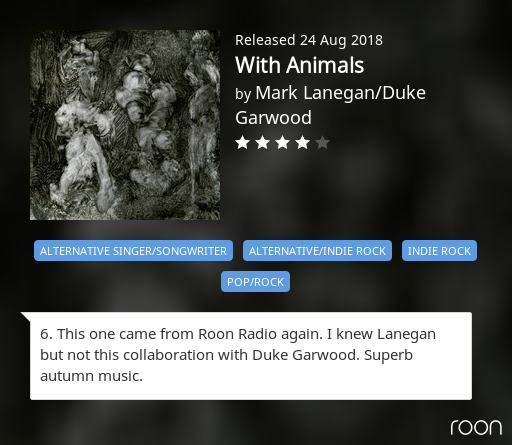 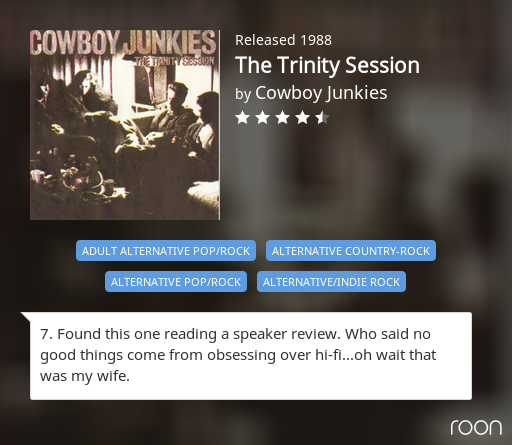 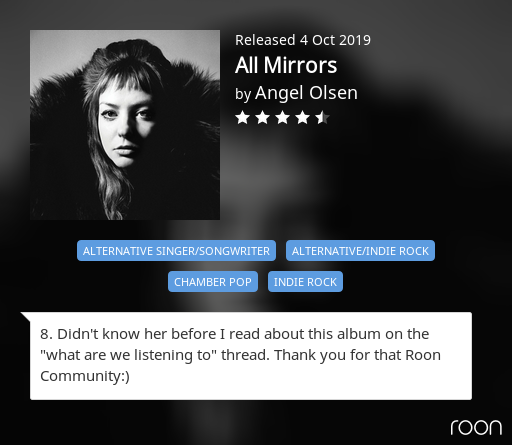 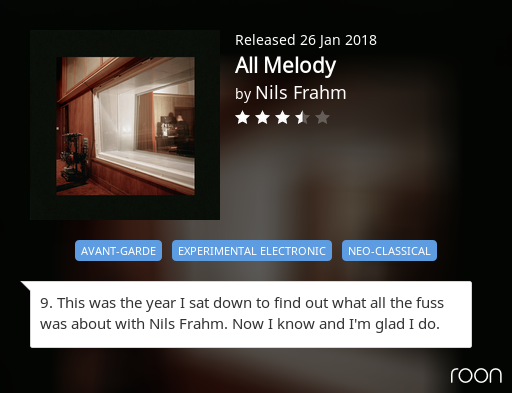 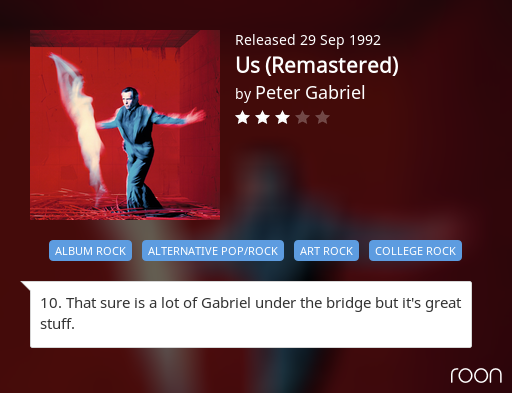 any method will do. 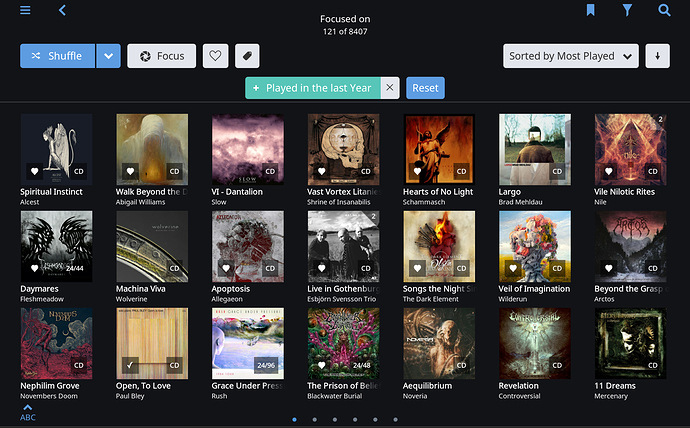 Then I guess it would look like this for me.

Actually this method gave me all time most played that I also played this year. 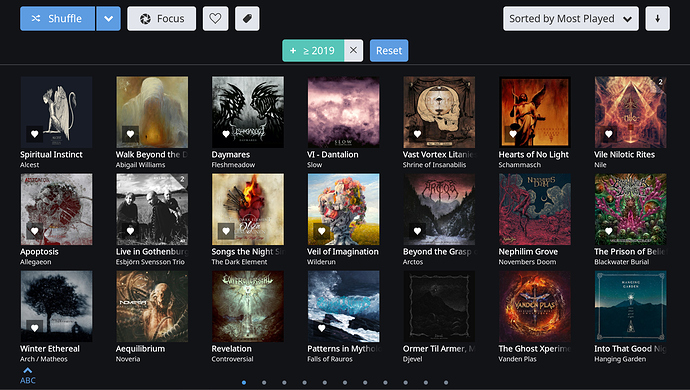 So this must be correct.

Well, it correctly displays the most played albums that you added to your library last year. Which is not quite what Martin wanted.
Given that Roon’s most played statistic seems to be calculated over all time, I fear we cannot produce precisely what is wanted via Roon.

I wondered whether one could get an approximation by using the tracks browser, but plays there is based on all time as well.

Great if we could make a list in Roon but for the purposes of the thread an approximation by memory is also fine. If I go back through my added albums in Roon the last year I get a pretty good idea of what I heard a lot.

Right. I read too fast and assumed he was ‘talking’ about 2019 albums.

This is my list of top Album scrobbles for the past 365 days: 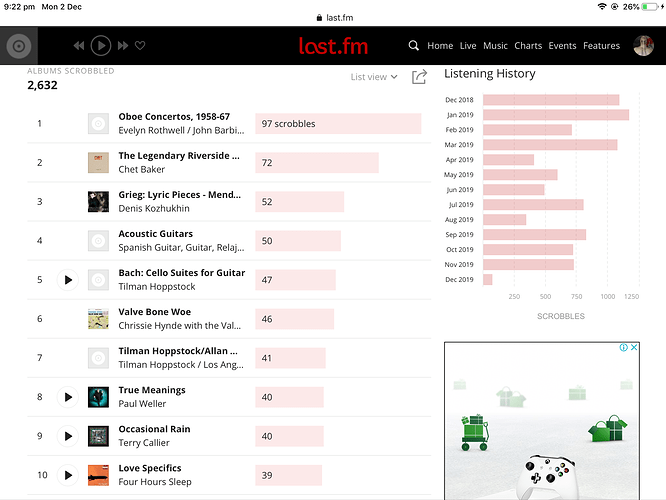 I think it’s been thrown off a bit by some Albums I was using to check HQ Player stuff (Chet Baker). The Oboe concertos is a fair cop though, love them.

Not enough Oboe in rock music these days:)

Mostly background music while I work and Brian Simpson since he’s a good friend of mine. 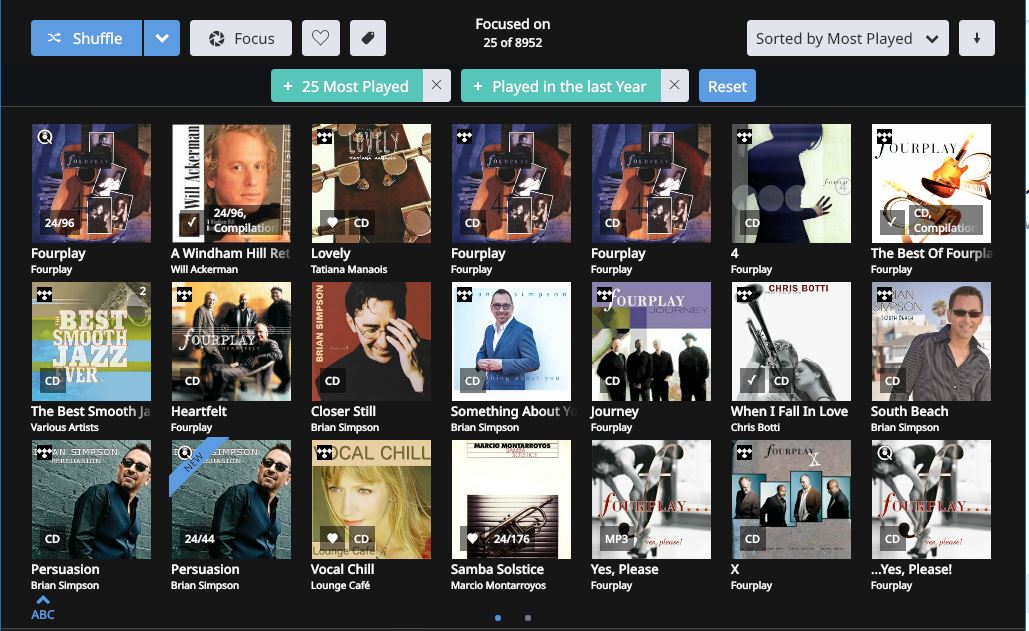 This is me, I’m slightly surprised I don’t have more 2019 albums in there. I need to up my game! A couple of these albums have been boosted by my son’s listening habits as well 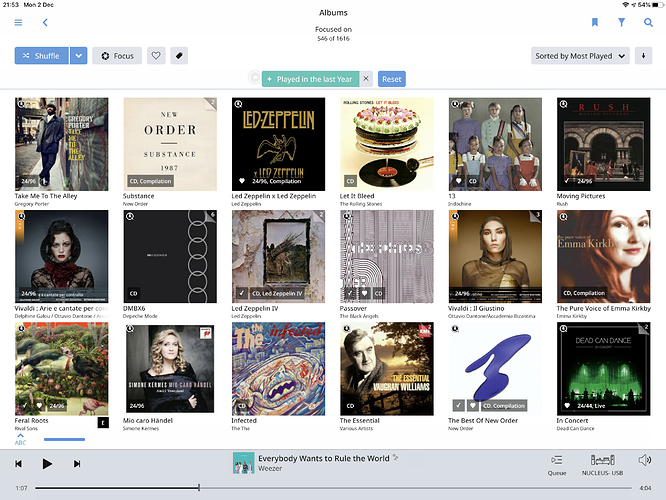 I only had Roon for about half a year. Looks like I’ve listening a Miles Davis quite a bit 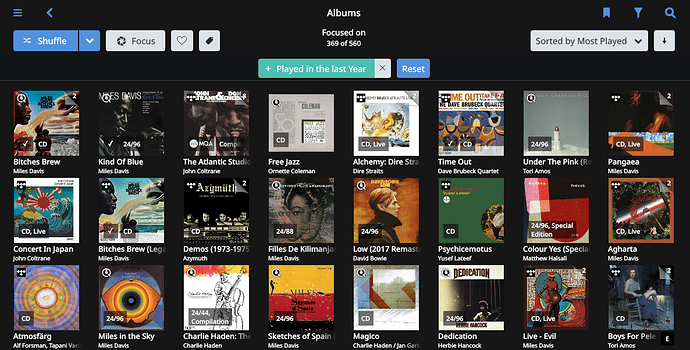 Looks like I’ve listening a Miles Davis quite a bit

And what’s wrong with that??

I really like his electronic period works and of course Kinda of Blue, who wouldn’t?

I really like his electronic period works and of course Kinda of Blue, who wouldn’t?

Electric Miles is what got me into jazz way back in the early 1970s. I was actually at the concert where Dark Magus was recorded. Boy I am getting old.

Oh wow, that record is many ways one of the most interesting one (imo) - I’ve only read some stories about the concert, but I have to ask how was it? (if I could go back in time, that concert would be first stop)

So you want a review of a concert I attended 45 years ago?

Okay I do remember a few things, some music related and some more personal.

Of the music, I remember that Miles was directing things in his usual very understated fashion and would point to the various musicians when he wanted them to solo. Plus every so often Miles would punch out a chord or two on an electric piano. Dave Liebman and Dominique Gaumont were stand outs while Michael Henderson bass was rock solid. Joyful noise and perhaps the first great guitar noise band. Sonic Youth owes them big time. The album was initially released only in Japan and I paid very good money for a copy after hunting for it for quite some time.

The personal memories involve the beautiful young lady who I was with that night.