In the two examples above I understand 48kHz is what the MQA file is encapsulated in and it is 1 times the value. If it’s 48kHz you get the first unfold to 96kHz ie double the value.

If you have a MQA DAC further unfolding occurs, however, what I don’t understand is what the final values of 96/192kHz are telling us.

In the first example you could say 96kHz is double ie the first unfold so we are just being reminded of that but then this interpretation wouldn’t apply to the second example with 192kHz.

If we were being told the double unfolded value then that wouldn’t make sense with the first example where 96kHz is displayed.

Very simply can anyone explain what the final values of 96/192kHz are telling us above? 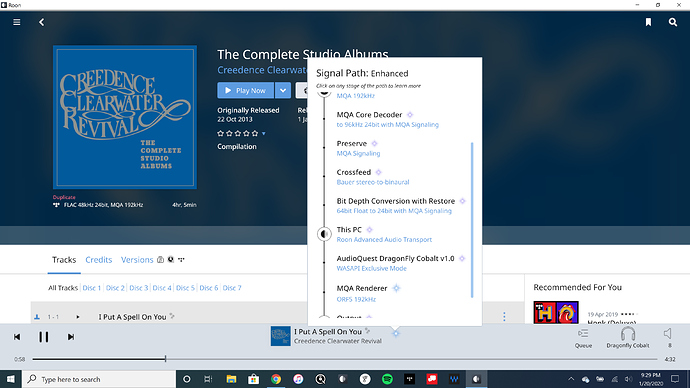 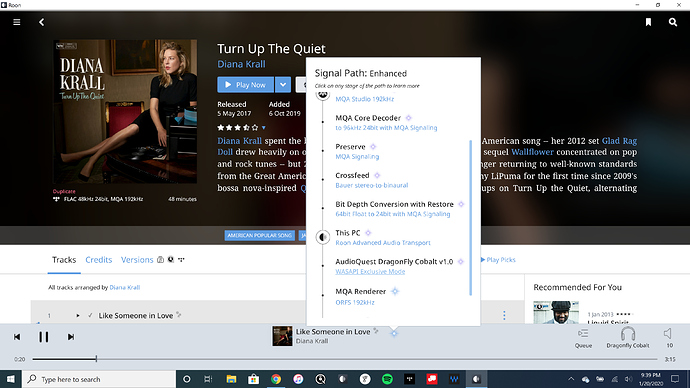 I’m not saying anything. This is what Roon shows when I play a 24/192 MQA using my Dragonfly Cobalt which is MQA capable. 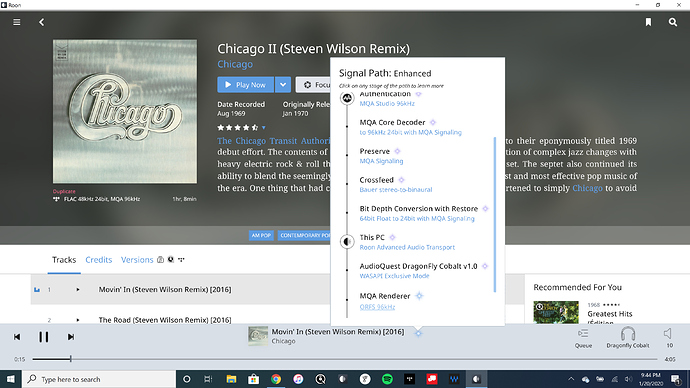 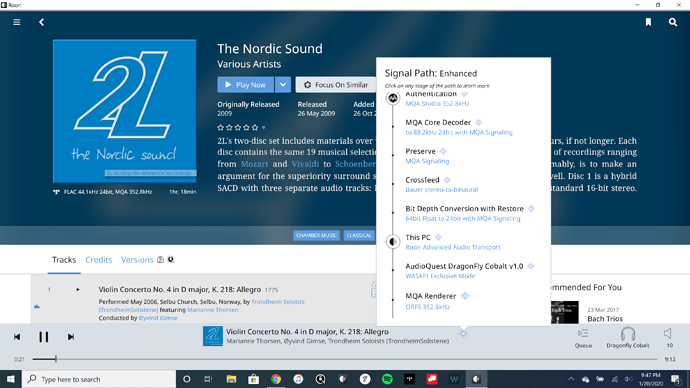 They only refer to the sample rate of the master used to produce this music.

You cannot infer the final rendering rate from this and it differs among different MQA DAC. It is only guaranteed that a MQA DAC will do this in the best manner as determined by MQA Ltd.

Aha it’s starting to make sense now. I was looking at these values as having something to do with the final rendering rate. many thanks

MQA is MQA and you should listen to the analog audio. The traditional digital numbers are not relevant from a listeners perspective. That’s the old paradigm. It’s either MQA or it isn’t.