Roon has problems identifying multiple disc albums due to track numbering order. e.g. I number the tracks of muti-disc albums consecutively, e.g. track tags for Disc1 - 1 to 12, Disc2 - 13 to 20, Disc4 - 21 to 30 etc. I have the disc number properly tagged in the files too. Would be greatly appreciated if roon is able to identify albums using this track tagging method. I use this method as it’s cleaner; no multiple folders for albums and no need for (disc #) in the album title, and has been more compatible with some portable DAPs that don’t read disc numbers. 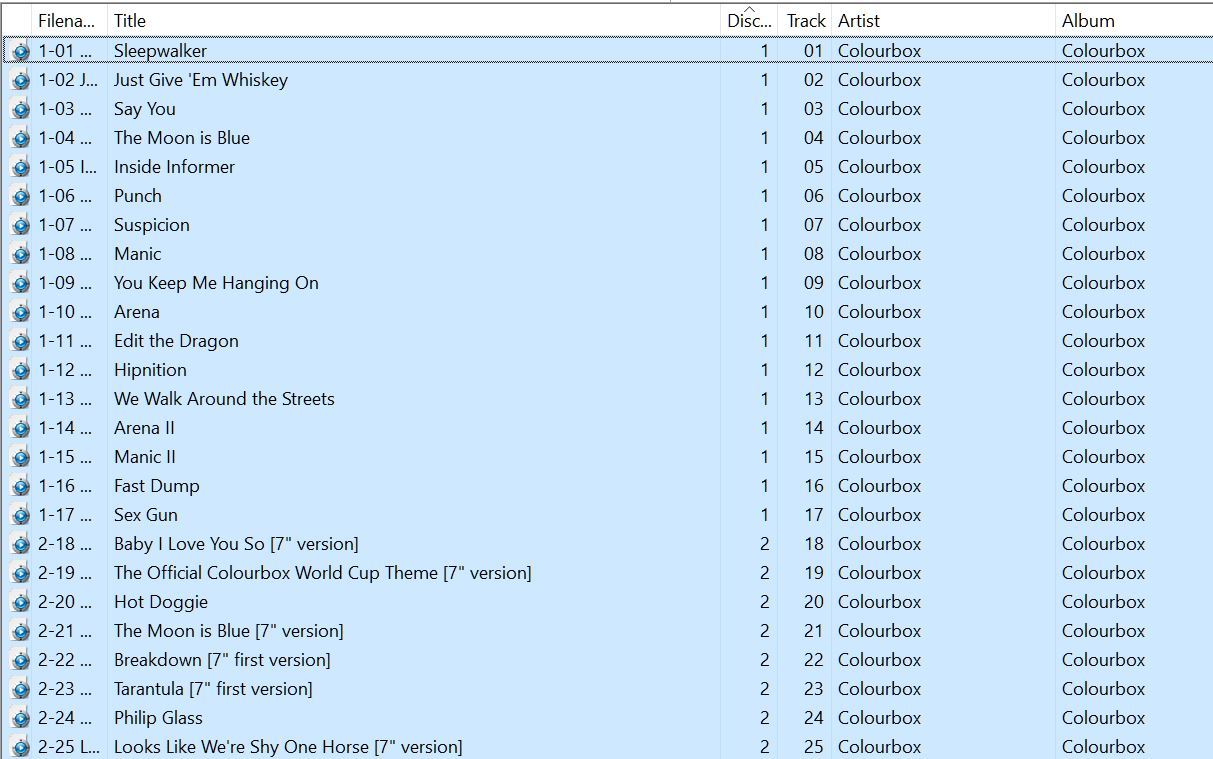 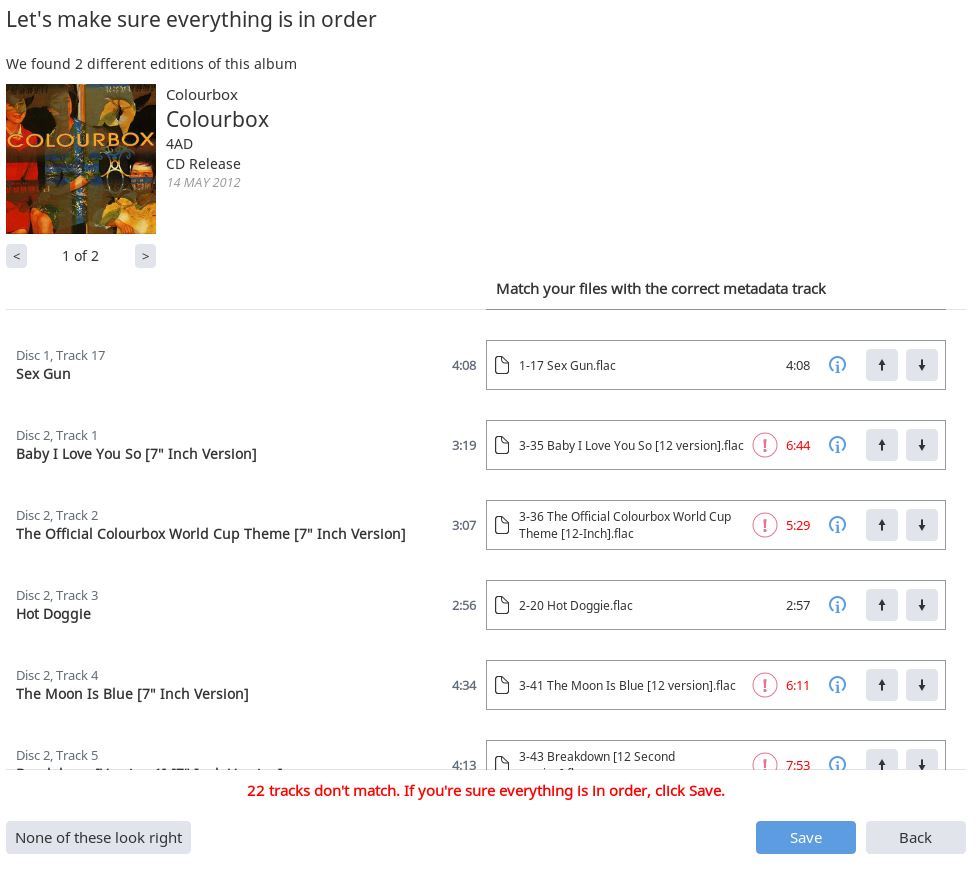 I use DB power amp and put disc number in the relevant place. Not in the title. It seems to work for me.
The other thing I have done is with the Chris Rea Blue Guitars 11 disc set is to select them all and add a Tag suitably titled. Select this tag and all 11 discs show in order.

i do use dBpoweramp and mp3tag. the disc numbers are in the right place, see above. i don’t use disc number in the title, exactly what i’m avoiding with consecutive track numbers. most muti disc set don’t get read correctly by roon. all my 4500 albums are tagged correctly.

I start disc numbering at 1 for each disc. Then Roon can merge discs into sets easily.

I start disc numbering at 1 for each disc. Then Roon can merge discs into sets easily.

That, I think, is the key. It’s what I’ve always done for multi-disc sets, and Roon has never had a problem. Also, in the real world, if you put (for example) disc 4 of a multi-disc set into your CD player, it certainly doesn’t display track 56 as the first track on the CD, but shows track 1…

You don’t have to have multiple folders, so long as you use disc numbers and start each new disc with track 1…

Edit - ah, OK so the limitation lies with your DAPs, not with Roon. OK, can’t help, sorry.

i just said, some DAPs, like my sony, don’t read disc numbers. i use disc numbers still, but aren’t read by some players. It’s not uncommon to have multi discs tagged like this, it makes the most sense for file based players. Digital downloads are also tagged this way even if they were originally a multi cd format.

Managed to do a workaround fix: