Nick Caves and the bad seeds album Push the sky away is not availble any more. On qobuz it is still availble? Why is that? How can i solve this problem?

Do you have the album in your library? Is it still there but is unavailable in the sense that it cannot be played? Did you try to search for it again? (And when you looked in Qobuz, did you search for it or go to your favorites?)

Sometimes it happens that you have an album in the Roon library that is removed on Qobuz and added new. The new album’s ID then differs completely and Roon does not recognize it as the same album, and anyway does not replace the one that’s in your library.

Try searching again and you may find the new one, because I can find it in search: 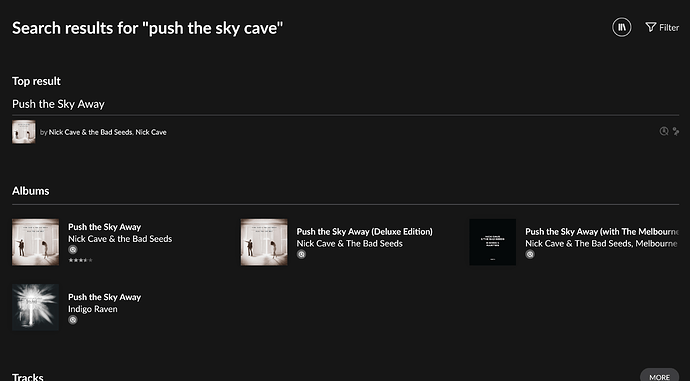 Thanks for your information. The album is availble again.

Great. Was it related to what I described or did it reappear on its own? I’d like to learn