My Classical Composers ➡ Sort my most played

I still would like to have my Classical Composers sorted by most played.

Sort by name and number of compositions is logical, but not sorted by most played.

Oh, for sure. So why don’t you just select that appropriate sort option 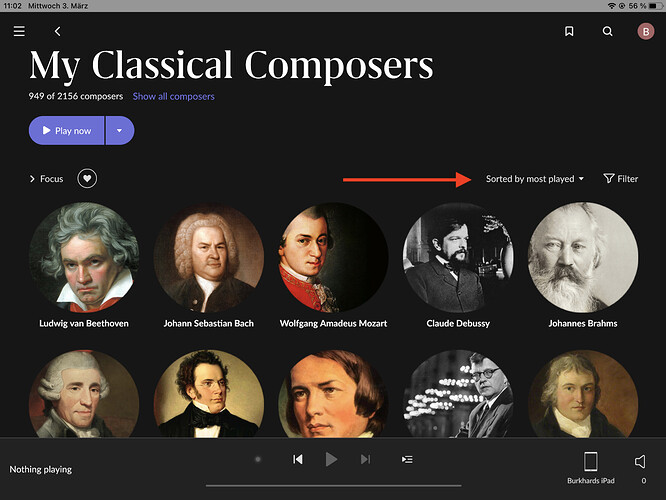 So why don’t you just select that appropriate sort option

Look more closely: he did.

@ThomasMz , I suspect that you have ascending Most Played ordering. Try reversing the direction of the arrow to pointing down: 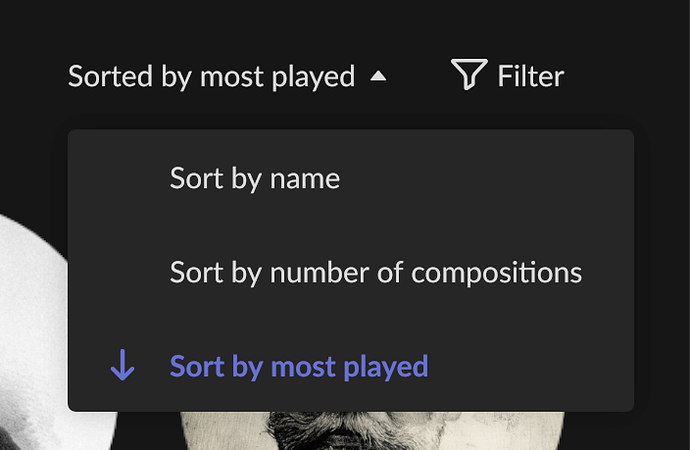 ok, didnt realize one could miss that arrow. But fair point.

how do you change the arrow direction

How about clicking / tapping on it?

Mine doesnt work, I had already tried that

what platform? I’m on iOS and Mac. Those work.

Not only in composer view but the ascending/descendig selection doents work anywhere across Roon. Frankly, I was thinking it was by design until now.

I will check again when I get home. Thanks

@joel It doesn’t make any difference in which direction i am rotating. It always sort after first name

But you are rigth for those Composers just „never played“ or all just once played, They do sort by first name whatever option you use. I now noticed this as well. Thats an odd behaviour, vulgo Bug…

It doesn’t make any difference in which direction i am rotating.

I just tested it on myself, you’re right. It doesn’t matter whether you want to sort in ascending or descending order with the arrow. The result is always the same. It’s a bug. (Client = Win 10, Core = Roon Rock)

Classical Composers are sort by last name, so YES.

Yep me just discovered this as well, see updated post above typed in sync…Appears to be another bug.

Interesting, it’s working here as designed, using Windows 10 and Android remotes against both ROCK/NUC Core and Roon Server on Windows 10.

What happens if you reboot the Core?

It seems to work correctly for me. Linux core, remotes are Windows via Wine on Linux and Android. 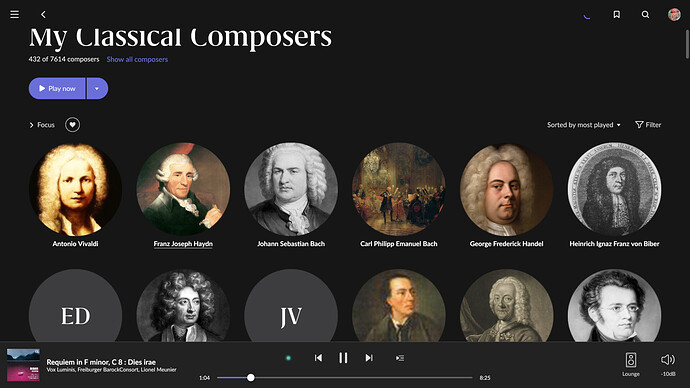 You need to try the reverse order! Try to show those that are not/little played first and see what you get then.

@eclectic same here., I did not notice it because I always sort most played first. The problem only shows when reversing order. 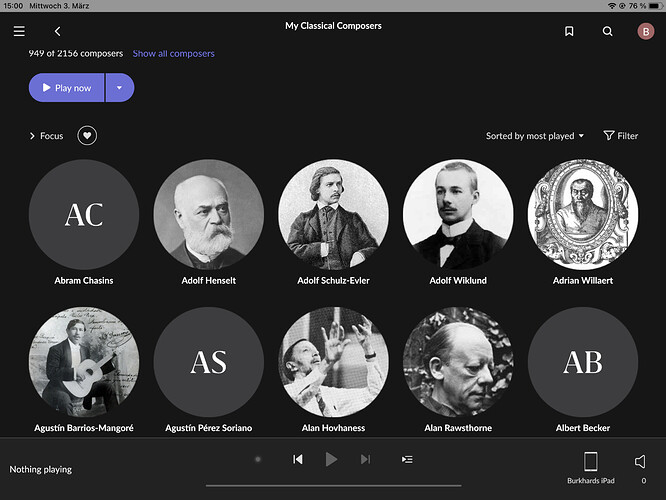 Ah - got you - it’s sorting on the First Name in reverse order. Yup - definitely a bug. @joel - over to you.

Edit: there’s something else going on. The reverse list starts off in alphabetical order sorted by First Name, but then as I scroll through it seems to change part way through to the correct list of most-played Composers sorted in reverse order by last name…

Edit 2: the reverse list seems to make a first pass through composers sorted by first name, but once it has reached Zoltán Kodály, then it seems to pick up the correct sort… Weird.