I’ve recently bought another Sotm-200 Ultra, this time a non-Neo model but I’ve noticed it’s flooding my network with DNS requests, I’ve blocked it from the network and it still does that. Never had this problem with my other Sotm gear, the device itself plays fine when connected to an external DAC
Any idea? It’s doing it every second(!) but apparently the logging can’t keep up. 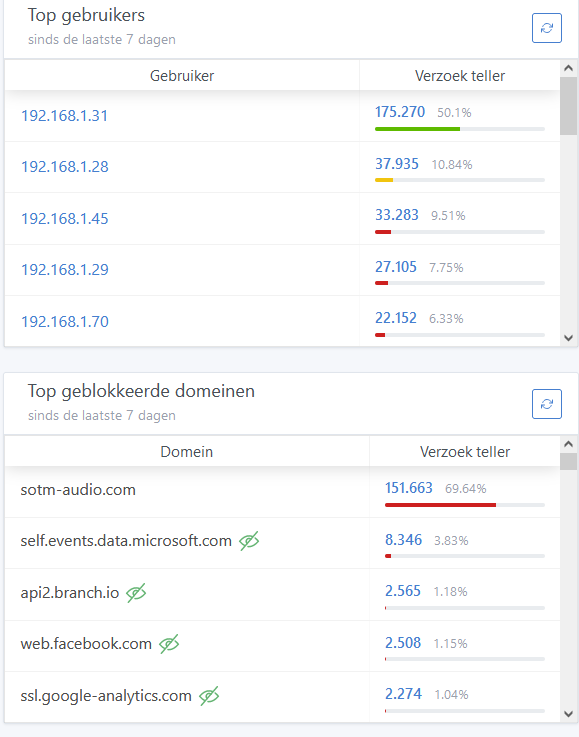 Have you updated to the latest firmware?

Ha! I actually had the very same issue yesterday.
My Ultra Neo went haywire and flooding the switch caused me not to be able to connect to my Roon Core!
Unfortunately i went through every other step finding the offending party until i finally noticed the SOtM bursting traffic…Restarted and everything is fine again.

Still, both sMS-200 units now ping to sotm-audio.com every second even when playing music, this is madness.

Are you blocking adresses in firewalls or router? It is an expected behaviour to “phone home” occasionally, but not every second of course…

Maybe its never getting a response from the phone home so its just keeps retrying?

Blocking didn’t change the behaviour - both blocked and allowed it was pinging every second.
I’ve run Wireshark from my desktop and it looked like the SoTM wanted to do something with my desktop PC all the time…I’ve disabled IPv6 everywhere and it’s gone quiet now, how strange.
Oddly enough this is the second Intel Z690 based motherboard that is causing network trouble, the first ASUS one (also with Intel NIC) was completely dropping the whole network traffic, was going crazy rebooting the switches few times a day, then I realized it worked if I kept the PC unplugged.

I fear ipv6 is really a can of worms…not ready for prime time on home networks perhaps.

Some months ago there were a number of Roon users who had problems accessing Qobuz caused by IPv6. I suspect you may have experienced a similar issue.

Oddly enough this is the second Intel Z690 based motherboard that is causing network trouble, the first ASUS one (also with Intel NIC) was completely dropping the whole network traffic

If it only has one Ethernet port, and that being 2.5G (instead of being 1000Mbps), that’s no good from a compatibility point of view.