Reminds me of chubby bunnies … nothing delicious about that once in a lifetime indulgence! Making me queazy just thinking about it.

Really, who doesn’t? If only to visit the Koss factory.

What’s all of this talk about Coney Island and Wisconsin frozen custard? There is only one real frozen custard: Abbott’s. Arthur Abbott created this custard in 1902 on the eastern seaboards, and used the proceeds to support his interests in horse racing. It was made most famous in Charlotte on the shores of Lake Ontario in Rochester, NY in the 1920s. It has now expanded as far south as Florida along the East Coast and can even be found in Japan. Meadow’s frozen custard in Fayetteville, PA is a Milwaukee style custard which is good, but still does not compare to Abbott’s. https://en.wikipedia.org/wiki/Abbott’s_Frozen_Custard See also: https://www.abbottscustard.com/
PS. One of Arthur Abbot’s horses won the Preakness in the 50s! So his custard must have been good…!

Stopped at Shake Shack today to try their custard. Excellent! They use machines from Wisconsin’s Stoelting (I asked the counterman to run back and check). 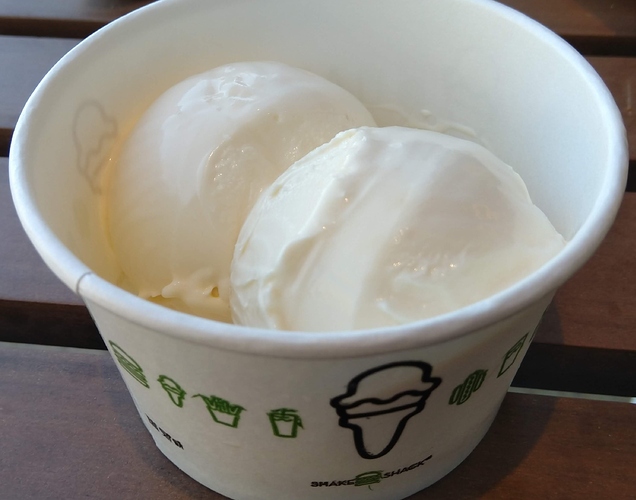 My wife and I were watching a UK TV show and the cooks on their route 66 tour sampled frozen custard. Due to this thread I appeared very knowledgeable.