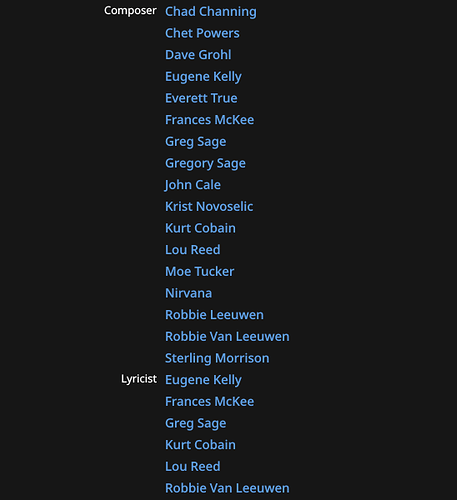 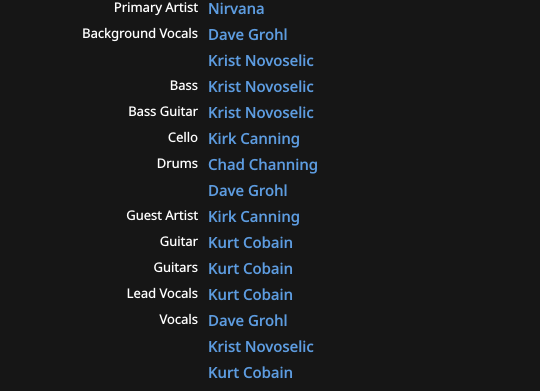 basically … all credits are wrong.
lou reed?
all those composers?
Chad channing does not play here…
I can’t believe this…

According to Wikipedia Chad appears on “Polly”[6] (uncredited until the Deluxe edition).

Although uncredited (until the Deluxe edition), the version of “Polly” used on Nevermind is the original version the band recorded with Channing on percussion, the only song carried over from the previous session.

Thanks for the report, @Niccolo_Terzi. The team is looking into how we can do better here.

I spotted Joe Bonamassa playing on Caravan Waterloo Lily , 3 yrs before he was born

I remember vividly their first performance in Andy Warhol’s Factory. Nirvana outplayed the Velvet Underground in spades. But things got truly magical when both bands joined forces and played the album together. Never knew these live performances have been recorded. Thanks for bringing this to my attention!

P.S. This does make me think though: would “With the lights out, it’s less dangerous” perhaps refer to the VU song “Heroin”?