I would like Roon to show the album cover on a black screen when I click on the album. The problem is, the album art doesn’t change in that view… kind of pointless. The other thing is, the ugly white bar on the top, is there a way to get rid of it. Last again, I would love to have a full black background. Not transparent.
I have a iPad for me to read all the infos, so the big screen is there to look good and to see what album is playing. 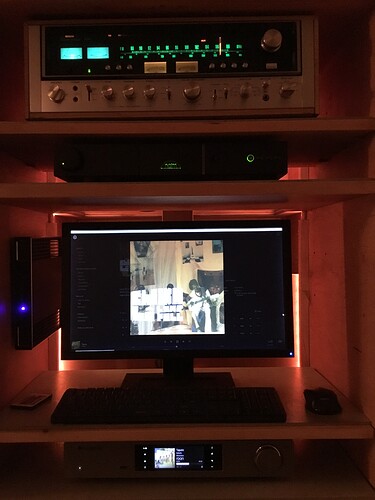 image2448×3264 1.25 MB
As you can see on my Cambridge streamer is the current album playing.
This look nicer I think. 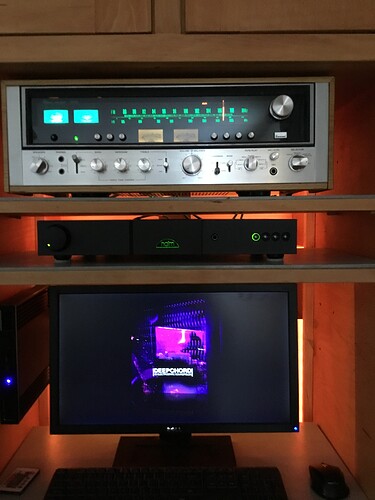 Édit: i did find how to get rid of the horizontal white bar at the top, there is a full screen option in the general menu at the bottom.

Hello again.
I would steal like to know why the playing now view is the only one dynamic?
Roon was advertising that you are closer to the feeling of having the vinyl in your hands. So for me I find it just beautiful to see the album cover on the screen, like the vinyl was siting there. My screen is a little to far for me to read the texte, like I was saying, I use my IPad.
Again why it’s not dynamic, is there a advantage that I didn’t figure.
I’m I the only one that find it annoying?

I completely agree with this. Sometimes I want a nice big representation of the cover art so it feel like I dug out the record. As it stands now everything feels like such a compromise and none of them satisfying. You either get:

Full-screen album view with maybe some song info doesn’t seem like an outside use case. I’ve always been rather surprised at its absence…so much so that I’ve always assumed it’s some setting I just don’t know about.

I find the new Ui beautiful, still, I’m trying to understand why the playing display doesn’t change in the Album art view.
Is it to complicated to do? Is it deliberate?
Roon is aim to people passionate about music and having a nice presentation closer the album art is just poursuit of happiness. More minimalist to. I think