Hi! I, and many other fellows out there have very large Libraries. Im counting just under 500.000 tracks that’s about 36.000 albums.

I have maxed out my Roon nucleus plus with 128gb ram. I can feel that my nucleus is starting to get overwhelmed by the size of the library. This collection is only going to get bigger. Roon helps me know what and where I have it. Therefore I would like to suggest a product, another powerful nucleus hardware for people like me. With large libraries. I personally I would buy it in an instant.

I’m sure there are people out there who wish for the same option.

I once suggested making the Nucleus scaleable. Buy a second to load share with the first. But that adds complication that goes against the ethos of the Nucleus product.

For a library that size I can only recommend 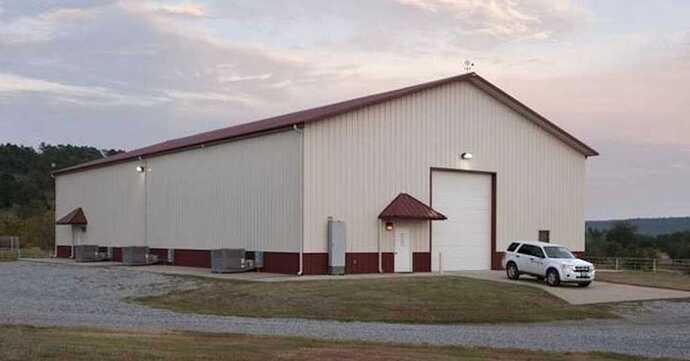 On a serious note. External storage is your solution. Either USB drive or a NAS.

TIP: If your house is overflowing with years’ of ‘collectible’ newspapers and yard-sale ‘bargains’, the solution is not to get a bigger house!

Clean out the trash.

I think I’ve seen this mentioned quite a few times on the forum: Run Roon Server on a super fast noiseless box! With an 8 core i9 CPU to run all your Roon DSP plugins.

That being said you exceed that products capacity (or at least, what they advise).

It’s probably worth having a look at creating something custom i.e. a full desktop build.

I would buy a second if I was to solve this library handling issue. I don’t know how exactly I would use it, since yes it will add some complication. But perhaps in the sort term might be a solution for me.

Thanks for your input. Storage is not my issue. but the handling of the database rather.

Collecting music is yet another hobby yes but If I was geared to delete music it would take me another lifetime to decide what. Not an option unfortunately.

I would look at similar options to that of @crowlem mentions. Budget dependent.

Yes I have seen similar threads. This is more like a petition to Roon. I think many people will go for a more capable nucleus if it was available. Libraries grow by the day.

I think “many” according to roon is a few handfuls that have that size library, even if at best it were a few hundred it wouldn’t be worth it commercially.

I don’t know that Roon can make a more powerful nucleus in the current framework.

I say this because the Intel NUC line that is used in the nucleus is limited in that it is both power constrained and heat constrained.

Being fanless with a much more capable chip would only lead to it throttling, which would negate some of the benefits of it.

In terms of power constraints, the TDP is extremely conservative on the NUCS which is amazing for a nice fanless quiet appliance. It’s not great when you are trying to use compute to handle a massive library such as yours.

That is why I suggest looking into a custom build because you could throw A LOT of computing grunt at the problem via that method and you can go through a custom builder so you don’t have to do it yourself.

That being said, that’s my opinion and the Roon team may feel very differently, @danny has given some recommendations on this in the past and can speak better to what will help.

I have maxed out my Roon nucleus plus with 128gb ram

A little confused by this. Certainly you don’t have 128 GB RAM. It sounds that this is the size of the SSD in the Nucleus where the RoonOS and database are stored.

However, I am unclear on whether you have local music files and where they are stored, if any.

Are you saying that the admin interface of the Nucleus is saying that it’s using close to the full capacity of the 128 GB disk?

As for solving your actual problem, like others have said, throw computing power at it. However, available NUCs are limited in computing power, and you will probably have to set up a full-size machine.

In other threads about extremely large libraries and complex multiroom, etc., people seem to have been more successful with Linux cores than Windows. Though in the end it also depends on what you are comfortable with.

If you have over 250K+ tracks in your library, consider us impressed! You’re among the top .01% of Roon users, and you have a library most of us could only dream of.

With libraries this large, we expect the right hardware will work, but it’s definitely not something that we test with in-house. Your best bet will be to get a beefy Roon OS or Windows setup (we do not recommend standard Linux or macOS Cores for this) with a fast new CPU and plenty of RAM.

Recommended Core Hardware The Roon Core is the heart of your library. The hardware needed for your Core machine can vary based on a number of factors, such as library size, number of simultaneous zones, and DSP use.  Before diving into...

(This page was updated 2 months ago, but I am not sure about the warning about macOS and Linux. On another help page it is saying that with Roon 2.0 the performance limitations on macOS should be gone, and as mentioned, there were threads with people reporting improvements when switching from Windows to Linux. Though maybe it depends on what the specific limitations had been. YMMV)

More RAM In the nucleus will help , say 32GB

Failing that get a big noisy desktop, on Windows 10, max out CPU/GPU i9 or the like and 64gb RAM and hide it in the cellar

Hi, No it’s RAM. I’ve placed two 64gb chips in the slots of nucleus +. I don’t have a SSD in the nuclear plus but rather a NAS Synology server, with a total of 22TB, and of which I’m using about 60% of the available space. The Synology server is also maxed out in RAM with 128gb of RAM.

I’ve chosen to go with the nucleus for its hi fidelity, as I connected with a hi-end stereo and powered by a Farad linear supply, cables and few other stuff here and there. I was hoping to maintain the level of quality because it did work for me this set up. Going another route from now on, I have to make sure that the fidelity is maintained. This seems hard to do because computing is not my field of expertise…

You could go down the route of something like this: 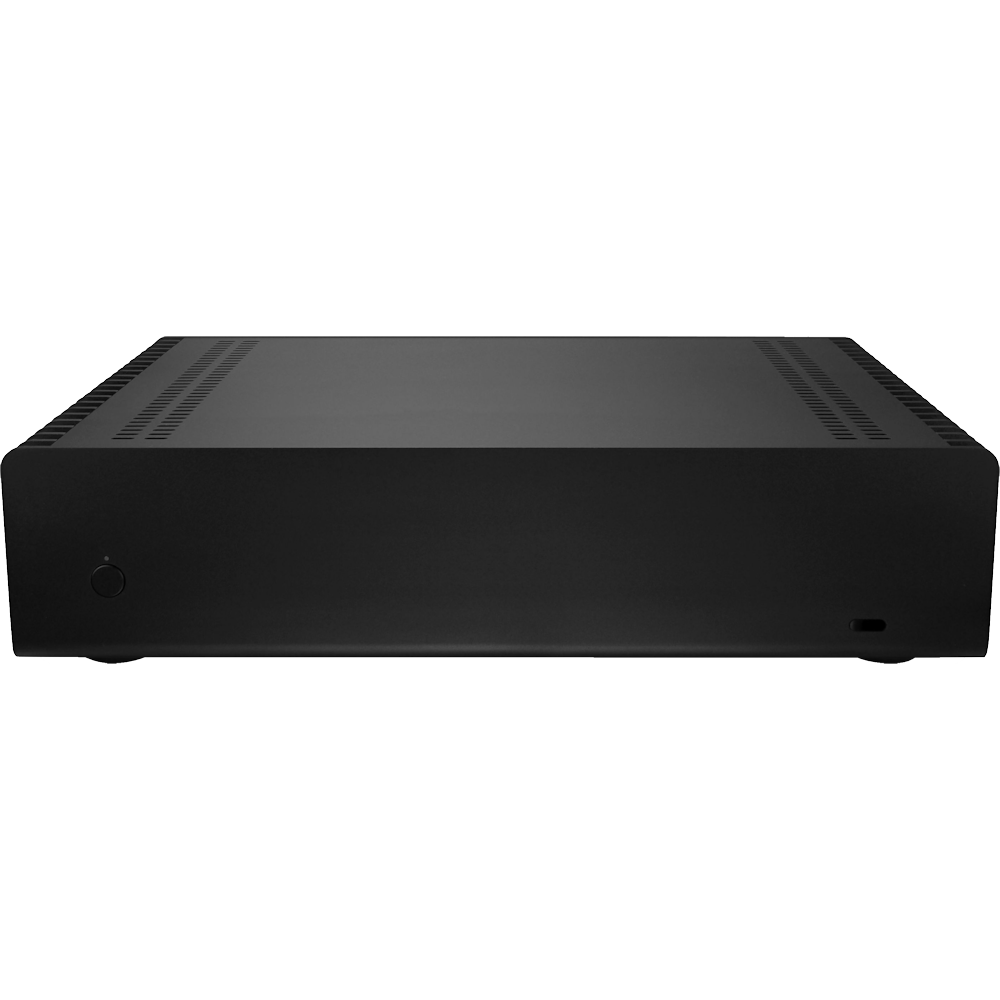 Available below is a fully customizable Streacom FC10. Please choose a case color to get started. Then there will be a series of component options to choose from. Prices include assembly and a one-year warranty. Contact me at matt@fullysilentpcs.com...

A lot of the builds he does are in the style of the nucleus, completely silent, zero fans but also have full desktop hardware in them.

That’s great! Thanks I will look into it!

It’s just a computer, but OK.

In any case, yeah, I think more hardware may well be needed, and without doubt this will cause more involvement if this turns, necessarily, into building and maintaining a high performance server.

I’m guessing that the Nucleus actually exists for professional audio installers, the people who build a listening room for other people. Who uses professional audio installers? Those who can afford it, and are not terribly interested in doing it themselves. Probably those people have relatively small collections of local files (or none at all). And in what installations would a professional installer use a Nucleus, as opposed to some glitzy computer, maybe hand-built? For relatively low-cost installations.

So my supposition would be that the market isn’t there to support more powerful Nucleus products. And Roon probably knows that.

Roon explicitly hates putting music on a NAS server, because it’s hard to get updates on the disk activity. So that’s a “red flag” for performance.

Going another route from now on, I have to make sure that the fidelity is maintained. This seems hard to do because computing is not my field of expertise…

I wouldn’t worry too much about that. Almost every other computer will give you the same fidelity. The Nucleus is just an off-the-shelf Intel NUC, hardly the most sophisticated of computers, in a fancy case.

Really. Don’t get caught up in this mythology about “audiophile computers”, because it’s not real.