*Downloads via this PC will not fully unpack – it stops after track 1 as shown in the accompanying screenshot.
BUT if I download on my Notebook, that downloaded file opens up without problems on the Notebook OR when copied onto this PC. The reverse does not happen – a file downloaded on this PC will not open up on the notebook.
Both operate Windows 10 64 bit and use 7-zip. The Notebook (a M/S Surpace 3) is connected to the net by wireless but this PC (12 months old with AMD processor and heaps of memory) is hard wired to the router. The cut and copy functions cause no problem with RAR files from the Notebook so are not suspect.
Variations tried: 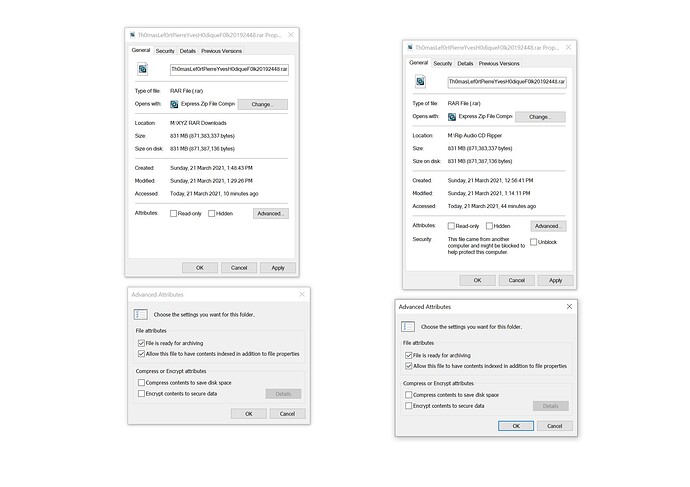 It may be the antivirus software. Try to disable antivirus protection, and then download again the archived file.

Thanks, that makes sense, particularly in the light of me introducing a new candidate recently, Bit late at night to mess around with that here now but I’ll investigate tomorrow and let you know. It has to be something simple like that!

Yes that was it. I uninstalled System Mechanic Ultimate defense and a downloaded file opened up OK. System Mechanic gave no such trouble previously but obviously its “Ultimate Defence” is Buggy…

Thanks again - your help is most appreciated.