Oh my god, I love my music

I graduated high school in '97. I had my 2x2 (4 page) Case Logic stolen TWICE and it cost me over a grand each time. After that, Napster came out and I never looked back. I went full digital.
I realized that I actually have a digital music collection - and it’s all stuff I’ve loved at some point in my life. Enough to buy it, borrow it, rip it, etc. it’s all my greatest hits, and not only that, but remind me of parts of my life. It’s deeply personal, and musical and just for me.

Not everyone has that - generations now have the world at their finger tips and it’s just too much.

I think there must be a point in here somewhere - but I’m in a two beer flow state and wanted to share.

I hope you didn’t rip any borrowed CD’s.

Of course not. But - not the point Jim.

I’m with you. Acquiring music meant sacrificing something; time, effort, money. It meant choosing what to get. If you can get everything without effort, then, it really doesn’t mean much. When I go on vacation, I always stop at a music store (or used music store) and pick something up. When, I pick up my copy of Nights from the Alhambra by Loreena McKennitt, I remember I had purchased it on a snowy night in old Qubec from a used record store.

But, more than just the music, the actual physicality of the music format can harbor memories as well.
(side note, that is why retaining concert stubs was important to me).

For example, a very young me ditched school early took the bus to the mall to purchase the brand new Kiss album - Destroyer. Also, feeling rebellious I had gotten a pack of cigarettes to try. Returning home, it was a mile walk from the closest bus station and I tried to light a cigarette, the wind caught the match and it fell onto the bag containing the record and caught. Before, I could get it put out, part of the actual record jacket had burned. I can still pull that record out today and see those burn marks, and it brings those memories back intensely, like in a “I can close my eyes and relive them” kind of way.

Music as a carrier of memories. Or emotions, if you will. Yeah. I get it.
And the effort associated with getting - and playing - it as well. I get it.
The effortlessness of streaming services and thus the lack of anchoring points for memory. I get that too.
However…
Last month i made a mix-tape. I spent hours digging up music, composing it in sequence and recording it onto my recently acquired Sony wm-d6c machine. It was great fun.
Playing it back again while shopping (a Walkman is meant to be taken along, right…) was great. Reliving the early 90’es

Still. If i look back and evaluate; Was it the music or was it the process that made it ‘fun’? Process, methinks…
Walking down familiar roads is a return to the past. Safe, fun and controllable.
Let’s flip that around.
Walking down new roads is exploring the unknown. Daring, risky and uncontrollable.
Which brings us to Roon.
As much as I like making mix-tapes, I like venturing into the unknown - and that’s what Roon facilitates for me, in concert with TIDAL. Roon disables/overrides Tidal’s hinting-engine and provides me with a more suitable offerings.
I’m not sure why i dislike Tidal’s engine. It may be that i find it focuses too much on contemporary mainstream.
This, to me, is the key Roon feature; Valence.
Lossless, quality, collection aggregation and whatnot are nice features. But to me, they’re not the ‘Reason to Roon’.

I miss those days where I would take the HST to Paddington Station in London, make my way across London on the tube to Groove Records in Soho and spend several hours listening and purchasing the latest Hip Hop & Rap to be imported into the UK (and some homegrown acts). 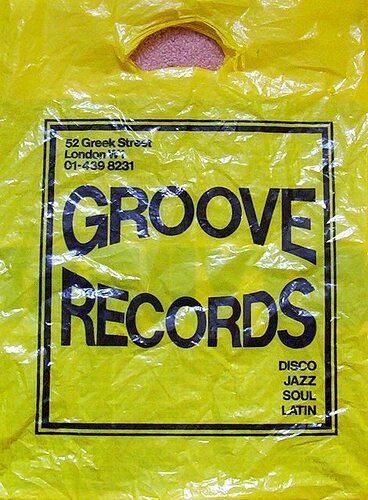 Then make my way home and spend a few days recording it to TDK MA-R 90 cassette tapes from my Dual 505 CS505-2 turntable to my Denon DRM-44 deck. 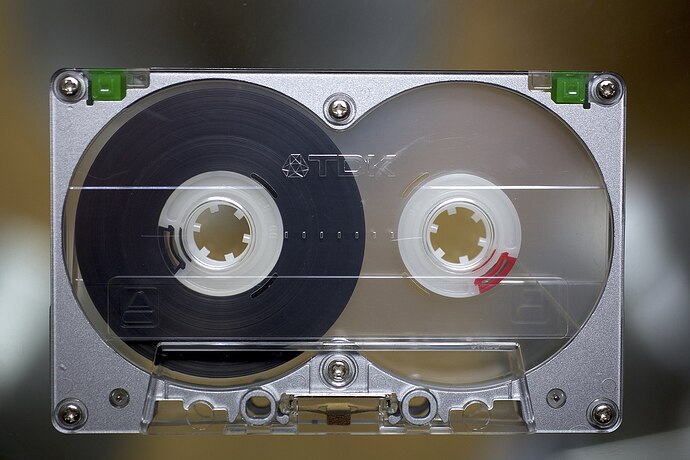 And later in the early 90’s taking the day off work to wait at the door of Our Price or HMV and be one of the first through the door to purchase the new Fields Of The Nephilim album.
Then going to see them live that very evening. 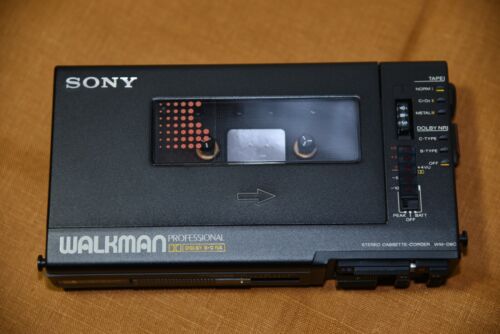 Roon Valence Roon Valence
“Roon adds value to music by using data, identification, and machine learning to provide rich context for music, and to help listeners engage with it more deeply.
Valence is the technology stack that makes this possible.”

The Music Genome Project is an effort to "capture the essence of music at the most fundamental level" using various attributes to describe songs and mathematics to connect them together into an interactive map. The Music Genome Project covers five music genres: Pop/Rock, Hip-Hop/Electronica, Jazz, World Music, and Classical. Any given song is represented by approximately 450 "genes" (analogous to trait-determining genes for organisms in the field of genetics). Each gene corresponds to a characte...

Process is always fun. I don’t have a tape player to make a mix tape, but, when I did the mix tapes I made were only filled with brand new music that I wanted to try out and not what I knew already.

I have decades honed processes for discovery of new music. Even if Valence could match what I do, and quite frankly it doesn’t come close, I still wouldn’t really use it, as the process for music discovery is fun. I don’t want to be handed a hidden treasure on a plate, so to speak, I want to find it myself.

Interesting. I’m investigating the very same subject. If you like not to be hinted, what is your process?
Obviously, hearing something (and possibly gathering the artist/title using Shazam) is one way to collect Intel.
Assuming we do not rely on Valence - or Tidal’s hinting engine - then what? How? 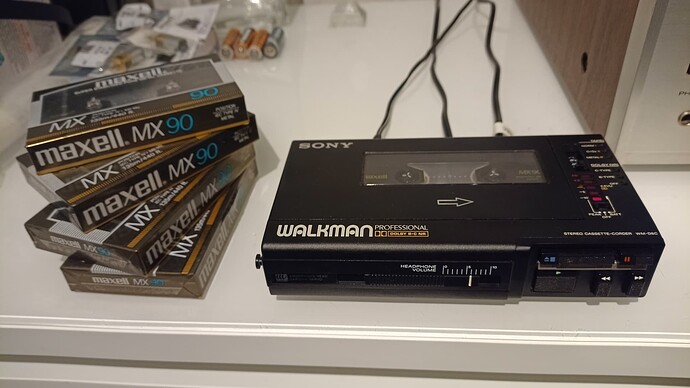 But at its core, I start with the show schedules of all music venues in a 100 miles radius of me. I then look at all the bands which are coming and if I am not familiar with them I listen to them. I take several days a month to do this and I find it fun. Because, I can then immediately see them in concert.

Next, I review all new releases on select audio store sites, including Bandcamp.

Every week I meet with friends and we spend several hours sharing what new music we have discovered during the week. Hopefully, over a beer or two

And, I read specialty forums for the genres of music I am interested in (which changes every couple of months).

discovering music is always a challenge! I find good stuff in several places:
some music services will take playlist and “run with it”
music service “create station based on ” 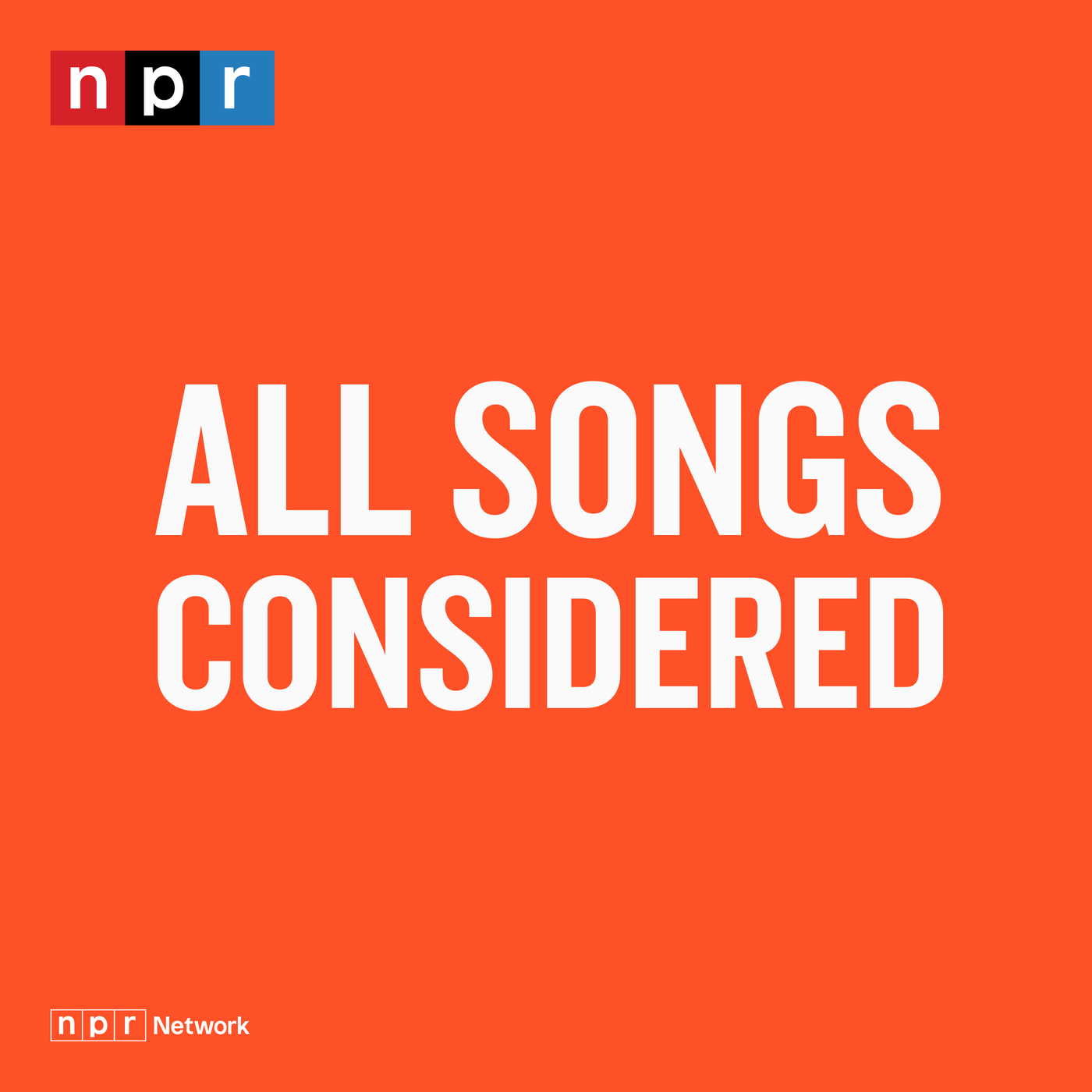 Hosts/nerds Bob Boilen and Robin Hilton are your friendly music buddies with the week's best new music discoveries, including conversations with emerging artists, icons and more. Hear songs that can completely change your day, with humor, heart and...

youtube music is pretty darn decent at suggestions. So trolling around a bit on different services and exploring what they think you wanna hear.
I saw this new feature on Spotify called Enhance. It jams a bunch of other tracks into an existing playlist and doubles it’s size. I think that’s great.

An interesting album cover almost always yields an interesting listen. Many of my favourite artists have been discovered this way.

I used to go to record stores and just purchase based on album cover. Made some fascinating discoveries that way.

I take several days a month to do this and I find it fun.

Awww… I simply haven’t got that much time available for digging up stuff. Lucky you!

Thank you to @Rugby for pointing me in the direction of this thread after my post on another thread.

I agree. I’m also re-enjoying hunting around for new music, rather than allow algorithms to do the work for me. Reading reviews, checking in at Bandcamp etc.

I agree with a lot of the musings on this tread. Music dissovery is so much more than algorithms. It used to be about wandering around the likes of HMV, Virgin Megastore and (for me, growing up in Leeds, UK) Crash Records and Jumbo Records. Now it’s as much about the virtual wander through review sites, new music announcement sites and many others sites as well. I’m old fashioned enough to enjoy a monthly printed magazine (Uncut) and really enjoy the articles and reviews that point me in the direction of an interesting sounding artist/release. As well as the seemingly endless array of articles about Bob Dylan and the Rolling Stones.

I’m not ant-streaming, I just want to take things at my pace and enjoy what I’ve got in my well loved collectiion!

When choices become overwhelming the fear of missing out causes stress and endless “the grass might be greener”. This results in not giving music time to grow. As you mentioned for yourself, many of the albums which I now enjoy the most were ones I may have even hated the first playback. You play the album, not feeling it, put it in the stack. Years later, just because it is there, I try playing it again, and I think “What was I thinking back then, this is good.” Then, a few more times, and “Good? No, this is great. Why did I wait so long to really listen to it.”

Some of the great music is challenging to listen to. It requires repeat listening in some cases to even “get” (I’m looking at Bitches Brew). With streaming, there is no loop to go back and try stuff you might not have liked initially unless prompted by something external. Since, the streaming services will keep your focus only on what you “like”.

Since, the streaming services will keep your focus only on what you “like”.

Which is exactly why I never “like” anything on any streaming service or on Roon. I don’t need no stinking computer algorithm telling me what I would “like” to listen to.

If you use Tidal or Roon they will know anyhow, if you “like” anything or not and they are not telling you anything, these are only suggestions.

I do not really care how I find new good music.
Good music do not get better because I had put in a lot of effort to find it…

Doesn’t matter if you like it or not, if you listen all the way through they mark it as a “liked” equivalent.

If you listen all the way through they mark it as a “liked” equivalent.

I think that’s perfectly right. Thus, I’ll have to never finish listening anything to avoid getting ‘tracked’.