On which Synology NAS can the Roon core be installed

I’m not in anyway an expert, I put Roon on my NAS as it’s already on 24/7 as it’s also running 4 IP security cameras.
I’ve got a 720+ with an 8TB drive for storage and a 512gig SSD that roon server runs on. It’s only got about 4000 local tracks and the rest is from Tidal.
It’s had an upgrade to 6gig Ram.
Roon seems to run fine, basic stats below playing local file while recording from the 4 cameras. 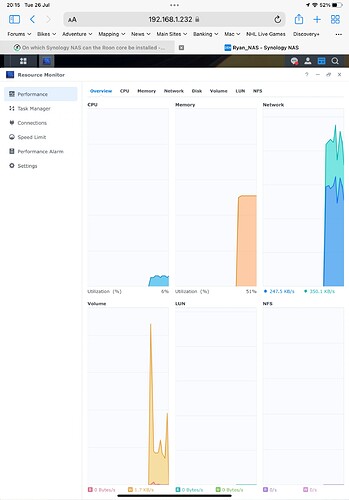 Martin, thank for your answer. I already have a NAS that I want to replace. Don’t like the idea of running another piece of hardware all the time. Ads additional costs as well.

You can use the list linked below as a starting point:

Whether for work or play, Synology offers a wide range of network-attached storage (NAS) choices for every occasion. Compare specifications below and find the right model for you.

Coming from the standpoint that buying a NAS just for Roon is silly, I would stay away from any model with less than 4 processor cores and/or that can’t be upgraded to at least 8 GB of RAM.

buying a NAS just for Roon is silly,

Curious. Why is it silly? If you have terabytes of a local library in Roon, what other alternatives do you have?

If you have terabytes of a local library in Roon

Several threads that discuss very large libraries can be found on the forum. I can’t recall that in any of those a NAS was the recommended hardware platform. Still, if you find a NAS that ticks all the marks, feel free to buy one – but I’m sure you pay more than needed for the custom OS and built-in functionality you don’t ever use when using the device just as Roon Core (and this is also true for smaller libraries). There is a reason Roon Labs offers the Nucleus(+) and ROCK.
One of the threads about very large libraries as example:

What I still don’t understand is: even if you have a ROCK or Nucleus or whatever, what will you put the data on for a large library other than on a NAS?

I skimmed the article, it didn’t talk about any alternatives to NAS. 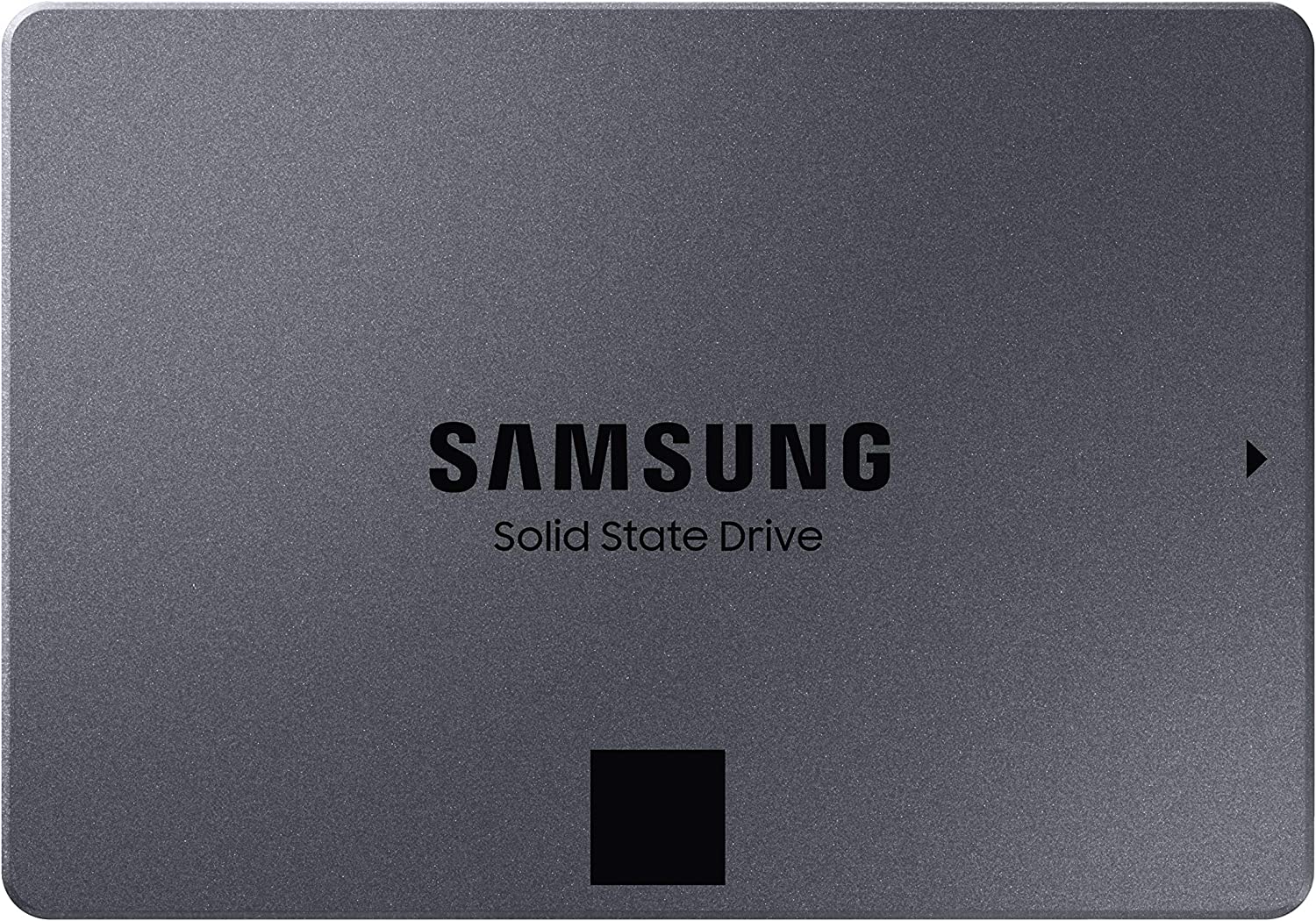 Sequential Read/Write performance reaching up to 560/530 MB/s provides best in class performance via the SATA interface. Accelerated read performance up to 13% faster than 860 QVO for added benefits for everyday computing. 870 QVO provides adequate...

@Jim_F What is the backup plan for this single drive? A second USB drive and some sort of software to sync them?

Roon can backup to an attached USB drive. My Nucleus backs up every night and keeps 30. Another routine backs up once a month and keeps 12. Of course, you need to backup your music files outside of Roon. I wasn’t really thinking about a single drive. I have no experience with that except a Dell laptop for “away from home” running Roon core with a handful of local music files.

If you think that your library is still small enough to be handled by a Nucleus+ or ROCK, local means USB connected I guess (no other alternative connections). Something like for example: 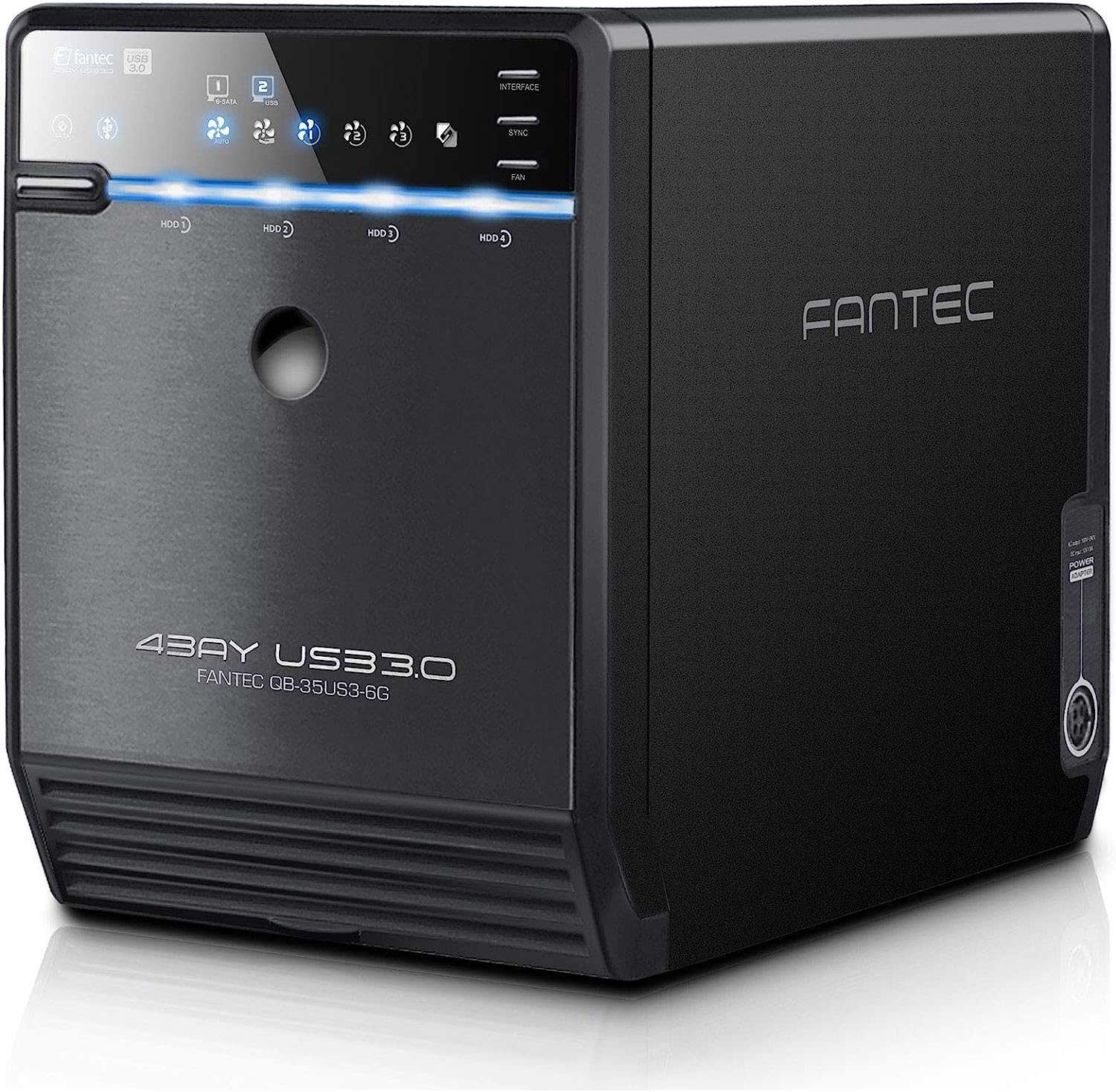 Or with RAID option and even higher speed: 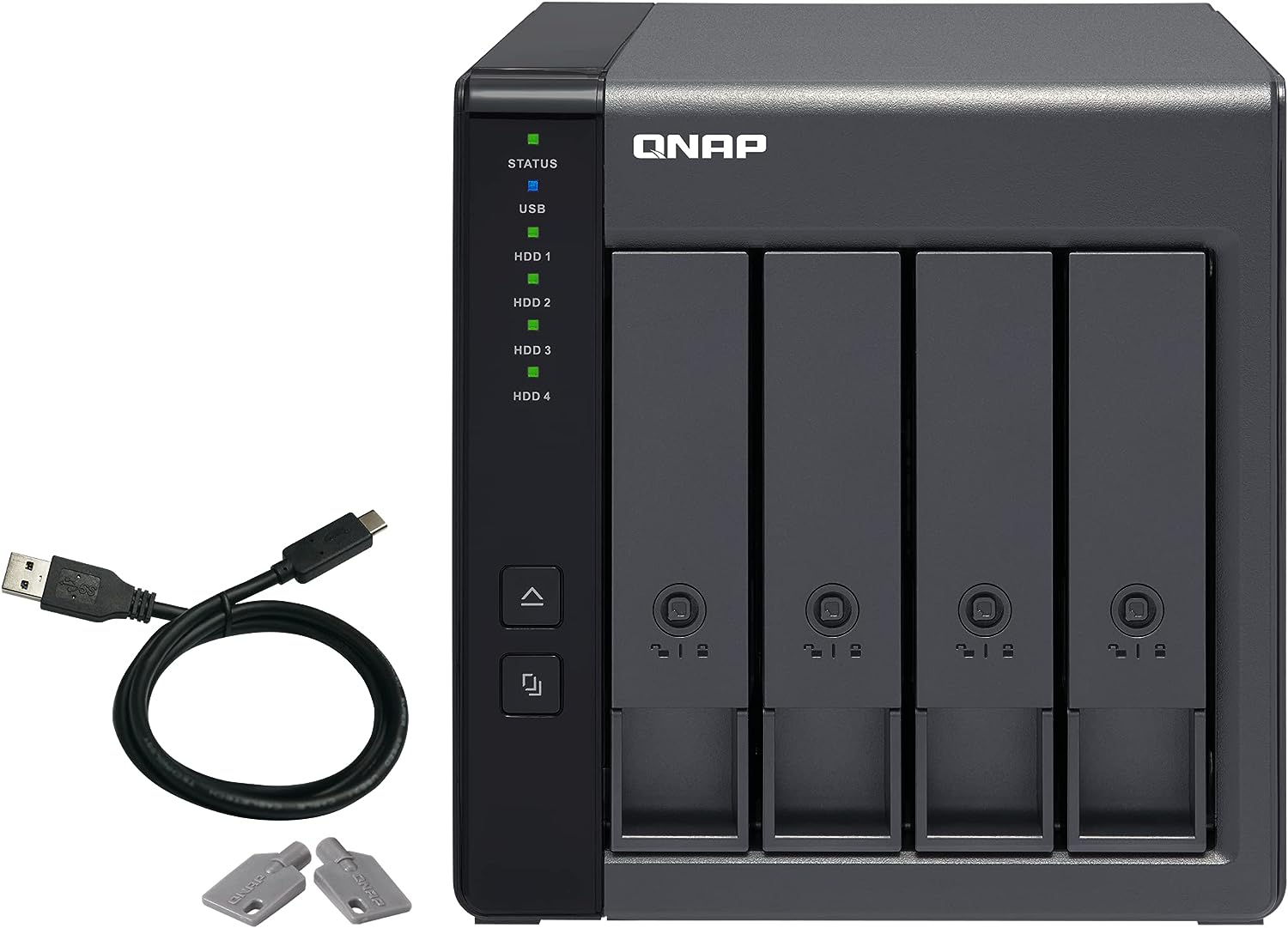 The product is multiple voltage compatible, that voltage arrange is 100-240V

If you build your own Roon Core to your specification for a really big library, just choose a suitable case that allows you to install as many drives as you need.

The QNAP DAS is interesting. I guess I could put Roon OS on a NUC and then connect this guy to it.

Yes the problem with this kind of thing B is that by the time you’ve budgeted for backups etc you’re taking thousands of dollars.

I’m not sure that’s true. There are lots of people here with very large music libraries. Some use a NAS, others don’t. Presumably, you already have your music backed up and hard drives are hard drives regardless of how you use them.

The nice thing about NAS/DASs from my perspective is that once you set up the correct RAID (in my case I use simple RAID-1 replication) the data redundancy is built in.

With other stuff you have to have adobe other software that does the backup etc. I found those to be pain in the ass.

A RAID with redundancy just keeps your data online (available) in the event of a drive failure. A backup allows you to recover from data loss. There are many reasons for data loss. Google gives me: 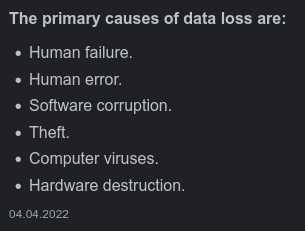 As you can see, hardware is ranked pretty low. Sure, all drives will fail sooner or later but with a backup you can always recover. Something (recover from data loss) you can’t do with redundancy. Also mirroring has the highest cost for redundancy of all the RAID levels. That money is mostly better spent on a backup solution in personal/home use environments IMHO.

PS: A NAS can be the right choice to hold your backups, it’s designed as a (data) storage solution primarily, but for that use case you then don’t need a power house with x86 compatible processor and lots of RAM.

You can use external drives (USB) on a ROCK/NUC setup too.

you asked for guidance… don’t shoot the messengers. NAS has been tried by meany and I can tell after my experiences its a no go for a large library, or even a small one if you plan to use some of the more demanding features in Roon…but hey its your money, spend as you see fit. and for the record I have 4 Synology NAS’s that could run RoonServer and none of them cut it.

PLUS
“and I am not planning to use digital signal processing.”

I’ve been running ROON on the DS220+ for about 6 months, the memory has been expanded to 10GB, there are 2x SSD WD Red 4TB in the NAS. Even if the requirements are not met, it runs stably and without failures over 2 rooms with different Roon bridges. However, I don’t run a DSP or similar. I previously had a Nucleus, PrimeMini with Core i3 and Core i7 as a separate Roon Core and didn’t want to have two devices anymore. In terms of sound, I don’t notice any difference in my composition.
No deterioration, no no problems. About 3000 albums, Flac / 24Bit / DSD.

I heartily disagree. I have a 2TB library with ~41,000 tracks. I’ve been using a Synology DS 918+, and apart from a couple of temporary and minor issues not unique to the NAS - all of which are solved - my experience has been awesome.

Part of that awesome experience is that I get to play the very same music collection and playlists that I use at home in Roon when I am away from home (through DS Audio and Audio Station). That seems to be quite difficult for non-NAS users to achieve.

I wouldn’t have it any other way.