The metadata feels considerably underdone on this one. Vika and Linda Bull, Clairy Browne (of Banging Raquettes fame) and Kira Puru (slightly) are all known to Roon/Tidal but don’t get performer tags or links. Dan Sultan should be known. 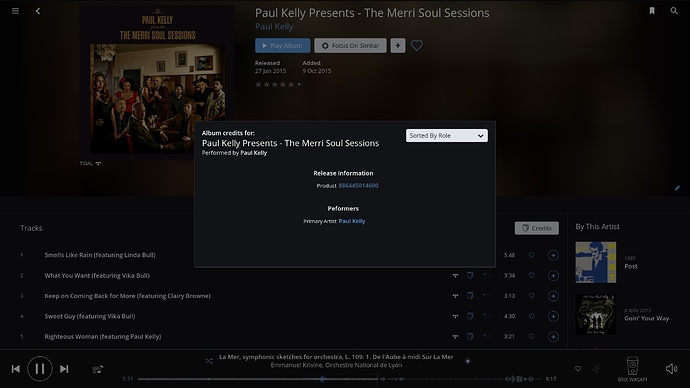 I’ve added this album to the ticket. Just FYI: with "Identify Album’ feature you can find album version with better metadata: 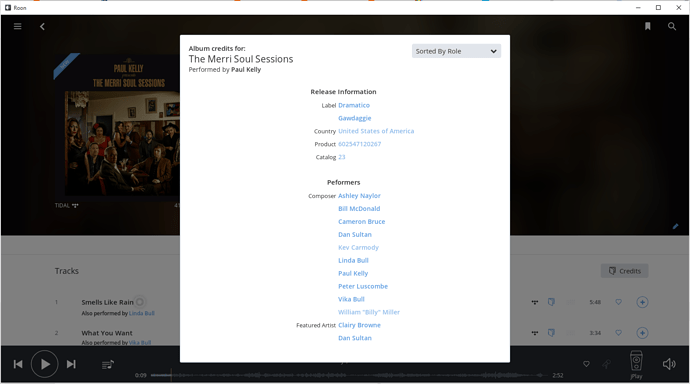 Thanks Vova, hadn’t thought to try that with a Tidal album.

Identify the album does not provide any of the information shown in the second example.