Possible Bug or is this by design? - Removing Credits from an Album versus from Tracks

I noticed that Mozart was appearing as a production credit in my library. It turned out to be a single album in the collection: 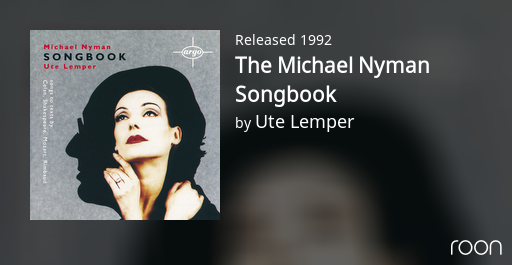 Then I selected all the tracks in the album, went to the track editor and removed Mozart from here. 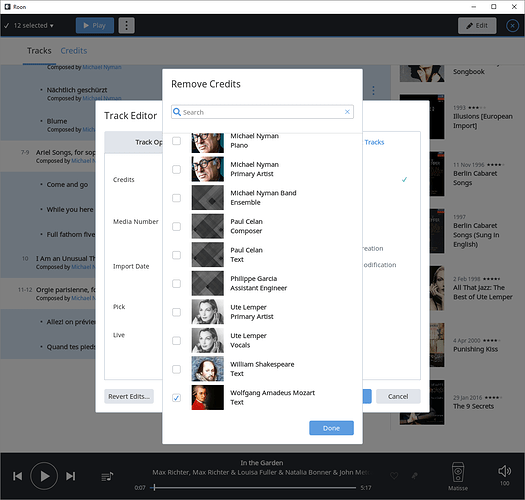 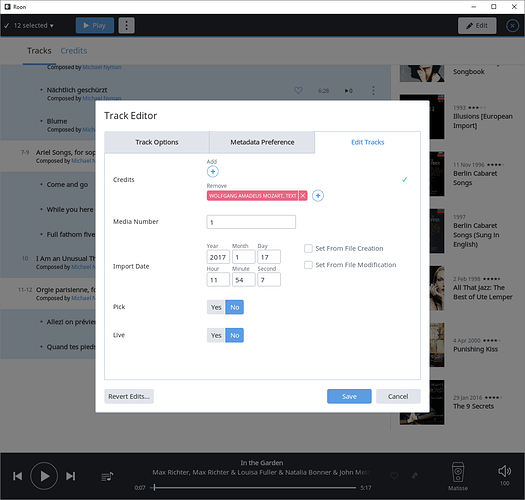 That has worked - Mozart no longer has a production credit in my library.

So, removing a credit at album level seems independent of the credits that exist at track level. My question is, is this a bug, or by design?

is this a bug, or by design?

It’s inconvenient from a credit-editing perspective, but I would expect that adding a single production credit at the track or album level would result in the individual gaining Performer status.

It’s inconvenient from a credit-editing perspective, but I would expect that adding a single production credit at the track or album level would result in the individual gaining Performer status.

In other words, adding a credit works for both levels, removing a credit does not. This probably needs to be spelled out in the User Guide. It seems to me that these sort of quirks just add weight to the call for a review of the UI design and experience.

First, just to establish the tone, I love Roon and I looove 1.3. That said, I have concerns about the user interface. Didn’t bring it up before because I knew the team was busy with deep features. I will illustrate with specific problems, but I encourage you not to think in terms of fixing individual bugs. I think these issues require serious rethinking. I think they reflect the organic growth of the product: ever since the first, brilliant design, stuff has been added a bit haphazardly. INCO…

@Geoff_Coupe. So you are saying that removing the credit at the album level should automatically remove it from all tracks in the album?

On the assumption that what shows up at the Album level is the aggregate of the metadata of all the tracks, then yes.

Clearly, from your response, that’s not the way Roon works.