Prioritizing one Library above another

My question is if this is possible:

You can include both MELCO and NAS watch folders into your Roon library. Roon will display the higher quality file. Is that what you want?

Yes John but this doesn’t work.

The Melco was off today in the morning and the library was dealing with the NAS library…so far so good.

After having switched on my Melco, ROON indeed selected the Melco files if higher quality.

However in case the quality is equal, I would like to give the MELCO a preference over the NAS for sound quality reasons (here is an example- both versions are 44.1kHZ/16bit but Melco still sounds way better): 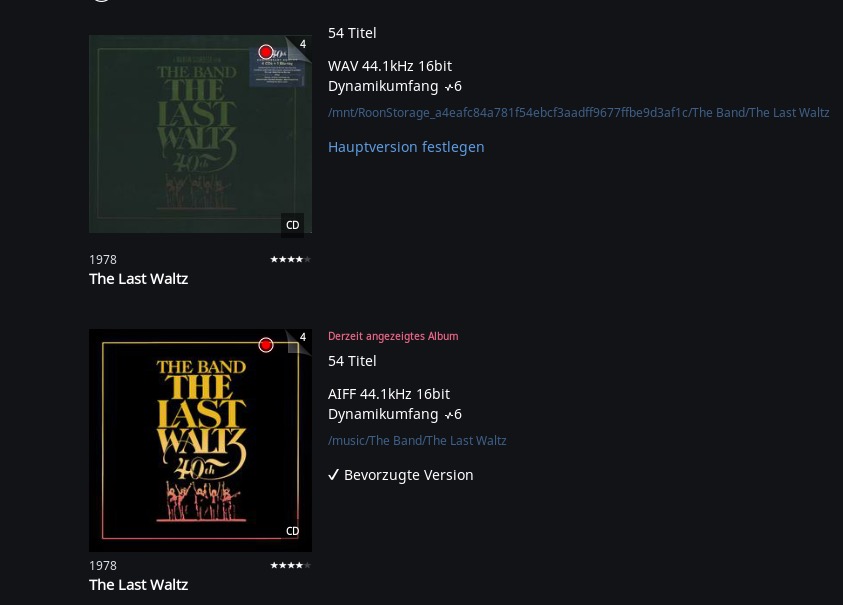 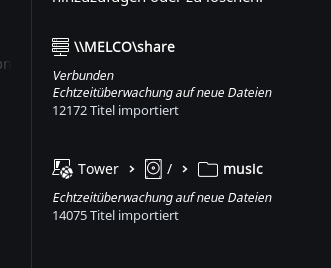 And you don’t want to just delete the “inferior” files?

Oh no, - the NAS library powers iTunes as well and is always on.

The Melco is being used when I want to listen in best quality. Don’t get me wrong, the grouping is great as I just see one album instead of 2.

I just would like to prioritize the content from the Melco in case the device is switched on.

Is it possible for the moderator to move that thread into the feature requests area?
Thanks a lot.