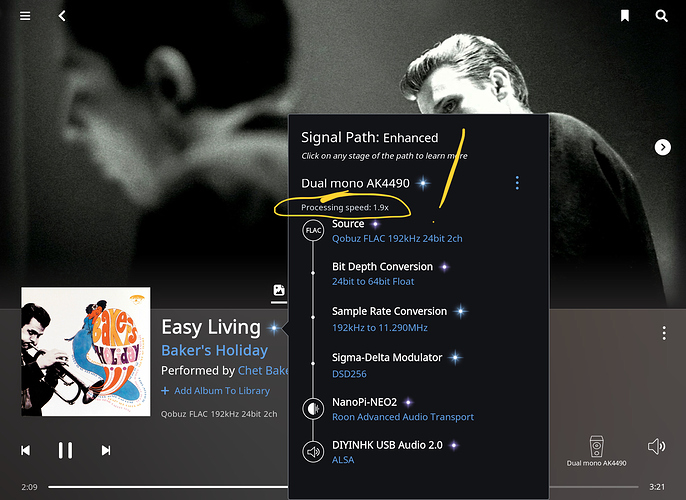 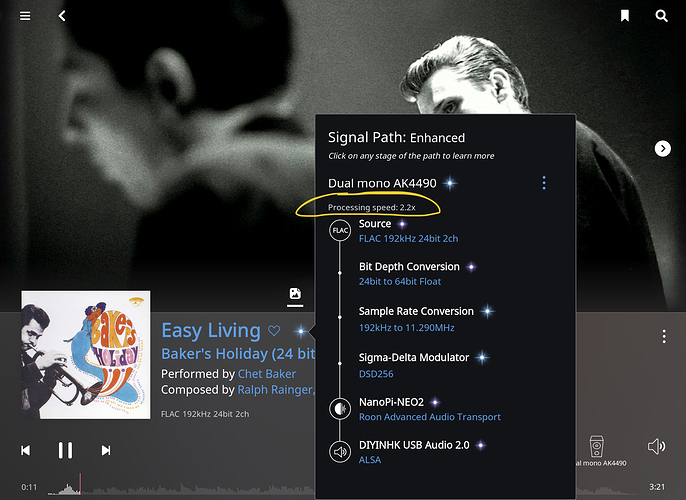 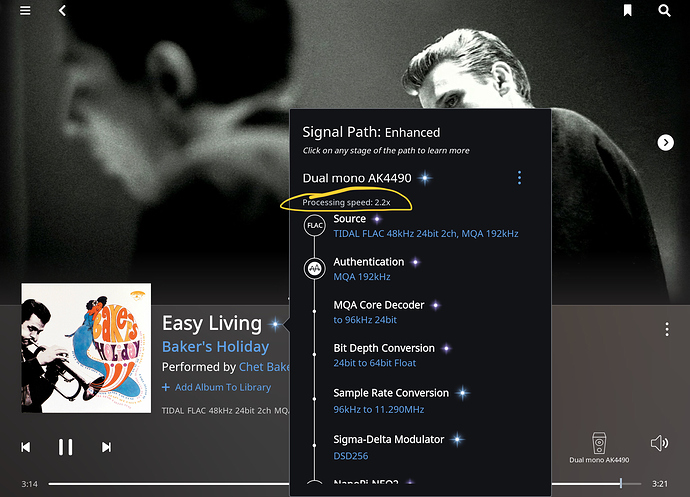 Its your upsampling to DSD256 that is consuming all the CPU on your Core, not the source.

Pay attention to the processing speed of the same track from different sources - it is the same for the track from my local library and Tidal (even taking into account the decoding of MQA), but much lower for Qobuz. Why?

but much lower for Qobuz

1.9x vs 2.2x is NOT much lower. They are effectively the same, and indicate that your Core is really struggling CPU-wise (which is typical with DSD upsampling). Keep in mind that normal processing (if you turned off DSD256 upsampling) would not even show a processing speed because it would be well over 100x.

Put another way, the absolute scale for processing speed is measured in the 100s. 1.9 vs 2.2 is a minuscule fraction of that and within statistical error of each other. They’re the same.

1.9 vs 2.2 is a minuscule fraction of that and within statistical error of each other. They’re the same.

How do the numbers look for Quboz at 44? 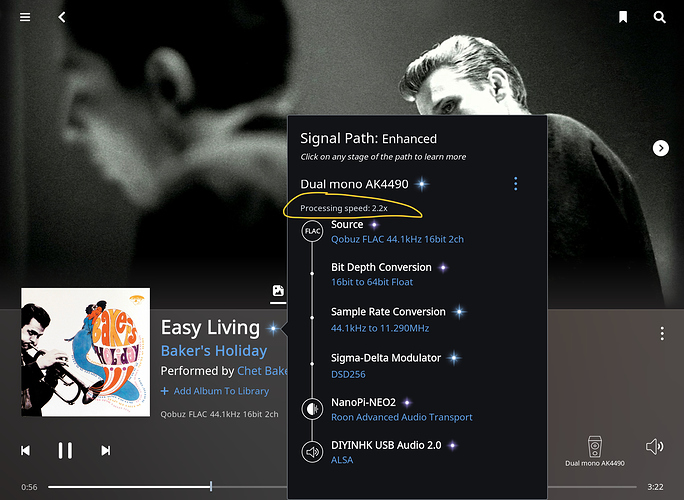 I would like to hear the opinion of the roon staff about this.

Maybe someone on staff can get more technical but it seems to me that, putting aside local files as not quite comparable, Quboz 192k streaming is 4x the rate of a corresponding Tidal MQA file. That much increased network and buffering activity can’t possibly be free. When it comes to DSD upsampling, every filter, rate, modulator etc will show subtle differences in CPU use so it’s not surprising, and it’s not a huge variation. 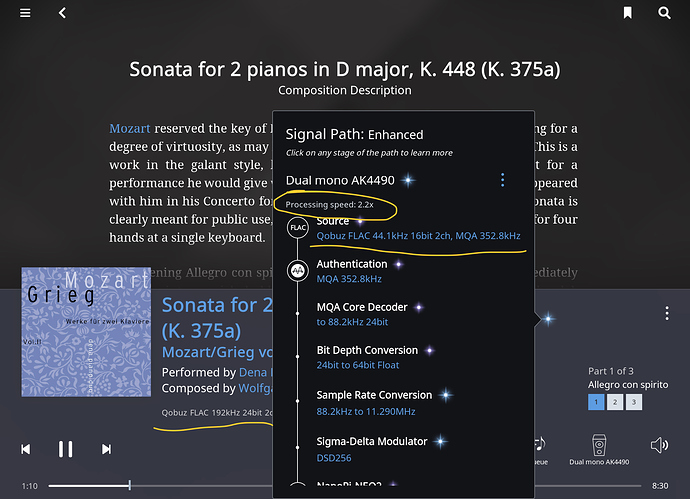 I’ve seen various threads on Qobuz where the service reports the album is in format A, but it actually streams in format B. Their own app does exactly the same, making it an issue of Qobuz. Can you check if the Qobuz app behaves in the same way? 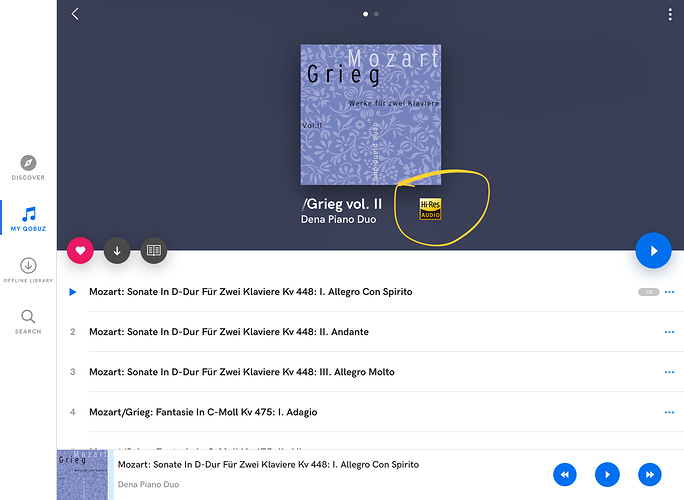 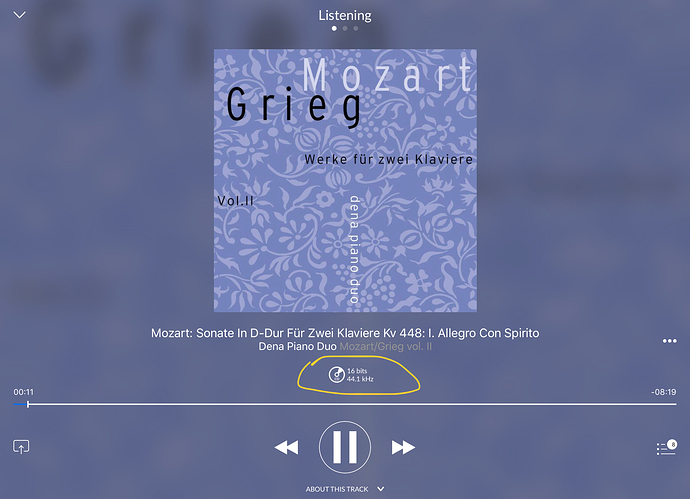 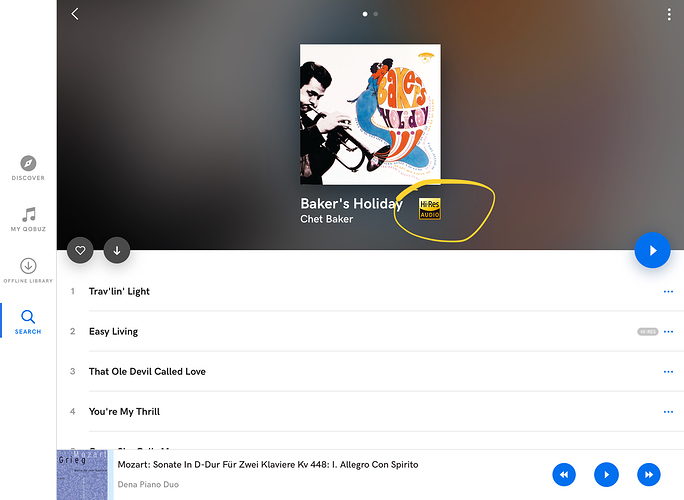 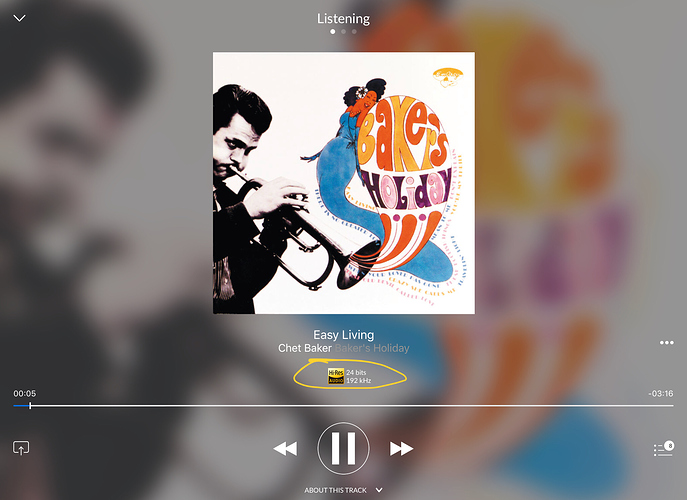 So looks like for that first album it is indeed Qobuz reporting the wrong number.

You will only get hi-res playback from Qobuz, if you have a hi-res subscription.