Just wondering, who or what owns Roon Labs.

As I believe the future is quite bright, I wouldn’t mind owning some Roon stock, if available.

As I believe the future is quite bright, I wouldn’t mind owning some Roon stock, if available.

Haha, wouldn’t we all!

It’s private. See this from Danny

Class organization, class people. Glad to be on board.

I always felt that Harmon International [now owned by Samsung] should have purchased all intellectual rights from Logitech for the Squeezebox.

Perhaps if Roon continues to grow it might grab the attention of some major company and be purchased. Maybe Tidal??? Seeing that Tidal is the exclusive music provider for the Roon product.

We are private. We were self-funded when we started in early 2015, with no external ownership. That situation has not changed. We are not for sale.

Oh really…means Roon can’t be bought -or- Roon is currently not up for sale?

I think every company can be bought for the right price.

Does Roon’s long term strategy end with the niche market of Audiophiles around the world? How will Roon keep itself from plateauing? From what I’ve been seeing over the past 15 years in computer audio LMS is the ‘giant’ of computer audio software…due to being free, open source, huge saturation among the audio hobbyist and solid UI which ergonomically fits many users needs.

Oh really…means Roon can’t be bought -or- Roon is currently not up for sale?

Not currently up for sale, and no plan to be. Your comment reminds me of Dr Evil from Austin powers:

As for the “right price” argument, the price we are currently worth is not a price we’d be interested in selling for. When we become worth that price, we will have bigger desires

Of course there is probably some point where prices line up, but let’s not get ahead of ourselves. We are just scratching the surface of where we want to be.

Does Roon’s long term strategy end with the niche market of Audiophiles around the world?

I would argue that right now, we aren’t catering to the audiophiles exclusively. Most of users don’t have expensive renderers. Additionally, our last update (with Sonos support) is only helping to bring on more and more non-audiophile users.

LMS is the ‘giant’ of computer audio software

LMS has large but dwindling footprint. It is extremely DIY, and is stuck in the past. I won’t comment about my feelings on it’s “solid UI”

Thanks again for your thoughts on this subject.

Have you considered going Open-Source?

I think the benefits can be huge, in addition will allow Roon to venture into paths that normally would be closed.
Users creating Third Party Plugins and Apps not only keeps your software relevant and up to date, but it pretty much frees Roon from the cost. Where would Android, Kodi, Linux, and so many other software/operating systems be without open source? Going it alone can be expensive and requires a lot of resources.

We have for some aspects of the product, but not the whole thing. Just haven’t had time to do so…

oh you have plenty of audiophiles, I’m one of them running my room core on antipodes dsgt server to chord TT to GSX MK2 to a few reference headphones. Im a contributor on head fi and know many fellow philes into roon or other platforms. appreciate the software, keep up the good work, and don’t forget us audiophiles out there.

Of course there is probably some point where prices line up, but let’s not get ahead of ourselves.

Possibly. Depends what you guys want to do. Continue making great products where you are 100% in control, or… not. Having control over your own destiny cannot be underestimated (and this is coming from someone who has been involved in four startups… only one of which I would deem to be a ‘success’ and that was because we stayed independent).

Well, its not as cut and dry as you make it…ie being in control. Take Ubuntu, for example or any distro of Linux, they are all open source ‘yet’ they have full control of their destiny. Its all about how you do it.

Have you operated a business with someone else’s money? It tends to have a way of getting its own way. Comparing to Linux is a pretty weak argument given that it is voluntary vs capitalism which is only there to increase total shareholder return. Two means attempting to achieve very different ends.

Roon is not a publicly traded company

Correct. And they are currently growing organically. The risk of capitalism comes in with investors. That’s the start of the slippery slope.

Rik, you keep talking about investors.

Anyways, @Danny does Roon have any contingency plans to branch out to other music providers. It appears all avenues have been looked into already and the doors are closed.

From the looks of it, Tidal ‘Roons only music provider’ will be closing its doors very soon. 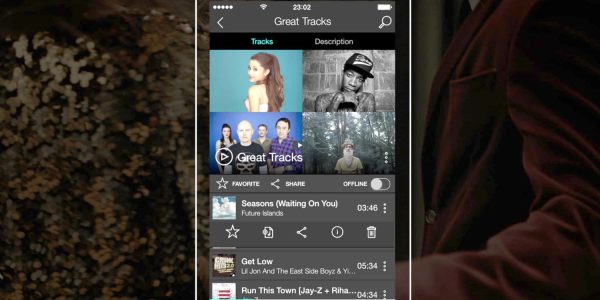 Hi-resolution streaming music service Tidal running out of cash, may close next...

Lossless streaming music service Tidal is reported to be running out of cash, having run up losses of around $44M last year. Jay-Z and other owners are said to have lost more than half a billion do…

This was already discussed in this thread. Danny commented several times

Is Tidal in trouble? TIDAL

I also understand the difference between a simple report and clickbait. Agreed, but the internet has enabled so much more since its easier to create. The issue has not changed: TIDAL is exactly the same as it always was (external investments away from death). Roon is at risk as long as it does not provide its own streaming service or has multiple partners allowing the full Roon experience. Roon members are at the mercy of streaming services unless they own all their content. What is there …

I have no idea if Qobuz is in any better financial shape, but it seems to me that Michael Larvorgna’s report on Audiostream that Qobuz is making a move into the US this coming year might open the door for another streaming partner for Roon. Of course, Roon has users in many parts of the world outside of the US, but I would speculate that establishing a partnership with a streaming service that was not operating in the US would be perceived as a limiting factor. I’m generally as happy with Tidal as I have been with any streaming service I’ve tried, and there have been many, but it does feel like the Roon/Tidal combo is slowly being painted into a corner as Tidal’s fortunes look more and more dreary. Have to say though, the prospect if figuring out how/if I can get my favorites out of Tidal into another service is a bit daunting! Cheers!

I’m closing this topic out before it becomes another topic about streaming services. All that can be said on this topic has already been said in numerous topics on this site, including the linked one above.

On the topic of open source, the comment above still stands, but this is not a very urgent goal for us.

On the original topic of public vs private, the post made 10 months ago still stands:

We are private. We were self-funded when we started in early 2015, with no external ownership. That situation has not changed. We are not for sale.

While capital for growth is always interesting, our vision of the company’s future does not align with the goals of venture capital. We will not risk our company’s future to fulfil the requirements of VC.