I am noticing that when I add 24/192 versions of an album in my Qobuz app they play as 24/192 in Roon; but when I add a title in Roon, even though the display under the album label says it is 24/192 the version that plays (when I open the playback chain) is the 16/44 version. Is this because Roon isn’t distinguishing between regular and sublime subscriptions and thus defaults to 16/44 whereas when I download in the Qobuz app it recognizes the subscription and tags the higher res version?

For a small percentage of content, Qobuz is passing us the sample rate of the version available for downloading, which can differ from the version they have available for streaming. We have made them aware of this issue and they are working on it.

Once they are providing the right values Roon will display the correct sample rate, but we’re not aware of any issues where we’re streaming the wrong content when compared to their app, and also note that signal path will always show you exactly what you’re listening to.

I am not downloading only streaming

Yup, this has to do with the data we are receiving from Qobuz, not what kind of account you have — Roon only supports streaming anyway.

The issue is that in some cases, Qobuz supports 2 different sample rates for a given piece of content - they can stream at one sample rate, but they also offer downloads at another sample rate (generally higher).

So the bug here is that for this content we are showing the sample rate for the downloads, instead of the stream.

For now, you can always trust signal path, and the sample rate values we show will update as soon as this issue is resolved.

I am really enjoying 1.6 and, as a result, I have just signed up for a month trial of Qobuz to add to my Tidal subscription.

I have been playing a number of files from Qobuz and I am noticing that Qobuz advertises them at one rate, in my example 48Khz 24 Bit (advertised under album art), but in reality it only plays in 44Khz 16bit (see signal path). You can see from the following screen shot. I have seen this a number of times. Is this a bug? 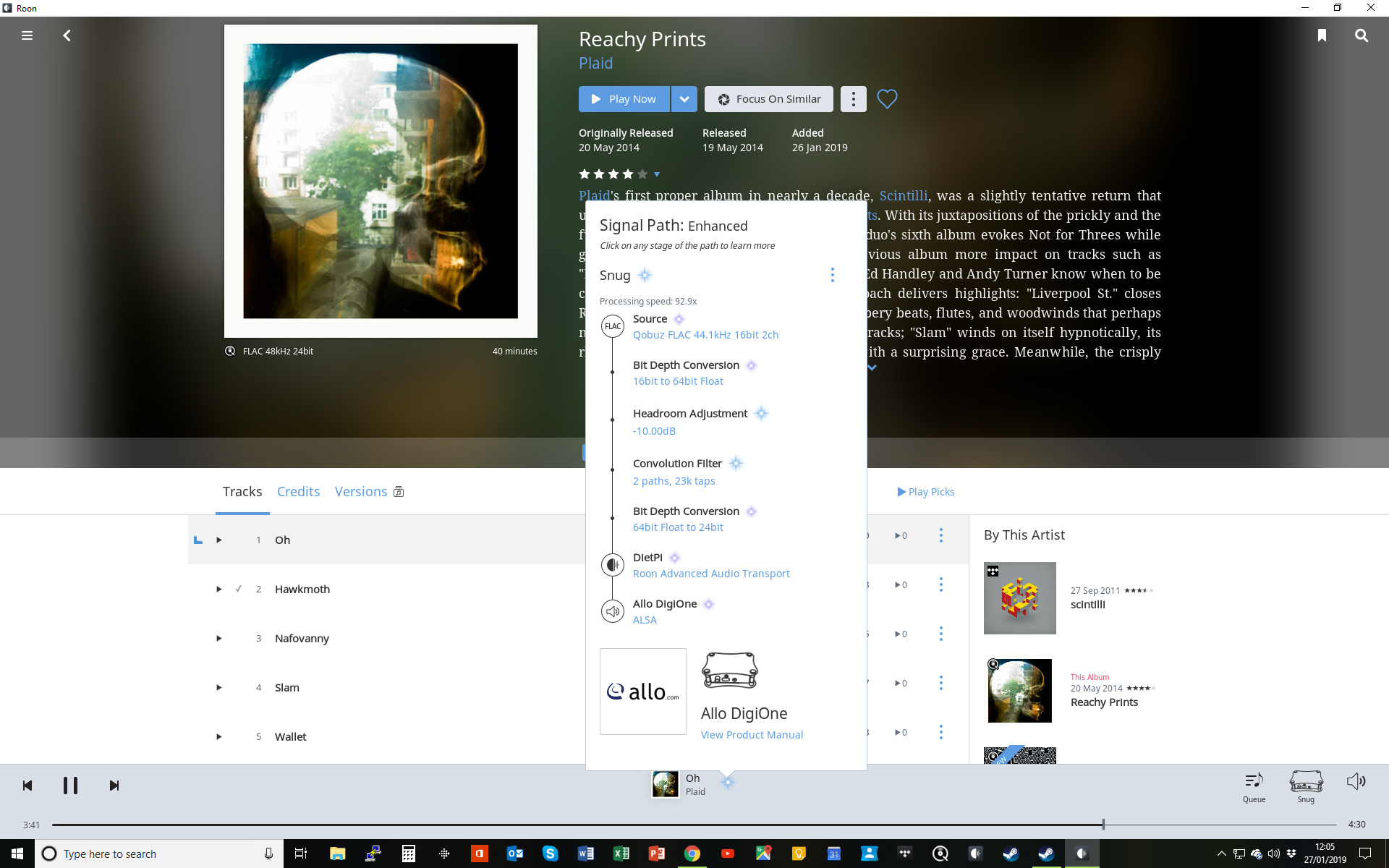 Ross: if you read Mike’s response (two posts up) you’ll see that there are two things going on: a) the resolution shown on a Qobuz title when you search for it is the max resolution available for download (purchase), what actually plays in streaming format (and thus in Roon) maybe less and is shown when you click on the * in Roon, and b) Roon has asked Qobuz to update what gets displayed to be same as what actually plays. Now that I actually understand the difference, I’m actually ok with seeing the two different numbers as it tells me there is a higher res version available if i want to pay for it.

Hi @sdolezalek. Thanks for the reply.

My post was merged in from a separate thread, which is why it looks like it is repeating some of the questions answered above. It makes sense now to me.

@mike there’s a separate bug that qobuz responded to last week whereas people sign up for studio and get high res instead. I don’t know if they told you about that one but just wanted to let you know about that as well.

Please see my reply, if you signed up for studio and you’re only getting high res you are being affected by the bug that I mentioned

Thanks @late_nighter23. I just had a look on the app and I do think the level of subscription is right and I can play various high rez files via the Quboz app. I will do a bit more checking.

Any updates on this issue? I have given up on qobuz for the moment. They told me the issue was with roon @mike