is the RAAT protocol actually documented anywhere publicly? If not, how do I go about learning about it?

What’s there to learn, it’s not open to tweaking
/ customisation

@RoonFAQ
See if that brings anyone in who might give a more accomodating answer!

First of all RAAT is proprietary technology from Roon, and as such not open sourced.
And secondly it’s a protocol that the Roon infrastructure uses to send audio data, independant of format, to audio end points.

So, maybe the question is: what do you want to tinker about?

Instead of RAAT, see if this helps with your needs: 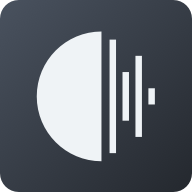 Javascript Roon API. Contribute to RoonLabs/node-roon-api development by creating an account on GitHub.

I love learning and fiddling with things. I would love to know how roon bridges work more so that I could possibly think about making my own. Is the linux roon brisge itself available to scrutiny?

Roon Bridge is a program that gets installed on Windows, OSX or ARM devices and acts as a bridge between Roon’s server and the DAC. You can roll your own any time you like (many of us do using SOC devices), but other than installing it there’s nothing to tweak.

I know what a roon bridge is - I am asking about the source code/documentation for making one. How can I roll my own if I have no resources from which to understand what is involved?

Well that code isn’t available, it’s proprietary to Roon so the only thing you can do is use it with suitable hardware to create a RAAT enabled endpoint. All of this was obvious from the earlier replies in the thread.

Linux Roon Bridge is available in four flavours: x64 32 and 64 bit, ARM7 and ARM8. All publicly available information (including the download links) is here: http://kb.roonlabs.com/LinuxInstall.

It’s basically a bunch of scripts and binaries. Easy installers are available, but your can also config stuff by hand. In the words of Roon themselves:

If you are curious about how to do this by hand, feel free to poke around in the scripts–the information is in there.

You can open up and edit the scripts to your heart’s content, but the binaries are closed.

@evand - thank you, but it was not clear. From my viewpoint as a software engineer ‘roll you own’ does not mean installing a proprietary piece of software - the already available linux Roon bridge developer by someone else - onto a SOC device - that was designed and manufactured by someone else - which is running an operating system that was written by many other people. That is where my confusion stemmed from.

I now see that the Roon software system is completely closed, proprietary and locked down and the only ‘erhmm’ tinkering one can do is use the node based API to add extensions to the Roon controller.

I am a bit clearer now, thanks

I would like to know the protocol for the connection and discovery strategy to eventually solve the room playback over VPN systematically. Currently it looks to me like blind experimenting in the respective thread.
I only care about that part. How the packets are structured is not required.
Thanks,
Mike

I’ve not found the documentation you’re looking for but a lot can be gained with a simple packet capture to answer some of your questions.

Additionally, there are a number of open source and/or documented audio streaming technologies out there. One standard is Audio Video Bridging (AVB). This is a collection of IEEE standards which, when used in combination, would let you tinker in this space. If you start looking at packets on the network you’ll find various bits of this standard being used by various vendors.

Now, be aware, AVB requires a bunch of ethernet standards for full implementation. Ethernet is a L2 protocol and, as such, is difficult to get stability over a WAN (or L3) network/VPN (yes, you can build L2 VPNs but there are latency requirements within ethernet that can quickly become violated which can cause things like AVB to fail on a L2 VPN). There are different specifications and ways to synchronize audio over a wide area network.

Might be an NDN play here, as in this talk: “Low-Latency Media over NDN”.