"Rattle"ing the Cage Once Again

My last post about the TIDAL import of Simon Rattle’s Complete Mahler Symphonies remains unresolved IMO. I believe this is another case of Phantom ID Syndrome.

This bug occurs frequently (for me) when importing albums from TIDAL. The album presents itself as being IDed. But in fact, it is not IDed at all. There are no other common linked metadata: no performance dates; incorrect track numbering; no credits other than Rattle; and no metadata links to common compositions.

This should be dealt with because it goes to the heart of Roon’s value proposition as a provider of integrated metadata, done effortlessly and professionally. Others and I have written about this over the last six months or so, yet the phenomenon continues.

One other disturbing thing. Because of its official “IDed” status, this particular problem, and others like it, is unlikely to make any exception list Roon keeps for tracking. So it may have no official idea of the magnitude of this problem.

You could apply the Rovi metadata for this set. Identification Wizard search terms are Simon Rattle and Mahler: Complete Symphonies.

@joel had written this as a response, perhaps thinking that it resolved the matter. There are three possible ID choices when trying to Identify Album: the phantom album with no credit tags or metadata links; a CD version with 30 recorded track errors; and a download digital version with 70+ errors. So I’ve stayed with Roon’s first choice from now hoping to hear back about a fix.

I also neglected to include screenshots last time. Here is a portion of the album page (the actual has 14 discs worth of listings on a long scrolling window): 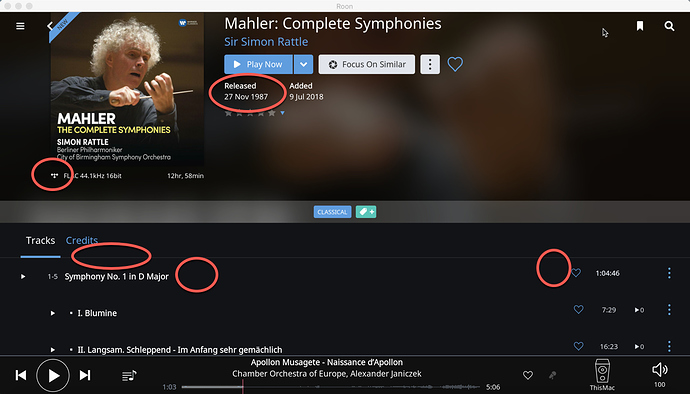 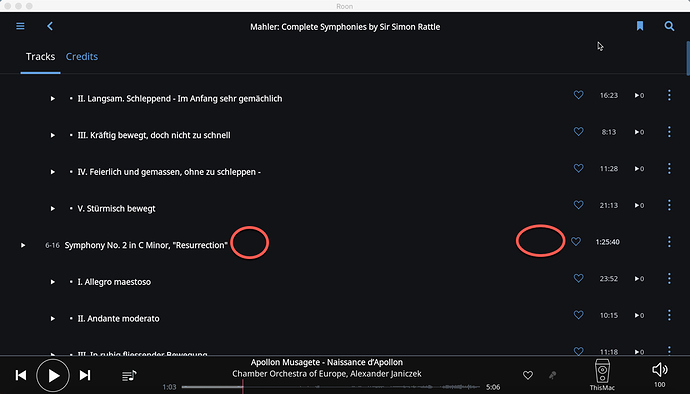 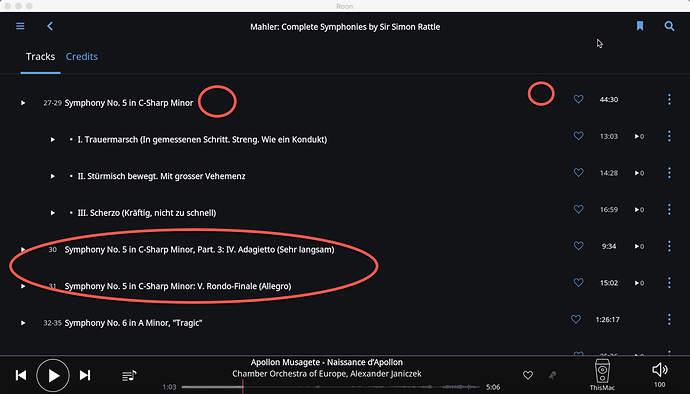 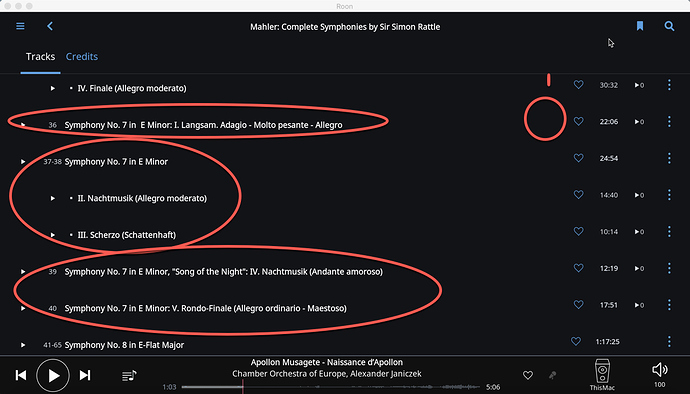 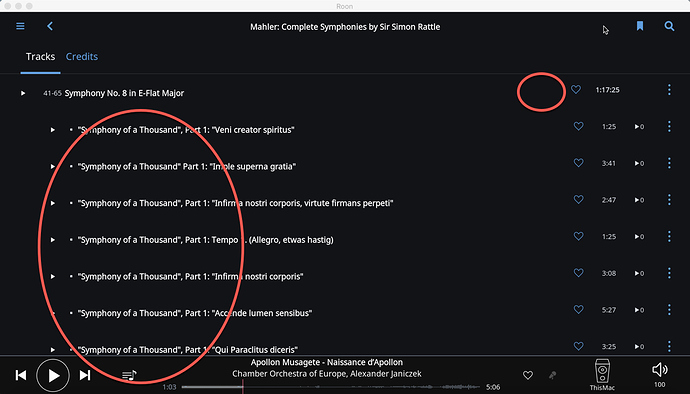 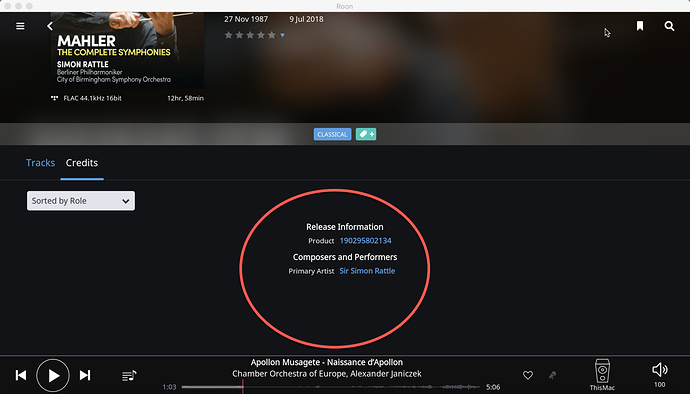 Again, this is not about mere appearances. With 3000 albums, an unIDed album such as this one quickly gets lost in the shuffle.

The metadata Joel pointed you to looks right (cover etc), but the works are in a different order to the Tidal version. Maybe it’s the download version, which Roon lists but has no metadata for.

This is just a matter of missing metadata. There are lots of examples. The metadata in the world is uneven.