Back before Recent Activity, when you were at the recent additions section and you clicked “View All” you were taken to the Albums view sorted by most recent and if you have “allow for more covers and photos” set, you get 36 covers on a page (four rows of nine albums across). Now, in the Recent Activity section if you set it to Added and then click on View All, you get taken to a Recent Activity page that unlike other such pages in Roon scrolls vertically instead of horizontally and also displays only 5 covers across instead of nine.

Now, I personally think that everything in Roon should scroll vertically instead of horizontally, and if the new Recent Activity behavior is a harbinger of things to come, then great. But it is weirdly inconsistent with the rest of the way Roon works and is confusing at best. Indeed if my window size were set differently, I might have thought that all I was getting was a display of 10 covers since I tried and failed to scroll the page horizontally.

But the bigger issue, for me, is (1) not having the smaller size cover, and (2) the fact that this screen tops out at 100 albums. I might well be looking for something recent that is more than 100 albums old. I much preferred the old behavior where I’d be taken to the complete Album view automatically sorted by most recent.

All my recent added albuns are gone in the recent section.

This is my iPad view after the update. Where should “recent activities” be? 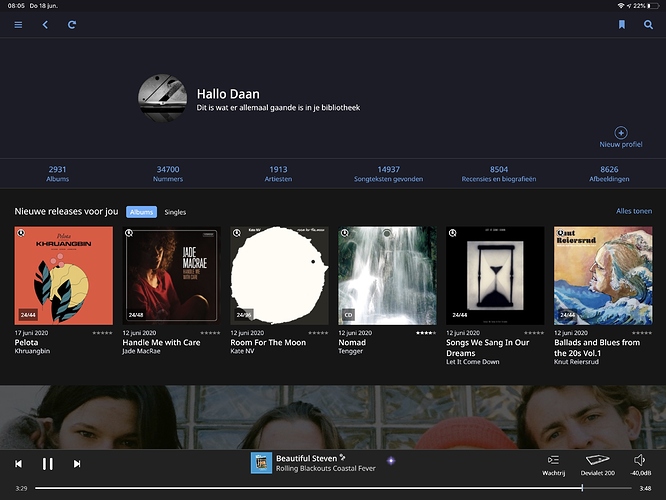 Is the iPad on the new release too or just the server?

The iPad and iPhone app are updated. The server doesn’t show an update (yet) 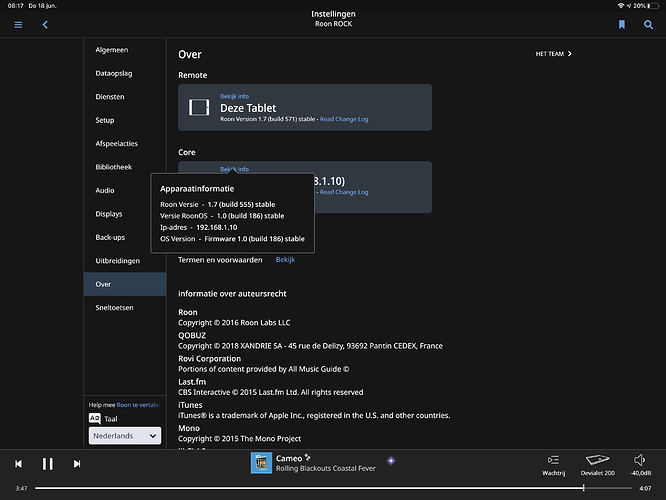 Your still on 555 so you won’t see new features. Reboot the server.

YES! After rebooting it showed the server update. Now it works, thanks!

I’m likewise in favor of a consistent vertical scrolling UI and like this change, as recently added is my most often used screen.

I can understand that showing more than a fixed number of items within a “single” viewport might be to limit resource usage, so maybe a future release could implement a custom viewport to manage resource use and maintain a reliable scrollbar indicator while allowing “endless” scrolling.