I have a ton of classical albums favorited on Tidal and Roon is only recognizing a little over half of them (2/3 max) as classical albums. To be clear (but in a way even worse), it is recognizing them as the albums that they are, i.e., with the right artist and label and pieces. But it doesn’t have their genre tagged as classical, so when I bookmark a page for my classical albums they don’t show up (and when I switch to not classical they do show up). I’m now part way through manually marking over 600 albums as classical. Am I missing something? How can Roon’s software recognize that an album is Shostakovich’s Symphony No. 11, played by the Royal Liverpool Philharmonic Orchestra but not recognize that album as a classical album? (and so on)

Thanks for any help.

Roon ROCKs and that’s awesome. I am not cynical. Classical? Are the developers listening classical music? Doubt about it.

I can think of several things which might be happening. Show us some screen shots of recognised classical albums without a Classical genre and we’ll have something to chew on.

To dispel any preconceptions about the Roon team, I know for a fact that at least one of the senior Roon team has an extensive knowledge of classical, and all are appreciative of an unusually wide range of music. And they have one or two good external advisers to boot.

Thanks. For what it’s worth, I’m more puzzled than complaining; my impression is that Roon is working hard at making the user experience as good as possible. Here are some screenshots of what I’m talking about. 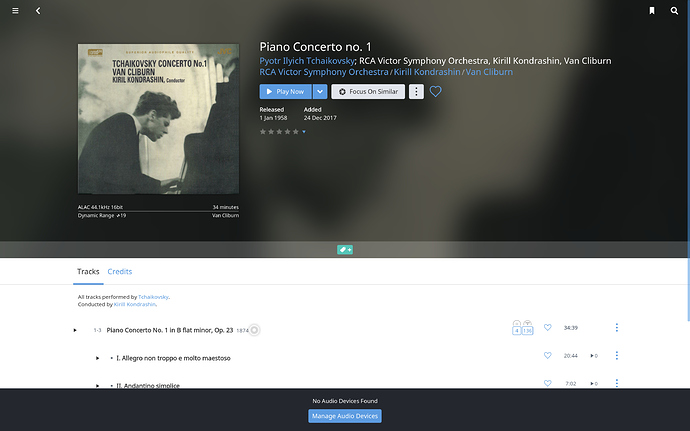 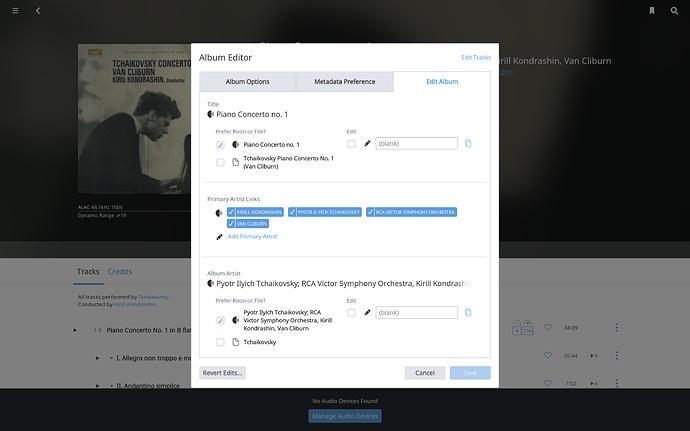 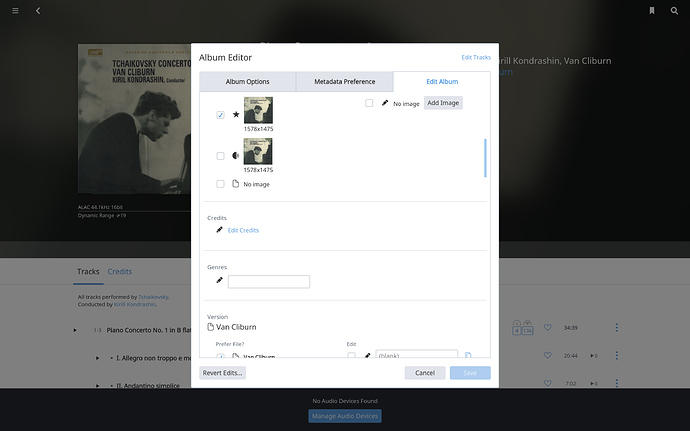 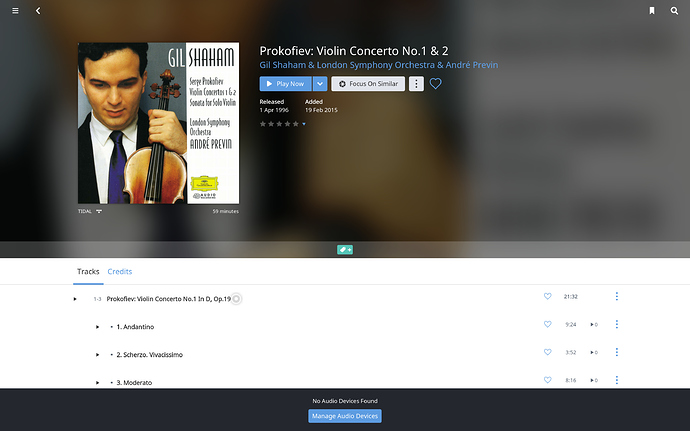 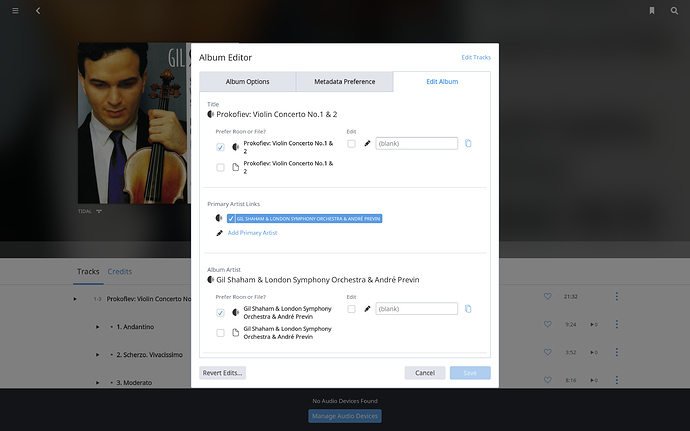 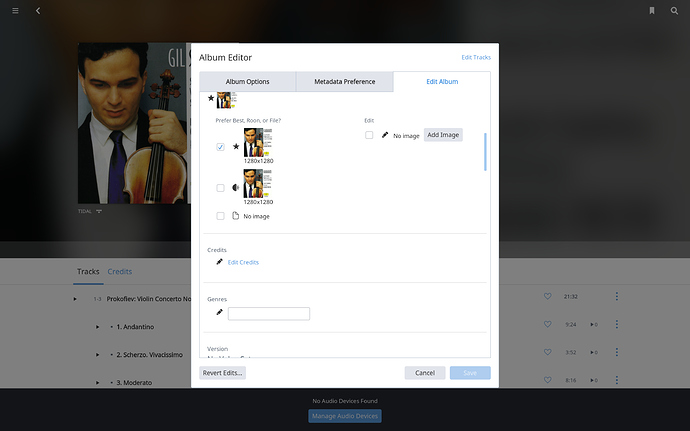 Here’s one more, this time of a page of not classical albums, which is where classical albums are showing up when they aren’t tagged (or marked or whatever) with a genre. 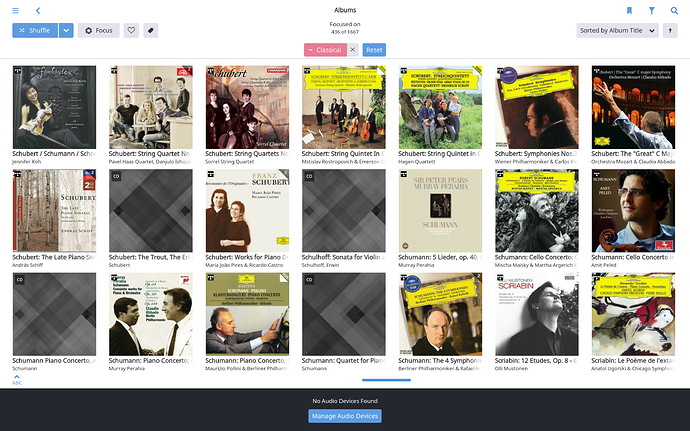 It’s clear what’s happening in the two main cases. First please note that the Roon metadata service brings together input from several sources, including Tivo (where Allmusic gets it data too), Musicbrainz, Tidal and others unknown. The quality of the metadata is variable.

In the Van Cliburn case you have ended up with a secondary metadata source. This is immediately obvious from the fact that the composer is (incorrectly) one of the album artists. If you reidentify and navigate to this:


you’ll get the genre and other stuff like performance date and venue (and mastering engineer for this Japanese release).

(Aside: IMO it is a flaw that Roon should ever choose Musicbrainz over Tivo for classical releases. The metadata is always better from Tivo in these cases, in my experience.)

In the Gil Shaham example, Roon is assuming that Tidal has provided sufficient metadata, and therefore calling the album “identified”. This is also a problem in Roon IMO, because the metadata from Tidal is (again, in my experience) never any good for classical. A simple re-idenfication in Roon gets you to this from Tivo:


which gives you the genre, and recording date etc.

Have a search of the forum regarding identification of albums. It’s a complex area. Roon does its best but is always improving and growing in this regard. And some level of user action is required to get the best metadata, rather than just some metadata.

It’s worth checking your imports to check whether you can get better metadata in this way. Soon you’ll get a sense - from triggers like the composer in the album artist field (and others) - of whether you can improve on what Roon first gave you.