I am very new to ROON and want to know the best/proper way to name/store different versions.

I have all my CDs ripped to my Synology NAS in both ALAC and FLAC. I also have a pretty large amount of tracks purchased from HD Tracks stored there as well.

My question is what is the best way to combine these two different libraries? I have built a NUC10 i7 w/500Gb SSD for ROCK and 4Tb SSD for music.

I have moved all the CD files from the Synology to the NUC. The naming convention is pretty standard:

Now obviously I can’t put the HD Tracks version of the same album in the Artist folder, so where do I put it and how do I name it for ROON to easily and properly recognize the album different album?

Do I create a folder called ‘HD Tracks’ and drop all the purchased music in there with the same naming convention as the Redbook Rips? What will ROON do with the folder named ‘HD Tracks’?

Also, now that I have a Lumin X1 I will be buying and downloading DSD Files. How would I integrate these files with the above?

This is really a case of measure twice and cut once. I just want to do this right from the beginning. If there’s a proper way of doing this I’d like to know. No reason to reinvent the wheel…

I use this folder naming convention:

Roon displays such an album as follows: 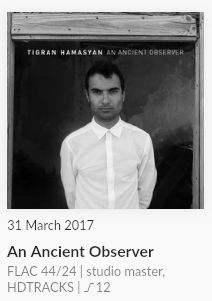 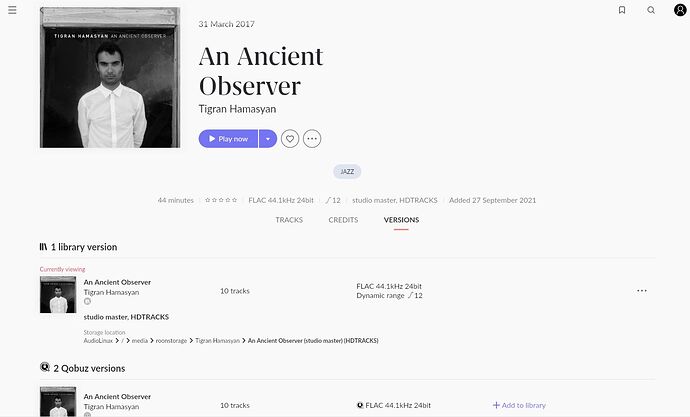 If you add an album to your Artist folder add the version in square [ ] or normal () brackets Roon will see this as the version . Hence the @DanielAvasilichioaei example above.

Does it matter which you use?

I have different base folders that everything branches out from. i.e.

And under each I have a folder for source origin. And under that I have the standard Artist/Album/Track
So, for example

So, Fleetwood Mac files might be under the different sub-folders, but, in Roon, it is all compiled together. The text in the parentheses will be added as Version Info in Roon.

Just in case anyone else is wondering like I was initially…

Fwiw, my ‘main’ music library is all my physical CDs ripped to FLAC.

I buy digital albums as well from Bandcamp, 7Digital, Prostudiomasters, and sometimes HDTracks.

The only time I might have a duplicate album is if I wanted a high-res (24-bit) version of said album that already exists as a CD-ripped (16-bit) copy. In this case I append the album folder name with [24-Bit]. I also add ‘24-Bit’ in the metadata Comment field. ROON sorts the duplicate album in Version accordingly.

The bracket format used is personal preference since within ROON you can select which type (or both) to filter on when importing.