I am running Roon Remote on a Sony Xperia TableZ1 running Android 5.1.1 and have a text display problem. This usually, but not always occurs after viewing YouTube videos on the tablet. The displayed text is blocky and not legible. If I reboot the tablet and restart Roon on the tablet, the text displays perfectly. Any ideas? 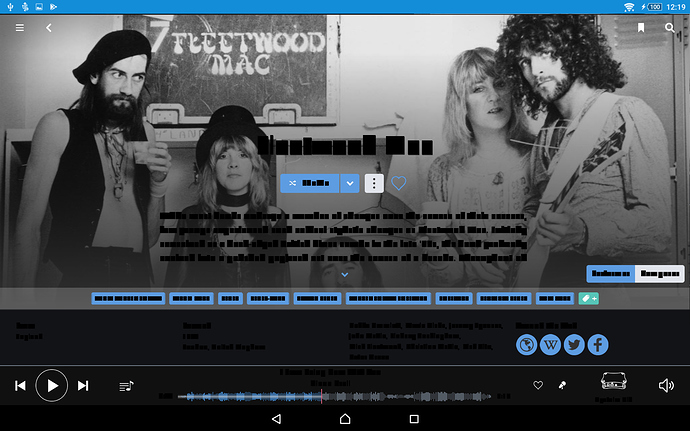 This happens when the device is low on the available graphics memory.

I can only assume YouTube (on some other app) is not releasing the memory it was using.

Have you tried just shuting down the other apps, rather than rebooting the device?

I can clear the YouTube app cache in the Android OS settings and that fixes the problem without a tablet restart. I wonder if this is an Android problem that is fixed in a newer OS version.

I wonder if this is an Android problem that is fixed in a newer OS version.

I’m not an Android user, but it could be … are you able to run a later OS version?

Not unless I root my tablet and manually install a newer version. I am looking into it.