I am looking for piano oriented music that is good for a cocktail and dinner party that is more interesting then “background piano” but does not break into jarring jazz piano solos. There is a time and a place for that! So please post jazz, piano, pop, contemporary music songs or albums (or playlist links). I could even go a little EDM towards Hotel Costes or Cafe Del Mar. Feel free to push the envelope if you get what I am after!

Try Ola Gjeilo - pretty much any of his releases.

Try Soma FM, they have a lot of great stations. Like Secret Agent, sounds like what you’re describing.

I like Beegie Adair… i wish they had more variety of photos of her in Roon!

I like Soma. Ultimately I want a playlist, but Soma could be good for discovery.

Yes, for pleasant background. I have 4 of her Christmas albums on a shuffled playlist for the Holidays. 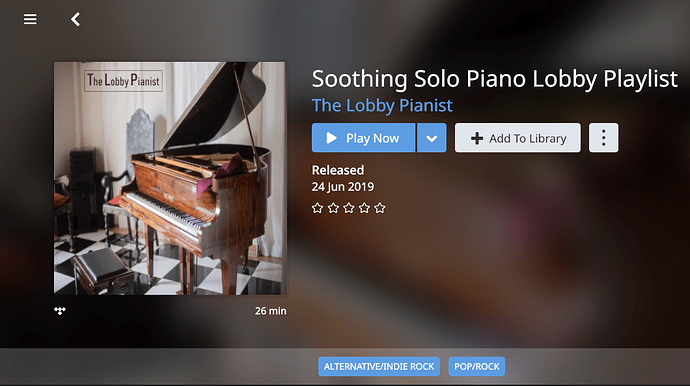 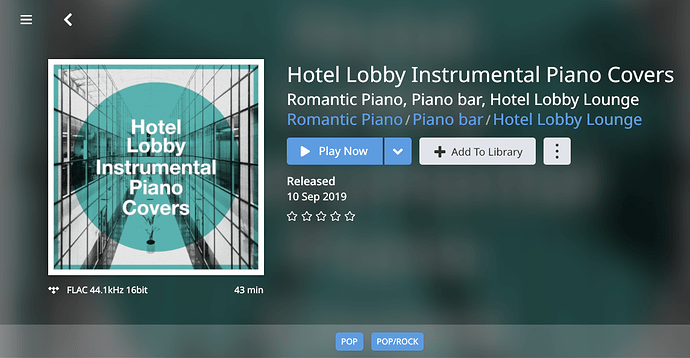 Imagine being so hungry you have to go into a studio to do this.

Thanks for the post @Aldos_Zxz… the reason I posted here was to find interesting suggestions from the Roon regulars here… I don’t want the generic no-name songs that the streaming services or labels are putting out.

Try something by Bill Evans. His Top of the Gate album is a great sampler. While it is not exclusively piano it should meet your criteria: interesting but not jarring. Given its age, I can’t call it trendy but he is acknowledged as an influence by many current jazz pianists.

Oh - where would I start?

I think I have loads of this style of music. Perhaps some of those ‘lounge’ or bachelor pad compilations would be a great starting place. Or somebody like David Axelrod - The Edge compilation is great as are his first two albums.

If this thread is still active I’ll think of more.

Yes please… i of course have found a lot of complications…

I like Parov Stelar in the more upbeat lounge… I want a mix, not just piano forward music.

I was thinking more along the lines of old school ‘lounge’ compilations such as Ultra-Lounge. I have the entire series, but this might be the best singular release based on the topic. Largely big band with a ‘groovy’ vibe. 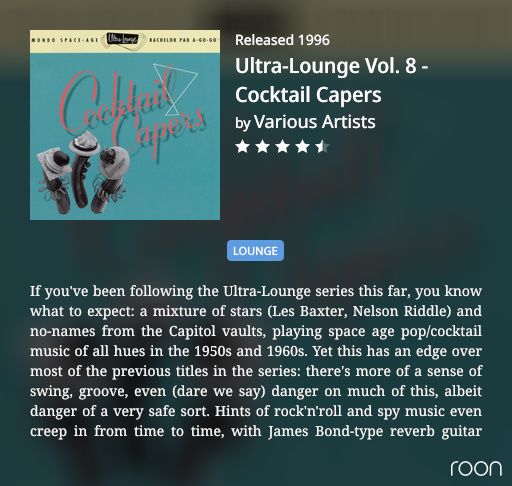 Similar vein - there was this entire series, I’ve selected 2 (I prefer vol 4, but you may like exotica inspired tracks). 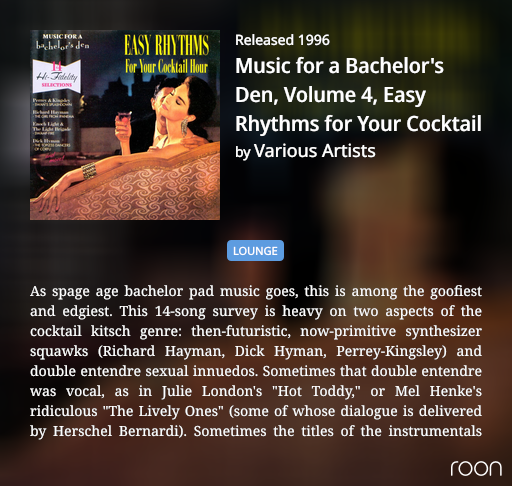 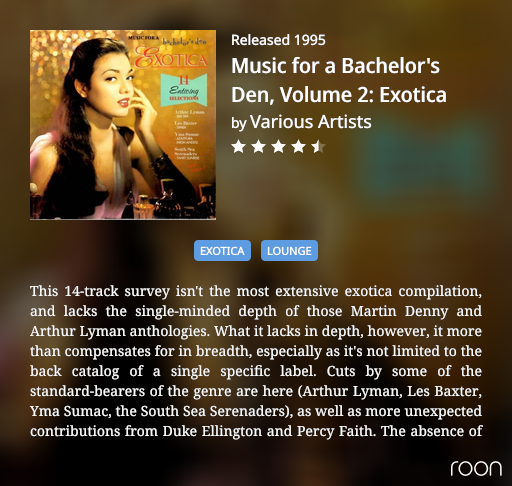 Moving onto the late 60’s-70’s - which is when the term ‘library’ became more prolific. Excellent recording and playing! 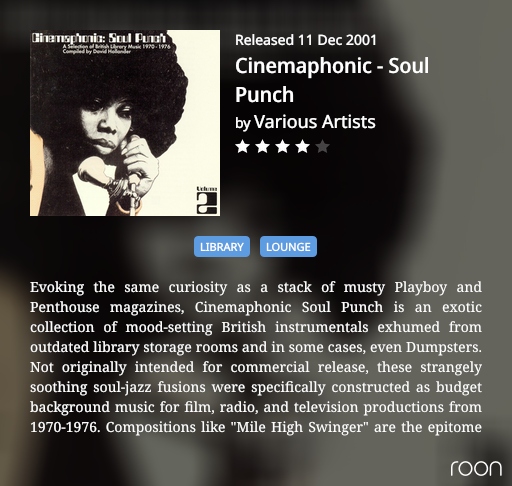 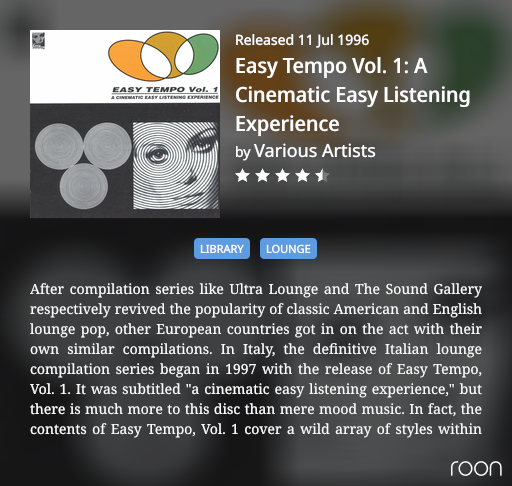 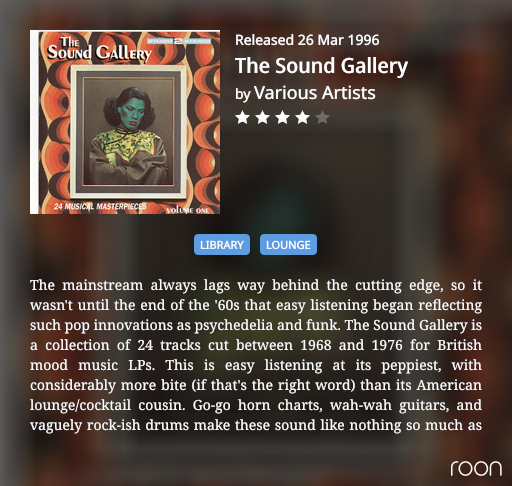 There’s also (I won’t include pictures), compilation albums from KPM ‘library’ label, Chappel music and Bosworth off the top of my head, along with many others.

Break beat/‘groove’ series (I have 16 volumes) 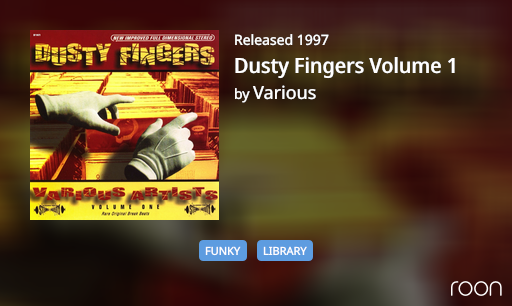 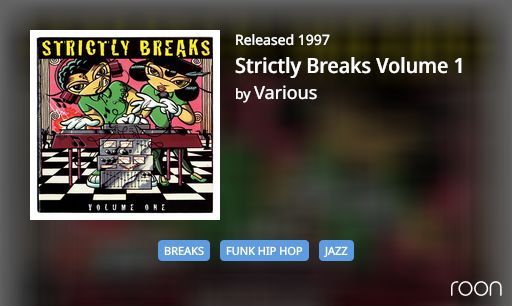 This is a pretty good album, that could quite happily fit into Hotel Costas/Cafe Del Mar series, albeit Pink Panther themed. 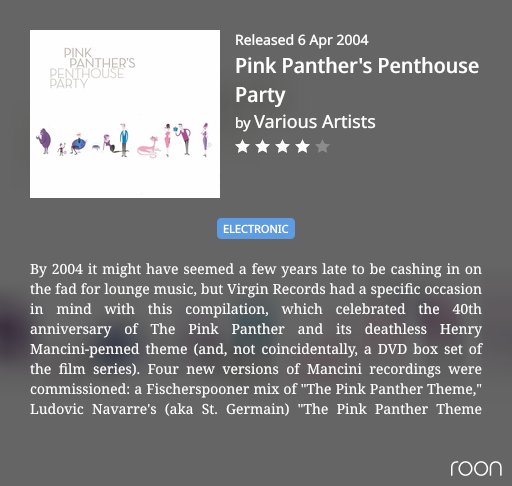 I did mention David Axelrod in my original reply. 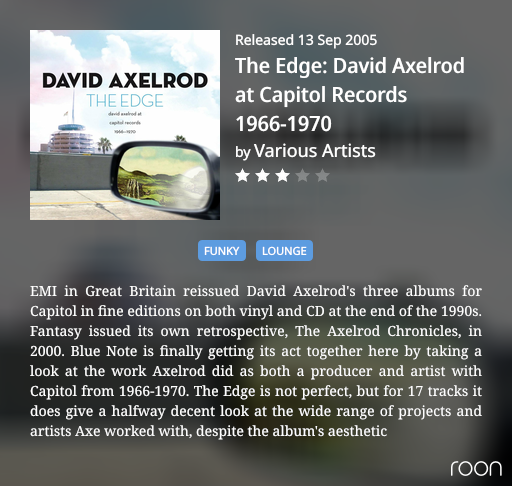 Whilst allmusic review downgrades this based on its lack of aesthetic consistency, I disagree. I think it demonstrates his depth & diversity both as a producer and artist in an aurally pleasing manner. The styles may differ, but I think it gels well.

Perhaps something like this (as I’m listening to it now). Current artist, sort of funky, yet trying to create an old school vibe.
Adrian Younge - Voice of Gemma 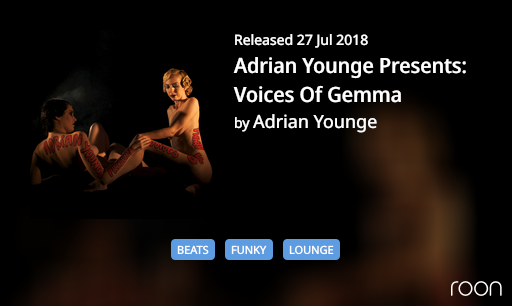 hogging the thread. Hope there’s something here that interests you, at the worst, there’s a pile of music to discover.

I’ve tried to reduce the length of this thread by resizing the album covers.

Edit
Been years since I learnt HTML. I just couldn’t find or work out a way to align picture left and include text right to make the post not as long. I did try.

Awesome list… I have a couple of Ultra Lounge in my library but not that top one.

The second series, Tidal USA is not finding for me, same with some of the others. But I got a good mix and pulled in some related. If only I could share back my playlist via the forum (a feature request I have put in).

I hope those ideas were of some use…

I’m one of the few around here that only uses my local library (I did have Tidal for a few months, but it was hardly used), so I have no idea what the streaming services have available. Sorry about that.

I don’t like “fake artists” that are common on Spotify, and maybe other services too. Fake meaning the streaming platform contracted out recordings at low cost. No credit to the musicians.

I found Eximo Blue on Tidal and they have 121 concept jazz piano albums. Should I assume they are fake or has anyone heard of them?

I am looking for some swinging piano that takes jazz standards a step forward, but not edgy (like Brad Mehldau or Keith Jarrett can get). So a more modern Beegie Adair (listed above)