Request for system design feedback, what did I miss?

Do you know if the RPi3 endpoints can deliver on the full hi-res potential of Tidal/qobuz/etc, or if an upgraded solution is necessary?

As long as your network is fast enough (video streaming is a good metric: if you can stream Netflix to it, you’re good, but do keep in mind that WiFi reception may be substantially less strong on a Pi than on a laptop or tablet.), an even severely underclocked Pi will be at a small fraction of CPU use under the type of load you describe (think less than 5%).

Why is the MQA decoding capability unimportant? The ability to decode MQA is a key differentiator between the two DACs I am considering.

I’ll try to say this gently, so as not to hurt the feelings of the MQA faithful.

There are two types of MQA decoding, which they call first and second unfold.
First unfold is what matters, because that’s what brings it to a little bit less than 24/96. Second unfold is essentially just upsampling.
Your Roon core will take care of the first unfold, an MQA’d DAC would do the rest. I personally would not consider MQA ability in the DAC a significant differentiator.

This. You’ll probably be fine picking one or the other. I’d pick Qobuz as well.

If you’re going to use USB out, you might want to look into a Pi4.

Personally, I would prefer a generic Ubuntu (x86) or Raspbian (RPi) distro over the specialized Rock/Ropiee distros. Installing RoonServer/RoonBridge over one of those is pretty trivial. But you retain the ability to ssh into the box and install other potentially-useful packages (like shareport-sync on the endpoints).

FWIW, DietPi will offer those services.

On a LAN connection yes…Even DSD is possible, but on wifi I have seldom got better than 24/96 YMMV.

FWIW I have two RPi3b units with HATs, each of which plays upsampled PCM (power of 2) wirelessly without any drops at all - the key for me was using an inexpensive WiFi dongle. So, as with most things I guess it’s best tried out and then responded to accordingly.

Is that true of HDMI in general or just HDMI with Raspberry Pi? I was going to use HDMI from my Nucleus to Oppo.

External WiFi dongle will help a lot, but this too then causes issues with usb bandwidth. RPi 4 is better here

Yep. Sound advice all. Thanks. I’m popping the server in the server rack and hooking it up via LAN. Will test WIFi to the endpoint, which is about 20’ from the router. If that fails, I’ll suck it up and run the cable.

Appreciate the detailed responses! Thank you. I’ve got 2 teens that put a pretty heavy load on the wifi between video streaming and gaming. It’s been pretty robust, so I am cautiously optimistic.

Thanks for the pro tips. Upgrading to rpi4 accordingly and will test native and dongled wifi on the endpoint. If all else fails, cable it is…

I think your Optiplex will work fine to start with. Why buy new stuff unless you find the old stuff doesn’t work?

And I feed my DAC with an RPi 3B+ over WiFi, just fine! No additional dongle. No need for a Pi 4 unless you intend to use Ethernet. The main advantage of a Pi 4 over a Pi 3 for RoPieee usage is the better Ethernet+USB behavior.

Skip Tidal and Qobuz to start. In fact, I’d just get Roon, and start with your existing FLAC files. Get everything working. Then maybe add Qobuz and/or Tidal.

I’d also suggest, don’t worry about MQA to begin with. Don’t spend money on a DAC with it if there’s a good one without it that’s a reasonable alternative. Maybe the Topping DX3 Pro, for instance, half the cost of the D70. You can always get a different one next year if you find you need MQA. And sell the other one.

And WiFi works fine, unless it doesn’t. If you get skips or pops or crackles or drop-outs, beef up the WiFi, or use Ethernet. Mine works just fine.

Why is the MQA decoding capability unimportant?

I really can’t see that it is important. I have an MQA-capable DAC, and I’ve tried MQA a number of times, but the rest of my system (Onkyo amp, ~$700 speakers) probably isn’t enough to reveal MQA’s advantages (if they exist, which some doubt). Regular CD-quality music will sound great without it.

I disagree. If you stream from Tidal, you need an MQA DAC. It makes a huge difference.

I expect that you were comparing the price of a complete Allo kit (RPi, DAC board, case, power supply, …). Since you need to buy an RPi anyway, the relevant comparison is the cost of the DAC board itself, which is $65 brand new.

Since you need a pre-amp, this is probably all moot. But, were that not the case, I would have suggested that you buy an i2s hat DAC and — in the unlikely event that you find it unsatisfactory — you’ve lost very little in the experiment.

FWIW, here are Archimago’ measurements of the HifiBerry board that I previously recommended (uses the same TI PCM-5122 DAC chip as the Allo, also has dual clocks and a similar design). Among other DACs, he compares it with the very well-regarded TEAC UD-501 which used to retail for $850.

If you stream from Tidal, you need an MQA DAC. It makes a huge difference.

James, I’m sure you believe that to be true, but I’m also sure it isn’t in this case. As @Xekomi explained above, Roon will do the “first unfold” in software, which unlocks all the content below 20kHz. The ultrasonics above that (which in MQA are hidden below the noise floor of the recording) are what the additional “second unfold” brings to the party, and the OP would have to spend at least an order of magnitude more on his amplifier and speakers, not to mention room treatments, to hear that. Not to mention would have to have the ears of a young bat. 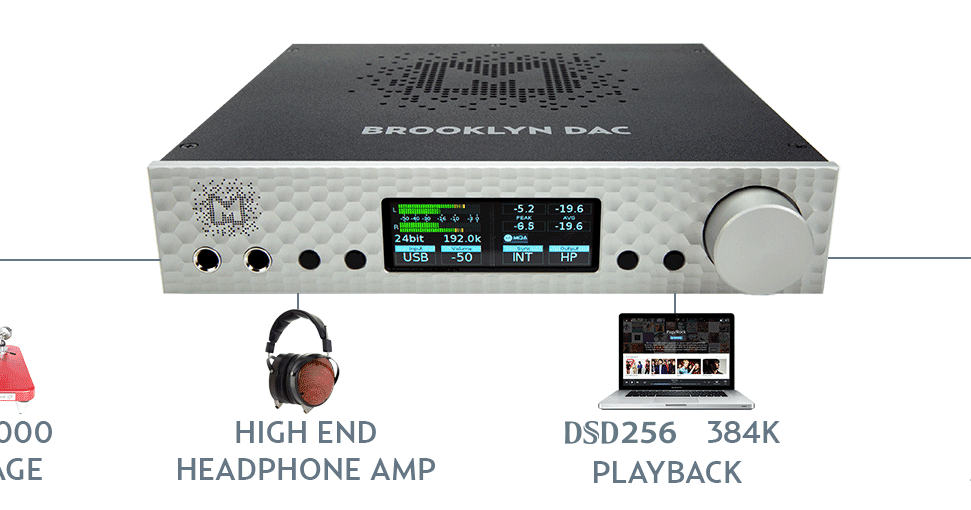 As promised in my last blog post about software MQA decoding , I have been wanting to have a peek and listen to hardware decoding. Due to ...

There’s just not much difference there to be had.

And perhaps, not taking it as gospel, but just as one man’s opinion, a man who’d been looking hard at MQA for most of 2017:

Looks like an interesting art exhibit :-). I know... I said the previous post was "final". But I just had to kick the horse one mor...

I disagree. The punch and bass is markedly different with MQA.

Hi Chaps,
Good discussion but lets not turn this topic into yet another endless MQA debate … both viewpoints well expressed … let’s now leave it for the OP to determine … by auditioning.