[Resolved] Album on All Music but not identified in Roon (esp. Charles Dutoit - The Planets)

I have seen a few posts about this album (Artist: “Charles Dutoit / Orchestre Symphonique de Montréal” Album: “Holst: The Planets”) but have been unable to resolve the problem of not being able to find metadata for this album on Roon 1.2.

I have found the album on AllMusic (their ref mw0001531034) but have not been able to find it using Roon’s ‘identify’ feature.

Is there a way of forcing Roon to take Metadata from AllMusic for a particular album?

@Ian_Grant1 Hi Ian, we had an equivalence problem with this album which I’ve fixed with a manual edit. The correct metadata should be available by Monday evening at the latest, if not tomorrow evening.

Thanks for bringing attention to the problem.

@Ian_Grant1 Hi Ian, you can try identifying the album now.

That worked, thank you. Not criticism but a couple of refinements might be required:

But it was easy enough to replace with the one from All Music which matches the CD that I have got: 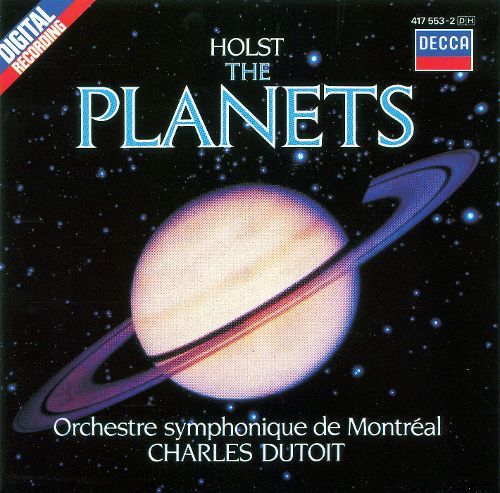 Thanks again for resolving the metadata, much appreciated.

Hi @Ian_Grant1. I appreciate the comments. It might not surprise you to know that we are aware of the current artwork limitations and are considering ways, within the existing product architecture (or not), to provide a better artwork user experience. If fact, we’re always looking for ways to improve the user experience!

Hopefully this thread isn’t so old no one pays attention to this, but I am new to Roon and struggling thru the typical classical collector issues. With this title, all 5 of my recordings of the planets have this album name “Holst The Planets, Op. 32”. Roon has somehow changed that to just “The Planets” for 1 album or “The Planets, suite for orchestra & female chorus, Op. 32, H. 125” for the other 4. In neither case was my album title used as the composition. I don’t mind changing album titles so everything is found, but wonder what the source of metadata is used.

as far as we know, allmusic and musicbrainz

bit of a trade secret

Thanks. That explains it. Bernard Hermann’s London phase 4 recording is only found in musicbrainz and the other 4 are found in allmusic, so Roon seems to have issues correlating between music services to present a unified result set.